From the digital to the social revolution

The Greek election confirmed a trend that has been growing over the years, namely a divorce between the people and the elites or hierarchies which to date have controlled them. The Internet has brought with it new systems of learning, of lateral thinking and has highlighted the individual quest over the acceptance to receive orders. To what point will this create a social revolution? 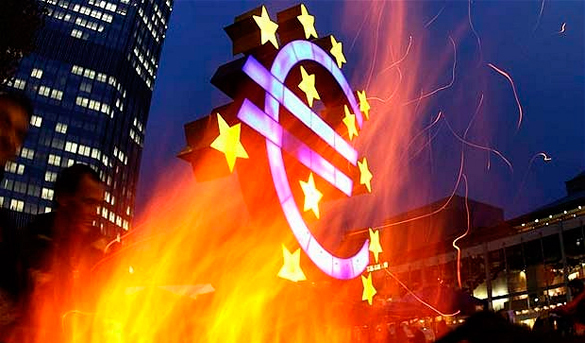 Abstention in the recent Greek election reached 44 per cent of the voting population and on October 4, it may be the abstention vote, rather than the active vote, that shapes the outcome of the Portuguese election, with the technical draw between the Government coalition (PSD/CDS-PP) and the main opposition party, PS - Portugal, where in the last Presidential election in 2011, over 53% of the population eligible to vote abstained.

And what does this say for the legitimacy of the election and those elected, when they know they have a fraction of the people behind them and the majority either actively or passively against? How will this develop in future? Will there be unofficial digital elections in which more people participate than in the "real" ones, and whose result may question their outcome?

Go back a few decades, and the school pupil from kindergarten through to the end of higher education sat in rows listening obediently to the teacher whose authority was unquestioned and then, unquestionable. It was the time when the teacher sat on a raised platform facing the class, the time when the hierarchical structure of society functioned in tiers, when there was an acceptance of authority over the individual, of the teacher over the student, the supervisor over the worker and the Government over the people.

Go back a few decades, and we had workers on the shop floor performing and mastering a restricted function, and the supervisor who understood the sum of the collective skills masterminding the operation, only (s)he being in a position to exercise authority. This was a time when the doctor's opinion was sacrosanct, when people followed the Priest's orders, obeyed the police and involved themselves in Government policy through universal suffrage - the right to vote.

Gone is the social hierarchy

Fast forward to today, and what do we see? We see the pupils seated in squares discussing subjects raised by a facilitator walking among them (the teacher), being encouraged to find out information for themselves rather than having it handed to them. We see the calculator substitute the "times tables", we see the spelling and grammar checks substitute the grammar book and dictionary, we see the teacher's word contested. We see speaking in the classroom while the teacher is speaking, we hear insults hurled against the teacher if (s)he dares to impose authority. Where we saw a collusion of hierarchies in the past "if my son misbehaves, give him a sound thrashing" today neither the teacher exercises authority nor do parents accept the delegation of it, while also not practicing it themselves in many cases.

Gone also is the extended hierarchy, the grandmother, who used to step in for an absent mother but now will most likely be working herself. And gone is the authority of the policeman, whose word is not only contested but even ridiculed and if he pulls out his gun or baton, all Hell breaks loose.

We see patients discussing the prescription written by the doctor because they have done their own research on the Internet, we see students discussing exam results with their professors, claiming they have been marked down. Gone is the hierarchy in the factory, in the shop, in the school, in the home.

Today, the tourist arrives at the destination with the taxi already booked and paid for, the route well studied and God help the taxi driver who tries to pull a fast one and deceive the foreigner. The hotels are booked in advance, online, when the tourist does not use unofficial channels and do some couch surfing, visiting alternative tourist routes provided by social media networks.

This is the result of the trend to find your own information rather than processing facts that have been passed down by the hierarchy. "They" no longer control what you know or how you act. In the decision-making process there is a greater democracy today but is there greater flow of knowledge? To what extent will the hierarchy understand what is happening and control the Internet to reimpose itself digitally? To what point is the involvement of the individual in taking decisions a social asset - do people know what they are contesting and why, and do they understand all the underlying issues?

Politics is no longer sexy

The answer to all these questions belongs to the coming decade. For now, one thing is sure. With bread on their tables and a minimum of comfort, people are no longer seduced by the political debate and are less and less inclined to go and vote for what they perceive as the better option to the left or right of center, depending on who looks better on TV.

This means in turn that policymaking has been removed from the social politician and given to the corporatist politician. Those elected are placed into position by the lobbies who closed ranks around them or else paid for them to get elected. Positions are held by people whose curriculum vitae dictated the job specification so that only they could win the application process and what has happened?

From social to corporatist hierarchy

The hierarchy indeed rules on another level. It was not supported by the people, it is not voted for by the people, the people have a lesser and lesser part to play in the process. So they find themselves paying more for less and less. They are poisoned by the food lobby from day one, how far they get in the education system depends on how much they pay, ditto dental care, ditto healthcare. As they progress through life the food lobby will give them ailments so that they can be passed on to the pharmaceutical lobbies, the energy lobby will have taken care of their spiraling energy bills because someone decided somewhere that the Earth's resources do not belong to the Earth's people, the banking and finance lobbies will have made sure the individual is powerless with a hefty mortgage stone tied around her/his neck. Meanwhile, the individual will be controlled through the manipulation of facts and fear by a corporate media and eventually, any pension payments will be considered a favor, if they indeed exist. Workers' rights will have been swept off the table by then and all the gains of the last century will have disappeared.

Welcome to the corporatist model, 2015.