It's the Greedy Seven, meeting in Germany June 7 and 8, fixing the world's problems, acting as the global policeman, stretching the long arm of their law. But who are these G7 countries, what right have they to act outside the auspices of the United Nations Organization and how much use is the G7 (the past) now we have BRICS (the future)? 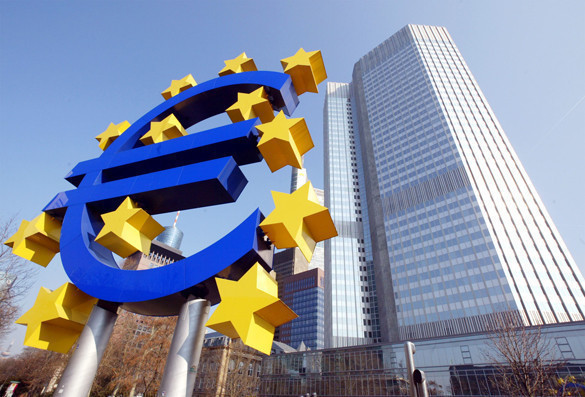 The room is quiet, peaceful, a pleasant and calm atmosphere created by a Spring-scented breeze blowing some magnolia petals through an open window, filling the room with birdsong and the hopes of nesting couples. Something sinister lurks and looms outside the door, a dark cloud blots out the Sun, the birdsong goes quiet. An eerie and evil restlessness sweeps over the room, filling those inside with goose-pimples and a feeling of sickness in the pits of their stomachs as the odor of Sulphur seeps through the window frames and under the doors.

The door flies open with a crash and in walk the Greedy Seven, the Seven Sons of Satan, the Seven Shades of Sh*t.

The Pack of Cards and their Right to Rule

And what right do these Seven have to rule the world or indeed give an opinion on its issues? The Ace of Spades, United States of America, the only country to have committed an atomic terrorist strike, twice, the country which has invaded more sovereign states, committed more murders and assassination attempts, which has sided with Fascists, tested substances on human guinea pigs...

The United Kingdom, Queen of Clubs, partner-in-crime and willing bedboy to its ex-colonial bedmaster which smacked the living...daylights...out of it a couple hundred years ago, the United Kingdom, the country that invaded Iraq and launched the "Get Gaddafy" campaign destroying his Pan-African humanitarian projects, e-learning and telemedicine programs, the result in Libya being what we see today. And this is the country that claims to have the golden keys to the world's problems?

The third prong in the fork of FUKUS (France-UK-US), the King of Hearts, the only King not man enough to grow a moustache, complete with its moped-riding President, a greasy, bald-headed little apology with a squeaky voice who cannot even keep his own family affairs in order, let alone those of the world. A wonderful trio to begin the game of Bridge, with their history of slavery, intrusion, massacres and meddling in the internal affairs of sovereign states. And who will be the fourth partner?

Why, any one of four. Canada, the Jack of Spades, doing the dirty work of its beefy boss to the south (when it isn't slaughtering seal cubs, turning the ice red with blood and tears or building dodgy sports venues), present in all major imperialist escapades, a country with as much character and spine as an AIDS-ridden, terminal syphilitic whore with a thousand-buck-a day smack habit.

Italy, the Queen of Diamonds, a willing onlooker in the Libya travesty of international law, the country whose claim to fame is priding itself on being the home of pasta, when even that came from north Africa (in the form of al-Itteriya), Italy's former Imperial stomping ground.

Closely followed by the two weevils in the woodpile, Japan (the Jack of Diamonds, or Laughing Boy), whose treatment of prisoners during the Second World War even today engenders seething hatred in the hearts and minds of millions, whose idiotic nuclear program, building reactors on fault lines and whose treatment of dolphins, massacring these animals when the rest of the world loves them, has provided us with what exactly? Fukushima?

So what right does this motley bunch of current and former war criminals, imperialist powers, masters of massacres the world over, have to judge, opine or act on any event outside their own sorry borders? These pariahs, led by the USA, where the city of Detroit is bankrupt and where thousands of people have been deprived of life's basic necessity, water, and its Poodles in Europe. Oh... and Japan.

A Club for the Corporate elitists

It has become clear that the West had it in for Russia since the voluntary dissolution of the Soviet Union (as catered for in its own Constitution), or even before: Stalin expressed his concern that the so-called "Allies" were maintaining the combat capability of German soldiers in 1945, instead of fighting them and imprisoning them. Just like they do today, collaborating with terrorists. It is clear that while Russia had a President who played ball, giving access to the hated Non-Government "Organizations" to divide his country and allowing western corporations to syphon off its resources, the G7 (which had started meeting back in 1975) was not going to do anything. Yet.

The admission to the G8 was as meaningless as the much-heralded "expulsion" in 2014. But how can you be expelled from a club to which you do not belong? And to what extent does the psyche of modern Russia walk hand-in-hand with a bunch of war criminals, imperialists and the home-makers for Mafia-run corporations? Not at all.

The Greedy Seven spell a sorry tale of the greedy past of European imperialists, their filthy, stinking and putrid spawn and those whose own military escapades brought misery to millions not even a century ago. The future lies with the hearts and minds of humankind, and these are focused around a poem (BRICS - Brazil, Russia, India, China, South Africa) and Not A Terrorist Organization (NATO) and its friends (The Greedy Seven).

BRICS stands for development, not deployment, BRICS stands for debate, discussion and dialogue, not arrogance, belligerence and chauvinism, bullying, blackmail and butchery. Russia's heart and mind walks in tandem with the former and certainly not the latter.

The G7 Summit in Germany is no more and no less than just another get-together of a rotating corporate and criminal clique which belongs firmly to yesterday and as such, is doomed.