Dutch Military Personnel Defection to ISIS: should scientific knowledge transfer from the Netherlands military be a concern? 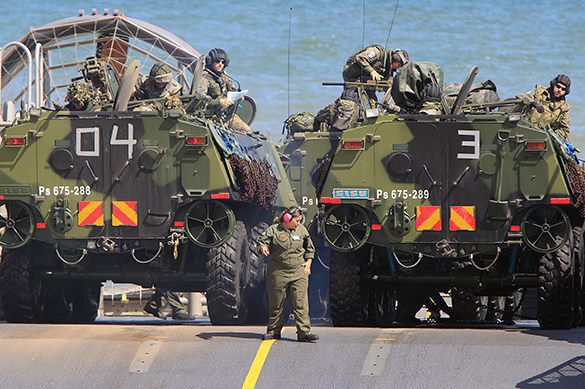 Back in the day when threat reduction meant reducing the risk of scientists being tempted away from would-be offensive biological weapon research, mainly from the former Soviet Union, to 'states of concern' few worried about military scientists in Western Europe running off to provide their services to terrorist organizations.  We worried about diversion and theft, then knowledge transfer, then the impact of terrorists gaining access to sensitive weapon programs via the Western higher education system. In fact most of Iraq's bio-weaponeers were educated in Western (US and UK) institutions. Rahib Taha, the head of Saddam Hussein's biological weapon program is a case in point. (See: https://en.wikipedia.org/wiki/Rihab_Taha)

Yesterday it was announced across the news that a Dutch member of their Air Force has deserted apparently to join ISIS (see: http://edition.cnn.com/2015/09/03/middleeast/isis-dutch-airman/). This has come on the heels of the Dutch announcing in their national news that they were sending F16's to bomb ISIS, which for a country struggling to maintain its defence forces and with few global interests or assets, was a surprise. While a member of their Air Force joining ISIS must be very embarrassing for the Dutch Ministry of Defence, who are probably in panic station mode at the moment, should we now worry, not only about Dutch military personnel and the proclivity to joining terrorist states but their glaring inability to protect sensitive intelligence? Should we worry about their military scientific advisers who may be groomed and recruited to work with IS on biological weapon programs? Its simply no longer acceptable to think scientific flight is something which only happens with Soviet scientists or Russian scientist, when in fact we need to be deeply concerned from a BW knowledge transfer perspective of our own, give the attraction of ISIS. Scientists, even Western ones, are not special group of individuals who would never consider ideological reasons for recruitment by a foreign state.  For all intents and purpose IS is now a foreign state. When a nation puts its own defence forces on the track to decline and does not believe there are either internal or external security threats, counter intelligence suffers and in this case, routing screening was probably never conducted as the Dutch MoD consistently assume there is no problem in their forces. Much to their own detriment they keep their blinders in place. When an airman defects to join what can probably be considered the worst terrorist organization on earth at the moment, those blinders have to slip a bit.  In an article posted to the NL Times the author notes:

"The [Dutch] Air Force  sergeant who is believed to have joined ISIS may have sensitive information on ongoing military missions, as well as personal information on his colleagues currently involved in the fight against the terrorist organization.""Many of this defector's former  colleagues will be very concerned about that", lawyer Michael Ruperti, who specializes in military criminal cases, said to the Telegraaf.""He had the rank of petty officer, so he has been there for a while, and so has a lot of knowledge about the organization and the staff. This is very serious."

"Sources at the Gilze Rijen airbase, where the defecting sergeant held a position of trust, told the newspaper that they are concerned that the defector will betray secret 'rules of engagement' of the Dutch mission in Mali. "Here the biggest concern is that he may know the rules of engagement with which crews of our Apache helicopters and Chinook transport helicopters take off from their desert bases in Mali", one soldier at the airbase said."

"These helicopters are mainly used to support Dutch special forces on their multi-day explorations for the UN mission Minumsa. Several groups of Muslim extremists who actively maintain ties with Islamic State are active in Mali." (See: http://www.nltimes.nl/2015/09/04/dutch-isis-defector-may-have-detailed-military-plans/) While the Dutch have also had issues at ISAF in Afghanistan, European Ministries of Defence must be very worried about the dependability of  their Dutch partners particularly where intelligence is involved.

ISIS evolves into a State
As ISIS is swiftly evolving into a State, should we worry about Western scientists being drawn to their potential BW programs out of ideological sympathy? The defection of Dutch military personnel to ISIS presents us with quite a contrast to former 'end of the Cold War Era' concerns. The Dutch Ministry of Defence have had considerable problems over the past few years which has no doubt degraded their ability to adequately screen for such issues (See: http://www.atlanticcouncil.org/blogs/natosource/the-dutch-cut-nato)  and we have to hope this is a one off incident while preparing that it may not be and military scientists who may seek to offer their expertise must be taken into consideration. The Dutch defence system unfortunately lends itself to such defections.

The end of the Soviet Era ushered in a period of financial instability for scientists, which was not the case under the Soviet system. The attraction of IS to European communities and in this case, a Dutch national, who worked for and is the responsibility of the Dutch MoD joined ISIS, not for lack of pay but perhaps for ideological reasons is even more concerning. I would argue this is an ingrained issue which the Dutch MoD will now have to deal with across its ranks.

The Dutch military should begin programs aimed not solely at training in peacekeeping, as is their current forte, but at ensuring their personnel don't pose a national security risk. Where biological warfare agents are concerned and knowledge transfer to terrorists and terrorist states is concerned, we are only as strong as our weakest link. If the Dutch MoD, who pride themselves on peacekeeping missions, see their personnel joining ISIS, we must be concerned as Western European populations will be put at risk, not only the Netherlands.

Compared to other European states, the Dutch Ministry of Defence has had one scandal after another and this latest is quite serious.  As a peacekeeping force in Screbrenica, their Dutchbat force's activities brought down the Dutch government. They were found guilty in their own courts of contributing to the worst European genocide since WWII. See Netherlands Institute for War, Holocaust and Genocide Studies Report here: http://www.niod.knaw.nl/en/srebrenica-report/report). In spite of this horrific event for which they are responsible, the Dutch continue to insist on emphasizing peacekeeping missions within their defence planning and budgets. No one has stopped to questions if we should allow the Dutch, who've been found guilty in their own court and should face individual court martial, if peacekeeping is something they should be allowed to even undertake given what they have done.  They have had multiple internal issues to many to raise here but the defection of their airman must certainly be a wake up call, if not to them then to our NATO allies.

While their focus surely is on their own population and the immediate risk this poses to their own national security, if members of their military provide biological warfare (defensive) knowledge to ISIS, all of Europe is at risk. While this will no doubt be considered an unlikely scenario, so too is a member of the Dutch Air Force joining ISIS. Unfortunately, for a number of reasons, the Dutch Ministry of Defence is at particular risk of recruitment due to how they operate internally and the general environment and cultural mindset of their military staff, not to mention the deep budget cuts which have continued for years. The death spiral they've created in terms of their declining military capabilities will be hard if not impossible to pull out of.

Dutch negligence in screening
While European ministries of defence may be officially empathetic toward the Dutch Minister of Defence, Jeanine Hennis- Plasschaert, privately they must be horrified and themselves in damage control mode due to this defection. Beyond empathy for Dutch negligence in screening and lack of counter intelligence capabilities, which might have caught this person before they joined ISIS, we must keep in mind that had this person been a scientist with defensive biological weapon knowledge, Europe could well find itself contributing to the BW capability of ISIS; a far more serious consideration for European civilian public health. The Dutch MoD are a liability to NATO, not only as their reputation in peacekeeping missions follows them, but now their inability to conduct proper counter intelligence. In the Atlantic Council article 'The Dutch Cut NATO' clearly they receive 'free security' but I would ask beyond this are there not deeper issues which NATO should be concerned about with regard to the reliability of their Dutch partners.Internally, they have had several high profile scandals which show no sign of abating anytime soon.

For such a small nation, they have witnessed DUTCHBAT their 'peacekeeping force"charged and found guilty of the deaths of 300 men and boys, this brought down the Dutch government. They have seen their Deputy of Defence, Jack de Vries resign over an extramarital affair he had with a subordinate Air force pilot. An apology by Defence Minister Hennis- Plasschaert after the voting down of a sale of tanks to Indonesia. The Dutch routinely have to 'borrow' equipment such as Zodiacs and they have cut their financing of the F35 which can only make their NATO partners concerned about their commitment to security. Recently we've seen the downing of the Malaysian airline they  cleared to fly over a known conflict area the investigation which they are in charge of leading is floundering. "A Dutch source told Fairfax media there was a perception of 'growing irritation among Malaysian and Australian diplomats about the passive position of the Dutch." (see: http://www.smh.com.au/world/dutch-concerned-that-australia-and-malaysia-losing-faith-in-netherlands-mh17-inquiry-20140910-10f2vy.html).  Indeed 'passivity' seem to be a significant problem within their Ministry of Defence and their attempts to shuck responsibility and blame others for their own misguided actions.  In addition to a number of internal scandals there have been problems at ISAF,  and now the defection of their airman to ISIS. Clearly for such a small nation they've had a disproportionate number of defence scandals. See: http://www.atlanticcouncil.org/blogs/natosource/the-dutch-cut-nato

AEI published an incredibly detailed and highly critical analysis of Dutch military problems which I will review shortly. Please see:  https://www.aei.org/publication/dutch-hard-power-choosing-decline/ This paper was published back in 2011 but details the already serious internal situation at the Dutch MoD. Clearly they have a credibility and competence issue which pulls down the entire Alliance.

*Dr. S.J. Bellamy is an internationally recognized expert on biological warfare and defence. For the past seventeen years she has advised national Ministry of Defence on biological warfare and defence.  Dr. Bellamy's articles have appeared in the National Review, The Wall Street Journal, The Washington Post, The Sunday Times of London, Le Temps, Le Monde and the Jerusalem Post among other publications.