The US Iran deal: The end to a long standoff

The recent nuclear deal between the US and Iran could have put an end to a long standoff between the world Superpower on the one hand and the Islamic Republic on the other. It may, because of between the acceptance of the agreement and its ratification it will spend ninety days in which everything is possible. 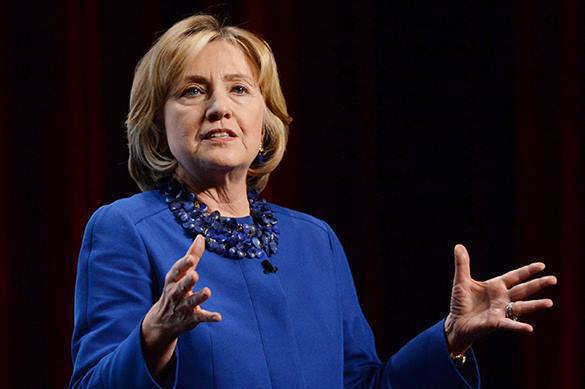 Ninety days from now means about November and then it will be easy, for example, blame the election of the new President as a pretext for a delay in ratification. Not to mention the barrage that some US lawmakers, Republicans as well as Democrats, intend to comply to stop immediately the ratification of the Treaty. In the US there are lobbies in favor of the agreement and others who are simply hostile and would rather see Iran leveled under a storm of bombs. Presumably some sectors of Iranian politics opposed the agreement but it is so favorable to Iran to greatly reduce their chances.

Iran is the winner

I read the text of the Treaty, in all the beauty of its 150 pages and to believe in what is written, Iran comes out as the winner of the dispute, in head-on.

First, it is recognized and confirmed the full sovereignty of the Islamic Republic on its territory through the explicit recognition of the rights of both the Iranian Parliament and the President: "Consisting with the Respective roles of the President and the Majlis (Parliament)". So no "Saddam Hussein protocol" for the moment. And no Rambouillet-style Annex B: there are no indiscriminate inspections across the territory of Iran, including bases or military installations that have no relevance to the nuclear sector. Instead, joint inspections are planned, based on schedule and always respecting the counterpart.

It is striking that all the nuclear research centers will be modified but not dismantled altogether. The Arak reactor will be improved to the level "state of the art" with regard to peaceful nuclear research, for medical and industrial purposes. The calandria will be removed and the holes filled with concrete, but will remain preserved in Iran and will not be transferred abroad to be destroyed. The number of centrifuges operating in the centers of Natanz and Fordow will be decreased depending on the type but the remaining machines will not be destroyed. The centrifuges in excess will be partially disassembled and stored in a dedicated wing at each of the two centers, under control of the IAEA: they will serve to progressively replace those that get ruined because of the use ... or perhaps to be called into line if the agreement should jump. Who knows?

Iran to receive a bonanza

A bit at a time Iran will receive a real bonanza of ultramodern nuclear technology, all aimed at the peaceful development of nuclear: detection devices of all kinds, software, machinery for processing of radio isotopes are just some of the stuff promised in the Treaty. All "state of the art". Surely the Iranian medicine will receive great benefit in being able to offer medical therapies that currently are not readily available. But not only medicine: the Treaty provides for the progressive withdrawal of all sanctions imposed on Iran although some, the military for example, over a very long time. Not only that but, if new sanctions were imposed in the nuclear sector, Iran may withdraw from the Treaty unilaterally. In other words, they are not permitted additional penalties in addition to those which are being reset. This clause appears at least twice, another explicit reference to the independence and sovereignty of the Islamic Republic.

Then there are the stunning consequences for the shipping, aviation and automotive industries. Agriculture, fisheries and textiles will go to great. We will be inundated with Persian carpets, I do not know whether or not flying. Persian carpets will be fashion, must be, it will be out not to have at least one at home. I much prefer caviar but I'll have to content myself with pistachios....

In short, the good times lie ahead for the Country of the Ayatollahs: work, money, foreign trade, precious minerals, trips for tourism and study. A godsend. And all this in exchange for giving  something that, at least on paper, does not exist because it never existed: Iran has signed the Nuclear Non-Proliferation Treaty in 1970 and even after the Islamic Revolution has always declared not to seek the atomic bomb. All right then? If we were in a movie, this would be the final in which the hero holds his lady standing out on the hill, at sunset. Fade, end credits and goodnight. But in reality? In reality this is an agreement so perfect as to leave a bitter taste. We all know how Mr. Nobel Peace treated Libya and soon after Syria. The Guantanamo prison is still open: does anyone remember his prisoners? Always it seemed ridiculous the claim that President Obama would need a foreign policy success to close his mandate in beauty.

Looking at the local scenario, for some commentators ISIS is a problem which is becoming increasingly large but this explanation is rather weak. The ISIS henchmen arrive in Syria from Jordan, Saudi Arabia, Turkey and Israel. That is, from countries that are already in the American sphere of influence. So if the problem is really ISIS, son of many fathers and the usual mother, it is enough that the nations above guarding on their borders and the problem would be solved.

So why the Americans have gone so far with concessions? Why not turn the table and that's it? Surely they don't lack of muscles, apparently. No, there is some other reason. I find more logical the opinion of Paul Craig Roberts that sees in Russia and China the real targets of US policy and concludes that, because of the huge expense to support the latest wars in the Middle East, the United States does not have the resources to tackle simultaneously Iran too. In other words: another victory like this and we will be defeated. I add of my own that future cultural exchanges and tourism will lead to a growing number of people to and from Iran. Since even in the Islamic Republic there are a number of discontented, nothing strange that many of them become agents provocateurs and spies for rent. So the scenario of colored revolutions recurs, that we know well and that has been tried many times before, also in Iran.

The Iranians have not actually given up only nuclear but also trading in currencies other than the dollar. The rial will enter the SWIFT network and there will be several economic concessions but the Ayatollahs will still support for a while the Bretton-Woods arrangements, which are in themselves going on the run down. That is, the dollar will remain the reference currency for international trade with foreign countries, and there will be no Oil exchange in rial. This is a result not negligible.

Watch out for Hillary

I want to remember that Mrs. Clinton said she will attack Iran if she becomes the next President of the United States. Just a couple of weeks before the historic announcement. That woman gives me the impression of writing with the indelible ink even when she speaks only so I think that she will keep the promise, deal or no deal. Here's a good reason to believe that the agreement did not last long and we will return to the tensions of the past years. There is not just Hillary Clinton. There are other personalities hostile to the agreement and Israel is making a blizzard to blow it: his silence of these days it is the clearest proof. And, to be honest, I think that the Syrian President Assad is asking himself what news there is for him and for Syria: the assurances on the continuity of Iran's foreign policy may not necessarily correspond to real.

Finally, this agreement is nothing more than a set of good intention written in excellent diplomatic language: it is a good basis for some more relaxed and peaceful international relations but the decisive factor in its implementation is not the Council of Europe, the United Nations or the current American president since the month of November near future POTUS. Whether Hillary "indelible ink" Clinton or even Jeb!, it is likely that the Treaty will be called into question and the return to the old games, to the old strategies. Until the guns will thunder.