What I like about Hillary Clinton, (and why I wouldn't vote for her)

The thing that always leaps out at me when I see Hillary is joy. Her smile exudes a sense of life that is both passionate and innocent at the same time. Her laugh is one of the hardiest laughs I've ever heard. That's Hillary the person, not Hillary the woman, not Hillary the Democrat, but Hillary the individual that has a passion for life and the capacity to enjoy it. She's intelligent and gracious, and I might add tough as nails when she has to be. That's why I like Hillary. 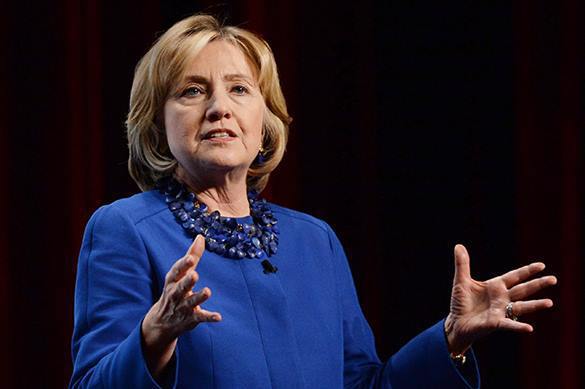 What I don't like about Hillary is that she is one of those elite liberals who believes she knows what's best for you and me. When she suggests what we should do, it means freely translated, what we must do. She equates the "should" with compulsion. For how can we be trusted to know what is in our best interest? ...after all, that's what politicians do. That's their job.

It's like Barack Obama when he says about raising taxes on the "rich", "We're just asking them to pay their fair share". Obama says this with a straight face because he truly cannot discern between asking someone and forcing someone to do something if it's "the right thing to do". He believes he knows what is right for others and that others do not. Hillary is cut from the same cloth. She believes the rich should contribute their fair share. Words like "ask" and "contribute" are voluntary acts. To use them in the same sentence asking some people to increase other people's taxes is a blatant contradiction in terms. Yet neither Barack nor Hillary understands this.

Elites like Obama and Hillary have no respect for personal freedom of choice. I have no doubt that if you talked about what people should eat, what they should be taught in school, or what they should provide for others to help their fellow man, they could not finish that conversation without referring to the government's role in forcing people to take certain actions, preventing people from taking certain actions, or without regulating businesses and corporations, and controlling society's behavior in general.

Liberal elites do not think in terms of individuals. They think in terms of society and systems. For them usually what is good for society is for individuals to sacrifice, and for government to tell them how. That's why they are so adamant about government controls, regulations, and taxes. These are the tools to "transform a society". (I just read an article where President Obama suggested that all American's should be forced to vote. He called it "transformable".)

You see, they know what's good for us and we don't. Hillary is dying to make a difference as President of the United States, just as Barack was dying to transform this nation. He did -- for the worse; and so will Hillary. What neither is willing to accept is that a command economy doesn't do well. Individuals making their own decisions, right or wrong, arguing over their differences, investing their own time and money on what they like and what they believe in has always returned better results than government calling the shots.

If government decisions were really superior to individual decisions, why is the Post Office losing billions while UPS and Fed Ex are able to deliver the mail faster and for a profit? Why aren't Veteran's hospitals better than Kaiser Permanente? Why isn't the Secret Service more trustworthy than your own personal private security system? Why does the Department of Energy have no energy policy while the private energy companies have in the last six years produced energy at lower prices and led America toward energy independence? Why does the former cost us billions of dollars while the latter costs us nothing?  And why do grades and performance of students go down under the control of the Department of Education and up in almost every private school? I could go on...

I voted for Bill Clinton in his second election bid. The reason is, I witnessed his first four years of governing. For four years he held government in check. Total government spending barely rose during his first term. He earned a second term as far as I was concered, and in that second term we saw a perpetual government deficit turn to surplus.

While Bill Clinton talked the typical liberal democratic line, he was walking the line of a fiscal conservative. I remember when he proposed a tax increase, and all hell broke loose from the Republicans. Rush Limbaugh declared that a tax increase would bring on a recession and cripple the economy. Others argued that the direction of the economy would turn from boom to bust. I argued against that position. The actual tax increase was an insignificant amount, not nearly enough to hurt the economy or change its direction.

It was a bitter battle fought on party lines and the vote was equally divided between the two parties. Bob Packwood, Republican from Oregon, broke from his party and voted for the tax increase. The sky did not fall. On the contrary, the economy boomed -- not because of the tax increase, but because it allowed Bill Clinton to gain his party's loyalty while at the same time pursuing Reaganomics.

Bill Clinton's economic policies barely deviated from the policies he adopted from Reagan. They were an extension of the years of the Reagan Revolution. In fact it was Bill Clinton who announced in the middle of his second term that "the era of big government is over." He then cut the Capital Gains tax and worked with the Republican-led Congress in a constructive way, such that Big Government turned distinctly smaller. All of this in the name of democratic values. It was the small tax increase that gave him the power to run the government as a fiscal conservative. The price was right!

Look at how far we have moved to the Left since Bill Clinton's Presidency. Barack Obama believes in Big Government in spite of all the evidence of its inability to perform or acomplish goals successfully. If you like Barack Obama's brand of government, you'll love Hillary's.