Pravda.Ru held an interview with Director General of the Institute of Energy, famous nuclear physicist, Doctor of Economics, Bulat Nigmatulin. We sat down for an interview with Mr. Nigmatulin to speak about the economic constituent of the Soviet victory in the Great Patriotic War. 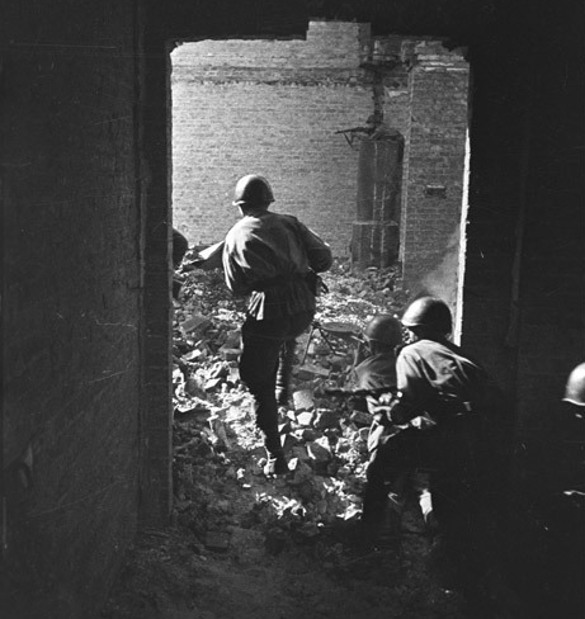 "During the Soviet times, we were taught that the Great Patriotic War confirmed the advantage of the socialist economic system over state capitalism in Germany. Can we confirm this judgment in the de-ideologized world?"

"Well, there was the Soviet planned economy and their market economy. The German economy was very monopolized. They had a four-year indicative plan. During the first year of the war, the Soviet Union was outstripping the German economy, right since 1941. Economically, it was not just Germany that was waging war against the Soviet Union. In 1939, Germany included the territory of Austria and a part of Poland and the Czech Republic. In addition to Germany, the whole Western and Central Europe were at war with the USSR. Bulgaria, Romania, Hungary, Greece, other occupied countries, as well as Sweden, Spain, Portugal and Turkey - all of them were working for Germany.

"The Soviet Union was practically all alone in 1941 and 1942. We started seeing help only in 1943 - it came from the USA, Britain and Canada - it goes about the lend-lease program. In 1940, the potential of Germany without allies and occupied territories and the potential of the Soviet Union were almost equal. GDP was calculated under the guidance of Professor Harrison of Cambridge University. The economies of major participants of the Second World War were compared, and it turned out that USSR's GDP was eight percent stronger, but Germany took the lead with the help of occupied territories.

"I compared indicators of the fuel and energy complex: coal, electric power, oil and fuel. Then I compared the volume of rolled metal and metal-cutting machines - the production capacity that is. Coal, rolled metal and production of electric power was 30-40 percent lower than that in Germany. Yet, the amount of liquid fuel of the USSR was three times as high. Rolled metals stand for all arms and ammunition. Electricity affects the entire industrial capacity. Production of electricity - coal or fuel oil. Motor fuel - internal combustion engines.

"The Germans were receiving resources from their occupied territories, the territories of the allied and neutral countries. The military machine was moving. By the middle of the war, the USSR was taking serious advantage of Germany. The actual implementation and management of the economy was in the hands of Stalin, in the hands of the State Defense Committee, which was created on the eighth day after the war began. There were Stalin, Molotov, Malinkov, Beria, Voroshilov, Mikoyan in that committee.

"During the war, the committee issued 9,500 decrees - 7.5 decrees a day. Each member of the State Committee on Defense was responsible for a certain area. During the war, a multitude of people's commissariats was established: of the tank industry, ammunition, aircraft industry, artillery and mortars. On the third day of the war, the evacuation council was set up. That was a brilliant decision to make. Many factories were evacuated from Ukraine, from the south and from the center of the country. As many as 12 million people were evacuated in four or five months. Afterwards, large-scale construction was launched in the Urals, Kazakhstan, Siberia.

"In 1942, the Germans were not increasing defense production. They believed that they were winning the war already in 1941. They ceased the production of ammunition and explosives. In Russia, all men went to the front, women replaced them. About one million of teenagers were working at factories. The number of workers in 1940 was 12 million in the USSR and 10 million - in Germany. In 1942, 8 million in the USSR and 10 million in Germany. The Soviet Union was losing in terms of quantity, but all people were working for victory, and the country was producing three times as many weapons in comparison with Germany.

"The Germans were certain of their imminent victory. They realized their mistake only in 1944, but it was too late. The USSR was producing more weaponry than it was losing in battles. That was how the Soviet Union outstripped Germany economically and strategically.

"Modern wars can not last for years. Modern defense technology stipulates for rapid global action. If, God forbid, a war sparks between two great superpowers, it would end with a defeat for all. One should always maintain the balance of forces of attack and defense. The cheapest way to keep this balance is to have nuclear weapons. Some say that a nuclear bomb is a weapon of the weak - those who do not have superiority in conventional weapons. I would say that the nuclear bomb is the cheapest way of protection against the war."