USA cracks down on USSR for actions against Nazi Germany

The United States criticized the USSR for the actions against Nazi Germany. How is it even possible when once the two powers had fought against the common enemy? It turns out, it is. The U.S. Embassy in Estonia expressed dissatisfaction with the fact that the Soviet Union bombed the enemy occupying Tallinn on March 9, 1944. Rewriting history seems to have entered a new phase. 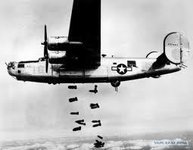 According to the American Embassy, ​​March 9 of 1944 was the Day when Tallinn found itself in the crosshairs of Soviet bombers of long-range aircraft. According to the statement of the embassy, the U.S. ambassador intended to take part in the lighting of memorial candles in the church of St. Nicholas - one of the thousands of buildings destroyed during the air raid in 1944 in memory of the victims of the bombing.

"The attack is tragic both in its devastating loss of life and its military inefficacy," the statement read. The statement described that as many as 300 Soviet bombers dropped 3,000 high explosive and incendiary bombs on Tallinn and wiped out one third of the city, causing devastating damage to the citizens and cultural sites. Over 500 people - the vast majority of them civilians - were killed, and 650 were injured. 20,000 people were left homeless in the midst of the Estonian winter.

The American embassy, 68 years after the events, lamented that in addition to the church of St. Nicholas, theater "Estonia", Tallinn Synagogue and the city archives housing a collection of medieval documents were destroyed in the bombardment and subsequent fire. At the same time, according to the embassy, damage to the German military infrastructure was minimal.

"Far from breaking the spirit of the Estonian people, however, the attack strengthened the already steely resolve of the populace to struggle against foreign occupation," the embassy stated.

For the first time since World War II, an official of the United States questioned the actions of the Soviet Union as an American ally. It is unlikely that American diplomats did not know that Tallinn was occupied by the Nazis, and that the city was raided for the very reason that it was occupied by the enemy - at that time the common enemy for the Soviet Union and the States.

A true masterpiece was the following sentence: "Far from breaking the spirit of the Estonian people, however, the attack strengthened the already steely resolve of the populace to struggle against foreign occupation." Foreign occupation clearly implies Estonia as part of the Soviet Union. And who then fought with the Red Army? That's right, the soldiers of the 20th Estonian SS division, the genuine war heroes.

By this statement the U.S. Embassy voids such a thing as the anti-Hitler coalition. And if so, the outcome of World War II related to the preferences of the territorial increments and other benefits received in 1945 by the Americans is called into question. Would Washington agree with this statement? Or are these amateur actions of diplomats on the ground?

Let's talk about the destructive and senseless bombings in effect. Let's look at the actions of the American and British aircraft in World War II. Certainly the United States and Great Britain have no business blaming the Soviet Union for a disproportionate use of force. The consequences of their attacks on the civilian population have been much more disastrous.

Let's start with "Operation Gomorrah", held by the United States and Britain in July-August of 1943. Then the largest port in Germany, Hamburg, was subject to a series of air strikes. On the night of July 25, 791 aircraft dropped 2,400 tons of bombs on the city. The strongest attack happened on the night of July 28. As a result of the actions of 783 aircraft the asphalt flared up, and people burned alive because of the high temperature. In one night, 40,000 people were killed. The raids continued until August 3, 1943.

Nine thousand tons of bombs were dropped on the second-largest German city. If during the Soviet bombing the vast majority of older buildings in Tallinn had survived, Hamburg then lost 74 percent of all city buildings. 250,000 buildings were destroyed. 50,000 people were killed, 200,000 injured, millions became homeless. By the end of the war Hamburg was bombed another 69 times.

On February 13, 1945 the Anglo-American bombing of Dresden began. In terms of impact on Germany, it had no sense as the defeat of the Germans was a foregone conclusion. The only purpose of it could be deterring the onset of the Red Army to the east. In any case, the violence was unprecedented. Only during the first attack on the city 796 aircraft dropped 1,478 tons of high explosive and 1,182 tons of incendiary bombs. The raids continued until April 17.

One of the most beautiful cities in Germany was virtually gone. Dresden had to be rebuilt anew. 80 percent of the buildings were destroyed. Historians still argue about the number of victims. They are difficult to calculate, since at the time the city had tens of thousands of refugees. According to various estimates, between 25,000 and 250,000 people were killed. In any case, this is ten times more than during the Soviet bombing of Tallinn that the Americans are so upset about. In 1939 the population of Dresden was over 600 thousand people. Even today this number has not been restored.

Let's see what the U.S. Air Force was doing during the Pacific War against Japan. By 1945, the destiny of Japan was decided. However, 334 aircraft of the U.S. Air Force on the night of March 10, 1945 carried out bombing of Tokyo. At least 80,000 people have suffered, and nearly 40 percent of buildings were destroyed. The temperature of the napalm was so high that people's clothes would catch on fire.

The atomic bombings of the Japanese cities of Hiroshima and Nagasaki by the American aviation on August 6 and 9, 1945 are another story. Nearly 400 thousand people have suffered, and the effects were felt for decades. So far, no U.S. president has visited these cities to publicly honor the memory of the innocent victims. However, the bombing could easily be considered a crime against the humanity.

Lamenting the "Estonian freedom fighters" and the victims of the bombing, the U.S. Embassy in Tallinn was trying to kill two birds with one stone. On the one hand, to support allied Estonia, on the other, whitewash its own actions during the war. But the facts remain, and in this case they are clearly not in favor of the Americans.