A Northern Alliance with the participation of such countries as Sweden, Finland, Latvia, Lithuania and Estonia has been forming on Russia's borders recently. As usual, the alliance is being created in an opposition to the phantom "Russian threat." However, the allies have their own goals to pursue at this point. For example,  Sweden is looking for sales markets for its weapons. Pravda.Ru interviewed political analyst Nikolai Mezhevich about the prospects of such an alliance on Russia's northern borders. 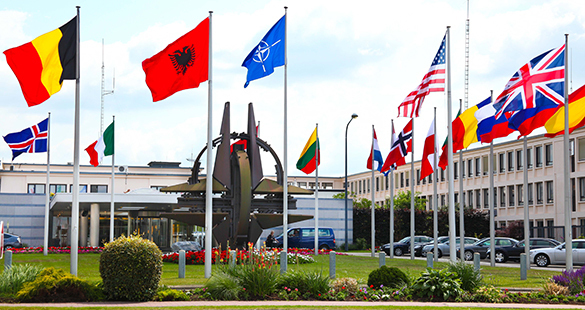 "Are these countries concerned about their security indeed? Or is it all a matter of unfriendly demonstration of their solidarity against Russia?"

"First of all, they speak about even wider geography. The Baltic countries are likely to be involved as well. In fact, the project covers the area from Canada to the border of Russia's Leningrad region and from the Island of Spitsbergen to Belarus.

"Greenland is an autonomy of the Kingdom of Denmark, and Greenland, as we know, is located off the coast of the Canadian Arctic Archipelago, and, in fact, is a part of it from the point of view of geology."

"They say that it was the crisis in Ukraine that became the cause of their deep concerns. They do not exclude Russia's aggressive behavior against their countries. Are these concerns justifiable?"

"No, they are not. The idea of military-political alliances in the Baltic Sea region appeared in the mid 1920s. When the Russian and German empires collapsed, the Baltic Sea became the area of security. The countries started sounding out opportunities for building unions. Finland proposed a union to Sweden. Sweden had been a neutral country for more than 100 years already, so it showed no interest in the union.

"Estonia, in turn, addressed the same proposal to Finland. The ideas of ​​Estonian-Latvian, then Latvian-Estonian-Lithuanian-Polish blocs were developing.

Sweden looking for sales market for its first-class weapons

"For half a century, Finland was not just our friend, but also a neighbor with a powerful set of trade and economic ties. The relations have changed of course, but Russia and Finland still have good partner relations, presumably owing to the Swedish side.

"Sweden produces versatile fighter jets and reconnaissance aircraft. Practically no other European country does that. The Swedish defense industry needs new sales markets, and peace is not the best way to sell weapons. In this respect, Sweden's declarative peace initiative in conjunction with aggressive rhetoric of former and current foreign and defense ministers find support among Swedish industrialists.

"Yet, the Swedish society does not really want to replace the 200-year-old history of neutrality with conflicts and their unpredictable consequences.

"The situation in Finland is nearly the same. The Finns share a more negative attitude to the idea of ​​NATO expansion. At the same time, they are more positive about the idea of ​​the alliance with Sweden.

"The Finnish-Swedish alliance, if it ever materializes, will be a union of two neutral states. I do not understand what ministers from NATO member states and neutral countries signed. Can a neutral state enter into a military alliance with NATO members?

"There are no such examples. There are programs of cooperation with NATO, in which Russia used to be a participant as well. However, this is a completely different matter.

"Finland is now in the midst of a big debate about NATO membership. For the first time, it started in 1993. The Baltic states  have obtained a possibility to take  themselves and their diplomacy to a more civilized level. The leaders of Estonia, Lithuania and Latvia have recently released harsh statements that triggered discussions inside the EU."

"Can we say that Nordic countries compete in their interests to increase defense budgets?"

"Indeed. Sweden has a very interesting economy. Many European countries have almost completely lost their industry because of the process of de-industrialization. Yet, the Swedes have saved their industry. They still mine ore, smelt metal, make excellent vehicles and equipment.

"However, the flip side of the coin is that a powerful military-industrial complex requires a sales market. Neutrality is an obstacle at this point.

"Nobody wants Estonia, Latvia and Lithuania. Russia is happy that the EU is taking care for the collapsing economies of those countries."