The Balkan wars that ravaged the now defunct Yugoslavia was a terrible moment in European history. Many the actors involved, who have contributed to the tragedy which was committed not too many years ago in those places. For some, perhaps many, the American and NATO intervention, should be decisive and put an end to a long series of conflicts. 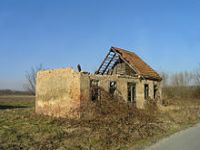 The reality is different, how different is the underlying reason of US intervention. It's good to remember that at the time Russia was much weaker than now and treated in a condescending way by the only world power remained: those were the years of the unipolar world and the end of history.

Ennio Remondino, Italian journalist and war correspondent, has long been in the Balkans in the years of ethnic conflict. It seemed so natural to ask him a few questions on a subject which, as you can imagine, is far from be exhausted.

Q) Thank you for being here with us to talk about the Balkans ... Do you want to remind our readers what was Tito's Yugoslavia?

A) It is a very important page of European history which certainly doesn't need the memory of a reporter who witnessed especially its disintegration in the after Tito, nor the space of an interview will be enough. You need books, and many, to talk about Tito's Yugoslavia. Two or three personal observations only: "the land of the South Slavs" was one of the more successful insights of Yalta. The aggregation of enemies were at war (the Croatian Ustasha and the partisan Serbia or the formations of Albanian SS) in a perspective of Slavic cultural identity which transcends the past in a socialist federation of the line "Adriatic front". Then Tito was the first in the socialist bloc to take the distance from Stalinism (long before the same Italian Communist Party of Palmiro Togliatti), anticipating much of the subsequent euro-communism.

Q) A small Balkan Europe in a larger European Union. Perhaps her fate was sealed from the beginning?

A) Effect "Fall Wall" with, in addition, the strong interests of national political interior careerisms by Tudjman, Milosevic through Izetbegovic, but much stronger the Western political and economic interest. The US against the socialist Yugoslav partisan, Germany to extend the area of economic mark over Slovenia. Let's remember that in the times of the Yugoslav wars, the currency in the Balkans was the mark. We could also say, exasperating concept and events, that with the disintegration of Yugoslavia, Germany has paid its unification.

Q) Serbia went out crucified from Rambouillet to the point that even the old Kissinger criticized the Annex B. And in the end Milosevic died in a foreign prison, guilty of all ....

A) Truly, Milosevic is not guilty of anything because, thanks to the stupid choices of the then prosecutor in the Hague tribunal, the Swiss Carla Del Ponte: in trying to make him the "absolute Evil" and the head of all evil in Balkans, she has failed to lead to any judgment of the multitude of offenses. Milosevic died legally innocent. Politically it is another story. How is another story Rambouillet. That of 1999 was the American war for the strategic control of the central Balkans, and between Slavs and Albanians someone in Washington chose those in WWII preferred the SS formations to the Tito's partisans. Profit for the curious to recall that the then head of the CIA, Turner, had not distant Balkan origins: family fleeing from Tirana!

Q) But the German general Loquai, after the fact, stated that there had never been an operation "horseshoe". So no ethnic cleansing by Serb. The lie as first weapon of democracies at war?

A) The lie as a rule of war, from Homer to Obama without exception among democracies or dictatorships. Apply to the Trojan War if you like to believe to the betrayed marriage of Menelaus or to the "Maidan" in Kiev if you want to clean up trash from the neo-Nazi used for the dirtiest things. That the Serbs were the only ones in the Balkan slaughter not to practice the ancient technique and rule of war to "clean up the conquered territory from enemy populations", would be a ridiculous statement. In all the Balkan wars that I attended (all really) of innocent I have not met one!

Q) NATO's purpose was simply to rectify its eastern borders?

A) Only in part. Meanwhile I should talk more directly of United States, without the hypocrisy of the Atlantic Pact. The US wanted the base of Camp Bondsteel in Kosovo to move to a country without critics opposition their arsenal in Europe (strategic for Iraq and Afghanistan and now Isis, if they ever want to fight it); they wanted an ally "monetarily easy" to check against the alternatives political and cultural of the Slavs; they wanted to start reviewing the historical fascism in Europe and in the world that currently goes on in Ukraine; they wanted to create an area of permanent instability in the heart of Europe.

Q) Franjo Tudjman. Alija Izetbegovic. Slobodan Milosevic: all three at the same time criminals, heroes, presidents legitimate. What is left of their dreams now? As is now the situation in the Balkans?

A) No saint, no absolute hell, no hero. I met and interviewed all of them and I have no memory of having met the Satan in the flesh or have faced genius bursting. Three "normal" guys that the circumstances of History have led to play a role beyond their respective capabilities. Three failures by absurd dreams: the 'Greater Serbia', the least known 'Greater Croatia', the Islamic Bosnia with the arrival of Al Qaeda and Bin Laden in Zenica in 1993/4 (the "Arab legion"). All strategic mistakes or failures. Croatia in a structural and irreversible crisis within the EU, Serbia still on the edge and always among the "suspects" although will surrender to NATO, Bosnia prisoner of the constitutional madness of Dayton. When the current pattern will blow up, then the war in the southern Balkans (after the north and center) will explode, with an unpredictable reach.