Syriza's climbdown or the end of the Left's dream 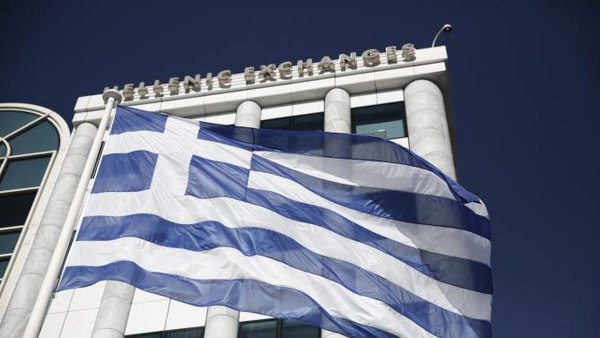 In my article a week ago, following the victory of the Left in Greece under Syriza, I concluded that the two main options available to the new Government were : a) the road of submission to the demands of the Transnational Elite (TE)  and the EU, with some concessions granted by the elites in exchange, and b) the road of resistance, which involves the immediate unilateral exit from both the EU and the Eurozone that will allow the introduction of strict capital controls and the re-introduction of the national currency, the nationalization of all banks including the Bank of Greece, the socialization of all key industries covering basic needs, as well as those involving the social wealth (oil, lignite, gold etc.).

Today, a week later, it is  safe for one to conclude that (a) above is the option chosen by the disorienting reformist Left that took over in Greece!  The inevitable result is that none of Syriza's promises before the election is in the way to be met by the government. Thus, before the elections, Tsipras (the leader of Syriza) and other members of its leadership were committing themselves to four major changes. First, to tear down the 'memorandum' (as the bailout agreement is known in Greece), second to throw out the Troika, consisting of representatives of the Transnational Elite (IMF, EU, ECB), third to have the debt (or most of it) cancelled and fourth-the most important (for them) aspect of their 'radical program-- the replacement of austerity with growth, as it was the former that they considered mainly responsible for the present economic and social catastrophe in Greece.

Yet, 48 hours after their victory, Giannis Dragasakis, the deputy prime minister, who is expected to oversee negotiations with the EU and International Monetary Fund, stated that "the memorandum is over for us. We will present our own programme,"[1] clearly meaning that the Government would renegotiate the terms of the bailout agreement. At the same time, they began discussing the possibility of replacing the Troika with a new supervisory organ of the same institutions.

Then, before another 48 hours have passed, came the major climbdown, when Yanis Varoufakis, the newly appointed 'pop' finance minister, stated:

"We're not in the business of entering into a tug of war with Europe. We don't even want to negotiate with our European creditors. We just want to deliberate".[2]

What he meant by this was made clear a few days later, when he announced his plan for a  'smart debt engineering', which indeed does not imply a conflict with anybody and, instead, secures the permanent dependence of Greece on its creditors in the TE. Thus, according to this plan, the idea of cancellation of the debt is abandoned and what is proposed instead is its replacement by either new perpetuity bonds, (i.e. bonds of no fixed maturity date yielding only interest), or bonds whose repayment will be linked to GDP growth beyond a certain threshold, e.g. 2 per cent of GDP. [3]

In other words, Syriza, within a week of taking over, reneged on all its main promises in a major climbdown and the only remaining issue now is whether the EU elites will accept its proposals, or whether instead they will push for a total surrender of the Left government, as a lesson to Podemos and any other imitator. However, the enthusiasm with which markets welcomed this climbdown[4] points to an eventual acceptance of this plan, which of course, far from providing an exit for the Greek people from the present catastrophe, will only secure the permanent dependence of Greece on the Transnational elites and the Euro-elites.

Yet, this is hardly surprising, as both the EU elites and Syriza have a common aim: to keep Greece inside the EU and the Eurozone.  What the EU and the TE dread is not any economic damage that might be caused by Grexit (this is absolutely manageable) but the fact that, in case Greece in the future follows radical policies involving the break with the NWO, this will set an example to all other peoples in the world suffering from globalization and the TNCs-something they could hardly afford. No wonder that at the time of writing the government has already shown its determination to implement  the EU required structural reforms, i.e. all those reforms aiming to increase competitiveness. Namely, reforms based on the maximization of the role of the private sector and the minimization of social controls aiming to protect society from the markets, as Polanyi had, long ago, put it,[5] as well as the principle of balanced budgets with a 'small' surplus--a basic tool of austerity policies. This way, the major structural reforms which began under the previous government will now be completed by a Left government, minimizing any effective popular discontent against them, particularly if the austerity measures are somehow relaxed in the future.

In fact, austerity policies, according to Syriza, Podemos and similar parties of the reformist Left, which do not question the EU itself, are supposed to be the main culprit for the economic crisis not only in Greece but also in the rest of the EU peripheral countries (PIIGS-Portugal, Italy, Ireland, Greece, Spain) and beyond. However, austerity policies are not the cause of the crisis, as I tried to show in the past, but only the effect of opening and liberalising markets under globalization. This is because in that case no effective social controls on markets could be imposed and therefore it is not society which eventually decides what, how and for whom to produce but markets. And markets in a globalized economy are controlled by a few hundred transnational corporations.

So, in case an economic union is formed like the Eurozone, which does not consist of sovereign nations controlling their economic policies, then the more unequal the member countries are in terms of their level of economic development the greater the problems of competitiveness that will be created by markets. And in fact, it was noted about the Eurozone that "so wildly different are Europe's economies that one study found it would have been more logical to create a currency union between countries beginning with the letter "M" than between the current members."[6]  That means that competitiveness problems in such a union are not only due to differences in relative prices, in which case keeping real wages down, through some sort of austerity policy, can improve it. These problems  may reflect instead huge differences in productivities referring to differences in research and development and consequently investment. In that case, the competitiveness problem far from being solved through austerity policies it gets worse since such policies  further discourage investment, not only on account of the fall in foreign demand but also of the consequent  fall in domestic demand. Yet, within the Eurozone the policies implemented by any participant country are determined by the Euro elites of the metropolitan centres in the North. This is why countries in the European periphery are bound to suffer within an economic union, which phases out economic and therefore national sovereignty.

It is now obvious that a huge disorienting campaign has been launched by the Greek government, in association with the EU elites and the TE elite, to promote the formalisation of the climbdown. It seems that a compromise is in the offing, which would include "the refinancing of the government and the Greek banking system, ending austerity and placing the focus on growth".[7] Of course, given that everybody concerned in the TE, from the Euro-elites up to Obama, set as a basic precondition for any bargain the strict implementation of structural reforms, this implies that what the 'rebel' Greek government aims at the moment is the implementation of the same measures as before (perhaps in a milder form) under different names. Instead of a 'Troika', there may be some sort of supervisory committee representing again the same institutions (IMF, EU, ECB) and having more or less the functions of the Troika, and instead of austerity, the overall aim will now be growth. Yet, for growth to be achieved in a market economy in which public investment has to be minimised, private investors (foreign and local) have to undertake the task to make the economy more competitive. That means the state has to assist their effort by even more structural reforms to make labor more competitive, less corporate taxes and, at the same time, 'small budget surpluses 'to repay the lenders -- presumably though more privatizations, and/or public sector cuts.

In other words, all this fuss was about fooling the Greek people in accepting, more or less, the same measures as before, packaged differently! This makes even more imperative the need for the formation of Popular Fronts for National and Social Liberation, which will fight for economic and national liberation , as the foundation for social liberation, on the way  for the creation of a new democratic World Order of sovereign and self-reliant nations to replace the present New World Order of neoliberal globalization.[8]

Takis Fotopoulos is a political philosopher, editor of Society & Nature/ Democracy and Nature/The International Journal of Inclusive Democracy. He has also been a columnist for the Athens Daily Eleftherotypia since 1990. Between 1969 and 1989 he was Senior Lecturer in Economics at the University of North London (formerly Polytechnic of North London). He is the author of over 25 books and over 1,000 articles, many of which have been translated into various languages.

[7] Wolfgang Münchau, "Grexit is an avoidable catastrophe for the Eurozone", Financial Times, 1/2/2015