Ukraine shocks European and US leaders

In the last week of 2012 and in early 2013, Ukraine has noticeably stepped up talks about its relationship with the Customs Union (CU), whose current members are Russia, Belarus and Kazakhstan. The discussion of forms of cooperation between Ukraine and the CU struck a chord even in those seemingly not involved.

A number of European officials stated that accession of sovereign Ukraine to the CU was totally unacceptable. In particular, according to Brussels, Ukraine's accession to the CU was not compatible with its integration into the European Union. Meanwhile, it is no secret that the prospects of Ukraine's European integration are dubious. Not to mention the fact that, given the economic situation in the EU, the goal has slightly lost its desirability. The Americans traditionally took an active participation in the discussion of hypothetical plans of Kiev on the possibility of deepening of the cooperation with the Customs Union. Concerns were expressed by the current and former U.S. Ambassadors to Ukraine, as well as advisors of former U.S. presidents. While Europeans and Ukraine are located on the same continent, why is the U.S. concerned? 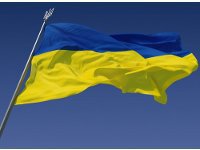 Despite the shouts from Europe and from the shores of the Atlantic, Ukrainian President Viktor Yanukovych has continued the theme of cooperation with the Customs Union in the new year. In particular, on January 4th in an interview with Komsomolskaya Pravda in Ukraine Viktor Yanukovych stated that Ukraine should change some of the norms of the Ukrainian legislation in order to cooperate with the Customs Union. In addition, he admitted that his visit to Russia on December 18th was postponed because not all details on cooperation between Ukraine and the Customs Union have been agreed upon. "The plan was that by December 18th they (the experts) would prepare specific proposals. But the meeting had to be postponed to a later date because the experts have not been able to agree on all the details of the future agreements," said Yanukovych. Of course, this statement of the Ukrainian President is not very specific, but it cannot even compare with his statements made three years ("we're not interested"), or even six months ago.

This sudden change of rhetoric gives a reason to suspect that "the concept has changed." Perhaps it was previously assumed that activation of the integration on the post-Soviet space will be used in 2015, when Yanukovych would be working on getting elected for the second term. It was expected that until then Ukraine would blackmail Brussels with Moscow and vice versa in order to get the most benefits in both directions. However, by the end of 2012 it became apparent that this approach was not justified, all reserves were exhausted, the economic growth has stopped and the situation would not wait until the elections of 2015.

Apparently, the signal was so intense that even the thick-skinned Ukrainian president clearly felt it. But is it too late? Let's suppose that Viktor Yanukovych as the guarantor of the Ukrainian constitution has come to acknowledge the need for Ukraine's accession to the Customs Union and convinced his government that this was a necessity. A sober assessment of the situation shows that his team has a very narrow margin for maneuver and very little time. Three years ago, Yanukovych won the presidential election. Then his team took advantage of the demoralized opposition, reformatted the Parliament, formed the majority in the Parliament, and appointed its government.

This was the period when Yanukovych's team could have joined the integration project dynamically and with determination, seamlessly and without losing its face, speaking as an equal participant in the project. While Ukraine has remained aloof from the process of integration, the project developed on its own. Now, Ukraine would have to play by the rules that have been agreed in the past years by the three parties to the CU. Let's suppose, however, that despite the less desirable conditions than three years ago, Kiev will announce the beginning of the integration process. Without favorable public opinion, the implementation of the process will not be possible for several reasons. At first glance, the public opinion of Ukrainian citizens should not be a barrier to a more active participation of Ukraine in the post-Soviet area integration processes. This can be gleaned from the case studies of the last decade that demonstrate stable results.

Due to the lack of prospects for the EU membership and because of the economic dependence on Russia, the majority of Ukrainians support eastern orientation of their country. 54 percent of respondents spoke in favor of the development of relations with Russia and other CIS countries. At the same time, the development of relations with the EU was favored by only 36 percent. These are the results of the Dw-trend survey conducted in October of last year by the Ukrainian branch of the Institute of Sociology IFAK commissioned by "Deutsche Welle". In Ukraine and Russia, the majority of respondents would like the countries to be independent from each other but amicable, with open borders without visas and customs (in Ukraine - 72 percent, in Russia - 60 percent). In Ukraine this number increased by three percent over six months, in Russia it has remained unchanged, according to the survey conducted by the Kiev International Institute of Sociology and the "Levada Center" in September and October of 2012. "Independent but amicable states with open borders without visas and customs" is precisely the degree of interstate integration provided by the Customs Union. It is noteworthy that these preferences mean that the respondents base their answers primarily on humanitarian issues.

The economic advantage of integration is important, but is not primary. In addition, it is the area for analysts and experts, and their conclusions may swing the public opinion in one or another direction, in particular, if the campaign is consistent and aggressive. Here we come to an important point - a deliberate campaign "for" or "against" the CU participation. It is important that there has been no informational training by the Ukrainian government explaining the need of entering the CU. Not only that, there has been criticism by many high ranking officials, and one of the consistent critics until recently was Valery Khoroshkovsky, first deputy prime minister of the Ukrainian government. It will be extremely difficult to popularize the idea of ​​integration in the information space in a short time. It appears that the West will start a tough informational campaign against the CU. For its part, the pro-Western Ukrainian opposition will act in the same way. It is important that the majority of the so-called Ukrainian expert community has been funded by Western grants for two decades.

The information campaign conducted by Ukrainian analysts looks like this: Information-analytical center "LIGA," headline of December 20th, 2012, "The Customs Union will Ruin the Hryvnia". Expert opinions, pros, and cons were discussed. Naturally, there were nearly no pros and many cons, one of them was in the title. For the sake of as a scientific experiment, this con should be discussed further.

"The process of the hryvnia devaluation may accelerate. Indeed, Ukraine will have to compete with its closest neighbors who will further devalue the currency. Under this scenario, the hryvnia exchange rate could rise to 8.8 and higher," said the president of the Ukrainian Analytical Center Oleksandr Okhrimenko, Suppose this is the way the situation will be developing. But let's look at this issue regardless of the Customs Union. "In 2013, Ukraine will not be able to avoid devaluation of the national currency." (Economic Truth, January 3rd, 2013, article "NBU can lower the rate of the hryvnia to 9.5 to the dollar"). Quote: "In 2013, due to the lack of devaluation adequate to the economic realities, the deficit will continue to grow rapidly. The deepening recession in Europe will lead to a decrease in exports, and half-measures of the Ukrainian government will lead to the loss of the internal market ...

Likely, in early 2013 the Government and the National Bank will release the hryvnia, and the national currency may fall in price by 10-20% (up to 8,8-9,5 hryvnia to the dollar), like in the neighboring countries. In this case, disparities would partially decrease at least for a while."  The Customs Union is not mentioned in the context of devaluation at all. This is just a brief illustration of what counter campaign would look like. Currently, the Ukrainian authorities may be tempted to act without consideration of the public opinion. But this would only be easy if they were acting in the interests of the West. Here they would have to work hard for the benefit of the country in terms of the information war represented by the West from the outside, and its agents of influence in the face of the opposition and the Ukrainian "expert community" from the inside. Kiev has no chance of winning this war, and has no one to blame except itself.

P.S. In early August of 2011, several prominent Russian economists and political scientists sent an open letter to Russian Prime Minister Vladimir Putin. The signatories supported the Kremlin's desire to involve Ukraine in the Customs Union, but criticized the methods by which Moscow planned to achieve this goal. The authors of the letter were convinced that the trade and economic war between Russia and Ukraine would not only fail to yield a positive result, but would have negative consequences for both countries. They suggested giving the Ukrainian authorities more time to promote the CU in the country and engage experts of the two countries.