Fukushima to destroy all nuclear reactors in Japan 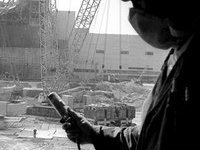 Japan that survived an accident at the plant in Fukushima six months ago may abandon nuclear energy in the future. At the very least this is the interpretation of the words of the country's leaders spoken recently. New Prime Minister of Japan Yosihiko Noda was the first to make a respective hint on September 2. He said that construction of new nuclear power plants in the country would be difficult. There are projects to build 14 reactors, but now it would be difficult to build them. Noda added that the authorities will allow using only those reactors that pass stringent safety tests.

The statement of ​​the Prime Minister was further developed by Minister of Economy and Industry of Japan Yoshio Khatira. Based on the statements of the Prime Minister, the number of nuclear power plants will be reduced to zero, he said. Khatira noted that at the moment to ensure stable power supply those plants that pass routine inspection and stress tests will be restarted. He promised to involve representatives of the International Atomic Energy Agency (IAEA) in the tests.

Until March 11 of this year, when the accident occurred at Fukushima, the Japanese were nearly the first in the world to champion the development of nuclear energy. The country has 54 nuclear reactors. Now only 12 are operating. Some units have already passed the inspection, but none of them run again because of the protests of the locals. Experts estimate that if the situation is not changed, by April of next year the nuclear program in Japan will be frozen.

Has Fukushima become another Chernobyl?

Is Japan indeed going to abandon nuclear power? Is the decision primarily economic or political? What effect will it have on Japan? Experts Victor Pavlyatenko and Vladimir Khrustalev shared their thoughts in an interview with Pravda.ru.
Victor Pavlyatenko, senior research fellow with the Center for Japanese Studies, Institute for Far Eastern Studies:

"The statements made by Noda and Khatira are a purely political move. After the accident at Fukushima people are anxious. Hundreds of thousands of people were left homeless, there was $400 billion in damage, the ruling Democratic Party is torn, and the yen is going up which is completely unprofitable for Japan's economy. The population needs to be calmed down. Today, the current rating of confidence in the cabinet is 63 percent, and they do not want to lose it.

When Noda was still a finance minister, he had to make statements about this, and they were much more cautious. His supporters have repeatedly drawn attention to fact that nuclear plants yield up to 30 percent of all energy in Japan and that the country has 54 nuclear reactors that are not that easy to replace. Yes, the nuclear power plant in Fukushima had been operating for 40 years, and would continue to operate, if not for the spring tsunami and earthquake.

Naturally, the public reacts to the decline in living standards, violation of their traditional way of life and rhythm. But objectively speaking, today there is no alternative to nuclear energy. It is unlikely that hydropower and wind power will be a meaningful and satisfying substitute. This is true not only for Japan. There is no guarantee that in Germany that made the decision to shut down nuclear reactors, future governments will not want to reopen them.

Vladimir Khrustalev, an expert on nuclear technology from the Naval University named after Admiral Nevelsky in Vladivostok:

"Let me first note that all accidents occurred at rather old plants. Both Chernobyl and Fukushima were the "last century" nuclear plants. New nuclear power stations are more reliable. Given the role played by nuclear energy in electricity supply in Japan, it will be very difficult to abandon it - in fact it now accounts for approximately 20 percent of all produced electricity.

At the same time on a wave of populism that followed the accident at Fukushima, anything can happen. It should be understood that this decision is purely political in nature, it has been adopted in the wake of atomo-phobia and legitimate claims to the security assurances from the energy companies. A strategic plan to phase out nuclear energy is likely to be adopted, involving the abolition of the construction of new reactors. In Europe, these issues were addressed in referenda. Something similar is likely in Japan. So far there is no clear strategy on this.

Most likely the cornerstone of this strategy plan will be energy saving with a parallel build-up of other types of power generation. If the matter is approached responsibly, the blow to the economy may be not that strong. One-fifth of energy is a lot, but it is in principle possible to replace it.

It is interesting that the accident occurred in Fukushima at the time when the world as a whole experienced a nuclear renaissance. However, the March events have changed everything. Germany had an immediate response to the events in Japan and was the first one to take course at shutting down nuclear reactors. In the end, the echo of German public opinion boomerang back to Japan. In this age of modern communication technologies, there is nothing surprising - ideas and examples easily cross borders.

Given that the situation is quite hysterical, apparently, there will be place for abuse, populism, politicking, and more, and not only in Japan. The consequences of the decisions taken today will be felt for years to come."