“I think Russia has the capacity to handle 25% or even more of the world's nuclear plant construction and operating needs,” Vladimir Putin stated during the launch of the second power unit of Rostov nuclear power station. The unit is the first reactor launched under the program for the development of nuclear energy production adopted in 2006. 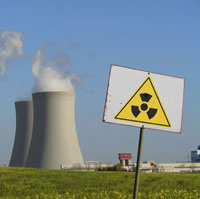 "Everything was done on the highest possible level and in time,” the Prime Minister emphasized. The station ’ s story is not a simple one . Its construction was started in late 1980, and suspended in 1991. At the end of 1999 we decided to resume works. This is an obvious success for the Russian nuclear energy sector,” Putin said.

According to the federal program “The development of Russia’s nuclear power generation complex for 2007-2010 and in the long term until 2015," the launch of the second unit of Rostov nuclear power station was planned for 2009. Yet , the official launch just happened . Two other power unites are to be launched in 2014 and 2017.

Media reports that Sergey Kirienko, head of Rosatom, stated that the construction of the third unit may be completed a year earlier and the forth one two years ahead of schedule. It is worth mentioning that it was planned to complete the unit “ahead of schedule” at the world-famous Chernobyl power station as well.

The Federal Target Program (FTP) will receive 128.3 billion rubles in funding, 110.5 of which will be paid from the state budget. This year, 68 billion rubles was allocated for the construction on new units, while the investment program of Rosenergoatom will bring another 175 billion rubles. By the end of 2015, 10 units will be built in Russia under the FTP, and another 10 will be under construction. In total, the program plans to launch 26 power units.

"We are planning to build roughly as many nuclear power units as were built during the entire history of the Soviet nuclear industry,” Putin stated. He said that the main goal was to increase nuclear power generation in Russia’s power balance from current 16% to 20%, and in the long term, to 30%. The absolute leader (and Russia’s competitor in the world market) is France, whose share of nuclear power has reached 80%. "Russia is designing or building 15 units at home and abroad. International Atomic Energy Agency recognizes Russian reactors among the safest in the world."

Russian specialists are building 5 power units abroad. Kudankulam Nuclear Power Plant is under construction in India (two power units), Bushehr power station is being built in Iran (one power unit), and construction of the Belene nuclear plant is ongoing in Bulgaria (two power units). During Putin’s visit to India last week, the parties coordinated plans to continue cooperation and another four units may be built in Kudankulam. "India offered Russia another construction site in Western Bengal (Haripur), for six units. All these projects have been approved," Atomstroyexport reports in its press release.

Vladimir Putin had a video conference with Russian specialists in Bushehr at Volgodonsk nuclear power station. The first unit in Bushehr is to be launched in the summer of 2010, RIA Novosti reports. Meanwhile, in 2009 there were talks in Iran that Atomstroyexport promised to launch the power station by March of 2010. The project looks almost endless considering the completion was initially planned for July 8 of 1999.

The government sets very ambitious tasks for the power industry. “Russia has the capacity to handle 25% or even more of the world's nuclear plant construction and operating needs,” Putin set a new goal, offering foreign partners an "all inclusive" option: the entire service package for maintenance and modernization of existing stations, Rossiyskay Gazeta reports.

Energizing of nuclear power stations construction is hiding in the shadow of green tendencies in the energy sector, much discussed in media. Yet, the US who is developing alternative energy, decided to resume the development of power energy after a 30-year break.

As of today, the US, with a hundred of reactors, is the world leader in terms of number of functioning power units. Construction of two power units is planned in the state of Georgia. During his speech in Maryland on February 16, Barack Obama announced that the government was ready to allocate $8.3 billion in loan guarantees for construction of a power station.