On March 20, vegetarians and non-meat eaters celebrated the International Day Without Meat. The traditions of marking the Day Without Meat started in 1985 and found state support in a few countries, for example, Sri Lanka, where shop owners remove meat products from shelves on March 20 following recommendations from the government. In Russia, the vegan holiday that has been celebrated since 2012 does not enjoy great popularity. 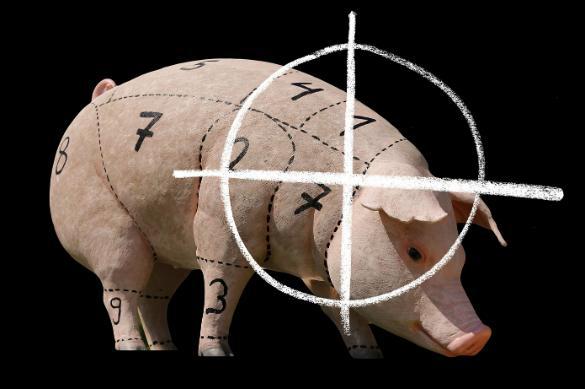 Major reasons for abandoning the consumption of meat are clear: one kilogram of meat costs 10 kilograms of grain and more than 15 liters of water. Given how many people in the world suffer from the shortage of food and water, the annual slaughter of 60 billion animals for the purpose of food consumption is inhumane to say the least. Ecologists also say that cows cause enormous damage to the environment. Animal breeding accounts for 18% of all greenhouse gas emissions - more than all types of transport combined. One can add here deforestation for pastures and the depletion of soil with fodder crops to finally realize that the consumption of meat costs the planet a lot.

At the same time, however, scientists continue to argue whether it is more beneficial to eat meat or exclude meat products from the menu. Meat contains animal protein necessary for the growth of the muscle tissue and the strengthening of the skeleton. Can it be replaced with vegetable protein contained in legumes, etc.? There is no definitive answer to this question as of yet. This uncertainty causes both vegans and meat-eaters act at their own risk.

Abuse of meat products increases the risk of developing cancerous diseases, cardiovascular problems and diabetes. This was confirmed by many scientific studies and has been recorded in World Health Organization reports. For example, two slices of bacon for breakfast increase chances for cancer by 18 percent. The amino acid in meat provokes chemical reactions that ultimately show a detrimental influence on the heart muscle. A way out is to consume white meat that contains a lot less harmful substances.

For many people, a no to meat means a weight gain. Fasting individuals, who opt for simple digestible carbohydrates - cereals, potatoes, pasta, bread, etc. - can notice the effect as they fast. Vegetables and fruit are mostly expensive and not very edible in winter. Therefore, people tend to opt for starchy carbohydrates that make the body grow heavier. Even highly useful and popularized vegetable oils and nuts contain a lot of calories - up to 1,000 cals per hundred grams.

Giving up meat lowers cholesterol. For more efficiency, one may say no to alcohol and tobacco. In addition, switching from animal protein to vegetable ones reduces the risk of osteoporosis, arthritis and kidney stones, because sulfur-containing acids in meat actively excrete calcium from the body.

Both herbal and animal products may contain harmful substances used to increase harvests, show stronger resistance to harsh climate, protect animals and plants from pests, etc. Fertilizers, steroids, nitrates - these are the words that specialists have been frightening us with for decades. In modern livestock breeding and poultry farming, producers still widely use growth stimulants, hormones, antibiotics and conservatives.

Herbal nutrients cannot replace nutrients of animal origin. For example, vitamin B12 and iron can be obtained in required amounts only from meat. Vegetable protein is not as digestible as meat protein: it gives the digestive system a more serious job to do, which can hardly be called a healthy diet.

Meat also affects the digestive system - its lower section, that is, the intestines. Meat worsens the microflora, which entails problems with peristalsis, causes weakness, nausea, and makes a person feel unwell. Vegetarians have more "good" bacteria in their intestines.

Animal protein is highly important, but its shortage can be replenished if one takes their food wisely. This will require some effort to make nourishment plans. It will also take more time as one will need to look for specific foodstuffs, but with other factors in mind, the game is worth the candle. For example, arginine amino acid that one normally extracts from meat products can be found in pumpkins, peanuts and sesame, whereas leucine and isoleucine can be found in legumes and nuts that are also rich in methionine and threonine. The same is with vitamins - one only needs to collect the required information and plan out the menu accurately in advance.

Vegetarianism does not lead to longevity. The countries where life expectancy is higher than usual may have meat food predominant and vice versa. The ratio between vegetarians and carnivores in terms of their life expectancy is approximately fifty-fifty. Therefore, meat or no meat - it is up to you to decide.