After Paddington Bear, Russia cracks down on Stalin's death

Russia's Ministry for Culture has withdrawn the distribution licence from British satirical comedy "The Death of Stalin." The film was to be released in Russia on January 25, but this is not going to happen now as the film has been banned in the country. 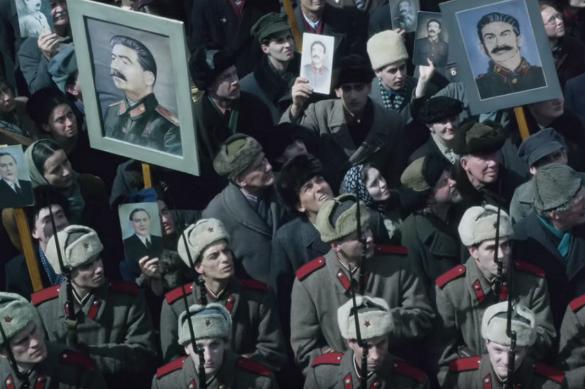 Pavel Pozhigailo, an official, who had seen the motion picture at a special screening at the ministry, said that there were scenes of unmotivated violence in the film, where people were bullied and shot.

A group of lawyers of the ministry also sought the withdrawal of the distribution license from the British film. In their appeal, the lawyers noted that the purpose of the comedy was to incite hatred and enmity, humiliate dignity of Russian (Soviet) people and propagate inferiority of a person on the basis of their social and national identity. The above, the lawyers said, should be regarded as signs of extremism. In their opinion, the distribution licence is subject to withdrawal if it is revealed that the reviewed film contains information, the dissemination of which is prohibited by the legislation of the Russian Federation.

Earlier, the Ministry of Culture tried to push back the premiere of "The Adventures of Paddington-2" for two weeks from January 18 to February 1. Russian film distributors initiated a major scandal, and the ministry issued a new license to the cartoon film from January 20.

That was the first precedent in Russia, when the premiere of a motion picture would be pushed back. Deputy director of the Institute for Strategic Studies and Forecasts, Nikita Danyuk, believes that it is inadmissible to violate the rights of filmmakers or people who want to distribute a particular film in cinemas. In an interview with Pravda.Ru editor-in-chief Inna Novikova, Mr. Danyuk said that the Russian Ministry for Culture was trying to walk on thin ice.

"Minister for Culture, Medinsky, stated that the release of the new Paddington movie was supposed to be delayed to increase the box office of the Russian film about Soviet basketball players, "Moving Up." Do you think Russia should have some sort of protectionist policy in relation to our films?"

"This is quite thin ice. We should have the protectionist policy, but it must be competent and effective. "Moving Up" is a good film, and I recommend seeing it, but the problem is different. Russian film directors and script writers use the financial support from the state to launder this money and eventually make low quality films. It will be impossible to achieve a high level of quality in the domestic cinematography without natural selection and competition with Hollywood films. As long as we live in the capitalist system, this kind of special restrictive measures against foreign films are unnecessary. Changing the schedule for film premieres is not the ultimate goal. The goal is to achieve a higher quality of products that cinema-goers buy tickets for. People will go to see good films, and "Moving Up" has proved it.

"The ultimate goal for any cinema is to make money. If there's another Hollywood popcorn blockbuster, they will opt for it. Healthy protectionism is absolutely normal and natural. The problem is that big money and big markets make various interests collide, and the one who lobbies their interests better, wins."