Ukraine to be severely punished for Eurovision row

The head of the European Broadcasting Union (EBU) Ingrid Deltenre announced a possibility of sanctions against Ukraine. 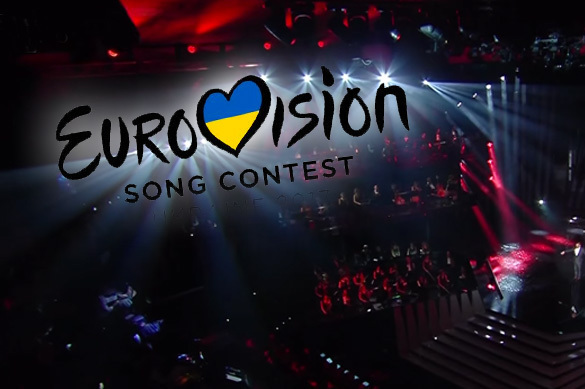 Ukraine is likely to be banned from Eurovision Song Contest 2017 because of the scandal around Russia's entry Yulia Samoilova.

"I deeply regret that Eurovision is used for political games. The contest is supposed to make people happy and bring them together, it is not meant to set people against each other," Deltenre said.

She added that the contest appeared 60 years ago, and there was not even one precedent in the history of Eurovision, when a country would be banned from taking part in it.

The official also said that Eurovision organizers were in talks with Ukrainian Prime Minister Vladimir Groisman and President Petro Poroshenko to find out a solution to the crisis.

Earlier, the European Broadcasting Union promised to ensure Russia's participation in Eurovision Song Contest 2017, the head of the organizing committee, Frank-Dieter Freiling said. He added that the Ukrainian authorities had not notified organizers of the contest about the decision to deny   Yulia Samoilova entry to Ukraine.

On March 22, representatives of Ukrainian authorities stated that Russian entry Yulia Samoilova was barred from entering Ukraine for three years.

In connection with the complicated situation, the EBU offered Russia to take part in the Song Contest via satellite communication. However, Russia rejected the offer.

Meanwhile, Ukraine's Ministry for Foreign Affairs published a presentation video of the city of Kiev for Eurovision 2017. The promo video that begins with a symbolic melody of "How can I not love you, my Kiev" has generated mixed reactions on social media.

The main idea of ​​the video is to show Kiev as a European city, its infrastructure and openness for innovations. Kiev Mayor Vitaly Klitschko appears as the main character in the video.

"It's hellish hell, a nightmare. Couldn't they find someone who loves the city and the country to avoid so much flatness and dismay?" PR director of 1+1 Media, Svetlana Paveletskaya wrote on Facebook.

Many users, who disliked the video, wrote that even students would do it better. Some others assumed that the image and monologues of Mayor Klitschko outshone city landscapes. Those  who liked the presentation video noted that it showed the beauty of Kiev, its patrols, new public transport, central attractions, etc.

It is worthy of note that the team of organizers of Kiev Eurovision officially announced its decision to stop working on preparations for the international event.

"In December, after our team received a confirmation from the EBU that Eurovision-2017 would be held in Kiev, our powers were withdrawn from us and a new supervisor of the Song Contest in Ukraine was appointed. The new supervisor was empowered with entire control over all aspects of Eurovision in Ukraine.

"We regret to say that our team can not accept the appointment and does not see an opportunity to continue working in the project to organize and host Eurovision in Ukraine," representatives of the team wrote in a statement.