Kiev Mayor Vitaly Klitschko made a mistake when he was counting snow plows from Germany during a live TV broadcast. Klitschko said that 13 plus 3 equaled 15. 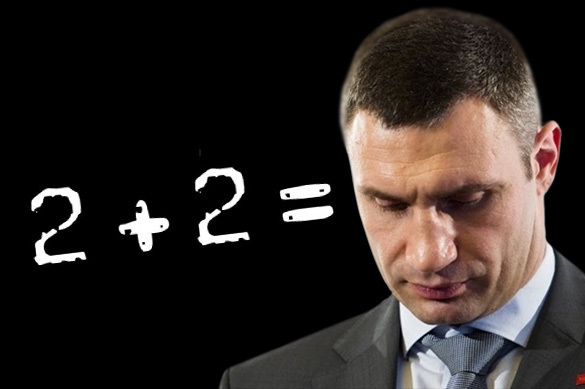 Ukraine has recently received a batch of vehicles from Germany that Klitschko welcomed in personally. Speaking about his experience, Klitschko said: "We have received help from Germany. Today, I welcomed in 15 vehicles at the customs - 13 of which were MAN and 3 others - Mercedes."

In May of 2016, during an interview with a Ukrainian radio, Mayor of Kiev Vitali Klitschko could not pronounce the word "totalitarianism." Klitschko was speaking about the process of decommunisation in Ukraine.

Klitschko said that the Kiev authorities had renamed 150 streets. He also said that there was only one communist monument left in the city. The Soviet-era monuments, he added, should be collected in one place as a historical exhibition, a museum of totalitarianism. Vitali Klitschko failed to pronounce the word correctly and was instantly ridiculed on the Internet. Many people said that Klitschko was trying to judge a whole era of history without being able to pronounce the name of the era correctly.