Russia signed the agreement to sell Alaska and the Aleutian Islands to the United States of America on March 30, 1867 in Washington. 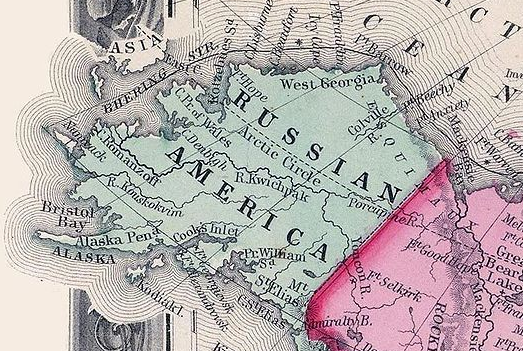 There are many myths associated with the sale of Alaska to the United States. Many believe that the territory was sold by Catherine II; some others believe that it was not sold, but rented for 99 years, but Brezhnev allegedly refused to take Alaska back.

In 1861, Russia abolished serfdom. To be able to pay compensation to landowners, Alexander II was forced to borrow from the Rothschilds 15 million pounds sterling in 1862 at 5% per annum. He had to return something to the Rothschilds, and Grand Duke Konstantin Nikolaevich, the younger brother of the czar, put forward an idea to sell "something unnecessary." Alaska turned out to be the most unnecessary thing in Russia.

On a dull cloudy day of December 16, 1866, a special meeting was held in Petersburg attended by Alexander II, Grand Duke Konstantin Nikolaevich, finance and naval ministers, as well as the Russian envoy to Washington, Baron Eduard Stoeckl. All the participants of the meeting approved the idea of ​​the sale. At the suggestion of the Ministry of Finance, the threshold of the amount was set at not less than $5 million in gold. On December 22, 1866, Alexander II approved the boundary of the territory. In March of 1867, Stoeckl arrived in Washington and officially addressed US Secretary of State William Seward.

Alaska, discovered on August 21, 1732 by Russian explorers M. Gvozdev and I. Fyodorov, was the only Russian territory outside the Eurasian continent. The signing of the treaty took place on March 30, 1867 in Washington. The territory of ​​1 million 519 thousand square kilometres was sold for 7.2 million dollars in gold, that is, 0.0474 dollars per hectare.

Interestingly, Russia would not have been able to return the debt to the Rothschilds with the money  that Russia received for Alaska. The then British pound was worth 4.87 US dollars. Therefore, Russia had borrowed the amount of 73 million dollars. We sold Alaska for less than a tenth of this amount.

However, Russia had not received all of that money. Russian ambassador to the North American United States, Eduard Stoeckl, received a check for $7.035,000. He kept $21,000 for himself from the original amount of $7.2 million and then gave $144,000 in bribes to senators who voted for the ratification of the treaty. Afterwards, he wired seven million to London by bank transfer, before the gold bars bought for that money were transported from London to Petersburg. As much as $1.5 million was lost when converting the amount first into pounds and then into gold, but that was not the last loss.

The Orkney bark that had the precious cargo on board sank on the way to Petersburg on July 16, 1868. It remains unknown whether the vessel had gold in her holds. Possibly, the gold had never left London. The insurance company that insured the ship and the cargo filed for bankruptcy and the damage was reimbursed only partly.