Russia's permanent representative to the United Nations, Vitaly Churkin, has died on February 20, a message posted on the website of the Russian Federation Ministry for Foreign Affairs said. 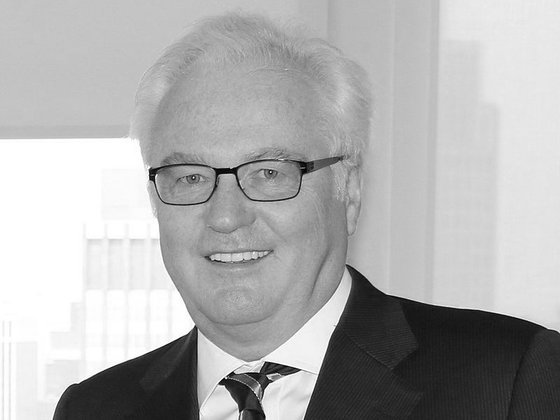 "The Russian Foreign Ministry is sad to announce that Permanent Representative of the Russian Federation to the United Nations V. Churkin died on 20 February, the day before his 65th birthday, in New York," the message said.

Vitaly Churkin took the position of Russia's Ambassador to the UN in 2006.

In 2006, Churkin made a harsh statement in response to criticism from chief military prosecutor of the Hague Tribunal, when Carla Del Ponte claimed that Russia and Serbia were not taking any efforts to capture Serbian war criminals."The prosecutor should not live in the world of political and legal illusions, hoping to arrest alleged perpetrators, who live on the territory of sovereign states," the Russian diplomat then said.

Churkin, who had long served as Boris Yeltsin's Special Representative for former Yugoslavia, did not stop there. He criticised Del Ponte for her refusal to let former Yugoslav President Slobodan Milosevic undergo medical treatment in Moscow. "The Tribunal, having failed to prove anything, has been left without the "prime defendant," on whom it had spent three years of work and enormous amount of money. What lessons will the Tribunal learn from all this?" Churkin asked.

In 2007, during the debate on Kosovo, Foreign Minister Sergei Lavrov and Permanent Representative to the UN Vitaly Churkin made clear that Russia would not accept the plan for the establishment of controlled independence of Kosovo.

Churkin, who had spent many years working on the issues related to former Yugoslavia, declared Russia's diplomatic victory. "From the point of view of Russian interests, it was a very good day. No one expected that the Security Council could come up with any decision. Obviously, there will be a long debate about the status of Kosovo. Yet, even most ardent champions of imposing solutions (about Kosovo's independence - ed.) should understand that such an approach will not receive the support from the Security Council," Russia's permanent representative to the UN said.

Vitaly Churkin always defended the position of the Russian Federation at the UN Security Council. For example, in August of 2008, during the military conflict between Russia and Georgia, Churkin confronted representatives of Western powers.

According to media reports, Churkin was staying in the building of Russia's representative office to the UN located on the 67th Street in New York, when he fell ill. Reportedly, he had a heart attack. Churkin was unconscious; he received cardiopulmonary resuscitation.

Official spokeswoman for the Russian Foreign Ministry Maria Zakharova wrote on her Facebook page: "A great diplomat. An extraordinary personality. A bright person. We have lost a loved one," she wrote.

The UN meeting in New York began with a minute of silence to honour the Russian diplomat.