Slobodan Milosevic: The killing of an innocent man

International Criminal Tribunal for the former Yugoslavia in The Hague quietly acknowledged the innocence of former president of Serbia and Yugoslavia Slobodan Milosevic. Ten years after the very suspicious death of the Serbian leader in a Dutch prison, the 1,300th page of the 2,000-page document on the case of Radovan Karadzic, the Bosnian Serb leader, acknowledged that Milosevic had not committed crimes against humanity, nor had he organized any mass killings or deportations of Croats and Bosnians. In other words, it was an innocent man who died in a UN prison. French journalist Dimitri De Koshko was working in Yugoslavia at the time of Milosevic's arrest. Koshko was closely following the parody of the trial in The Hague. In an interview with Pravda.Ru, Dimitri De Koshko talked about circumstances of the possible murder of the Serbian leader in prison. 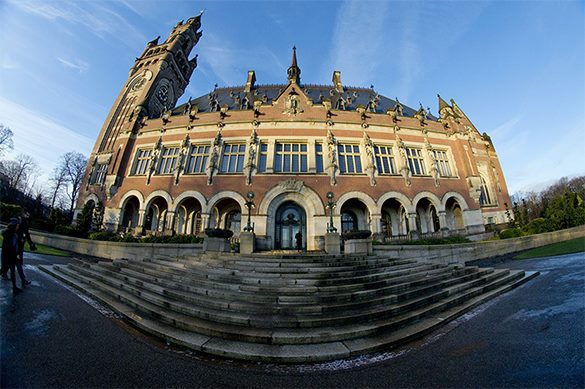 "Today, we are talking about the trial in The Hague that has seen its legal ending only now. Milosevic was posthumously and very quietly acquitted by the Tribunal."

"I'm a journalist and I can not judge on the legal side of the case, but I can assure you that a whole sea of lies was created to destroy Milosevic. His name was stained in the era of the Dayton Accords, in 1995, during Bill Clinton's presidency. The American administration used to have its own approach to the problem. The US used to be most interested in Bosnia-Herzegovina and the three main ethnic groups that had entered into civil strife there, namely the Croats, the Bosnians and the Serbs. The massacre that erupted in that region was especially brutal.

"One can say that an entire ocean can be reflected in a drop of water. All elements of the Yugoslavian conflict could be found in the republic of Bosnia-Herzegovina. Milosevic was strongly opposed to the division of the territory.

"Milosevic continued to insist on his position even when he was taken into custody for the trial in The Hague, where he died ten years ago. It should be noted that he died under very strange circumstances.

"Without his knowledge, Milosevic was given a drug that neutralized the effect of the medicines against high blood pressure that the Serbian leader was taking. This is absurd, but the Dutch government refused to share details of Milosevic's treatment. According to the data made available through Wikileaks, it turns out that the judges in The Hague were discussing details of Milosevic's treatment with employees of the US Embassy in the Netherlands. This is a direct violation of medical confidentiality. It turns out that Milosevic did not know what medications he was taking in prison. All this is strange, to say the least.

"Ten years ago, Milosevic was charged with genocide against Albanians. He refused to acknowledge that he was involved in the crime. According to the Court, 250,000 Albanians were killed in Kosovo. FBI agents and agents from other, so-called Western democracies, went to Kosovo to investigate. Those people found no traces of mass graves there. They did find the remains of Serbs and Roma tortured by the so-called Kosovo Liberation Army. The latter used to enjoy NATO's full support at the time.

"Let us not forget that all those terrible events began with the bombings of Yugoslavia, at NATO' own initiative. It turns out that Milosevic had not succumbed to the provocations. When the judges failed to prove Milosevic's guilt, they switched to Bosnia. I must say here that Milosevic's position was very different from that of Karadzic. Milosevic's entire life was very closely connected with the  principles of the so-called "Yugoslav socialism." He had been following those principles in Yugoslavia and in his native land, Serbia. At that time, Serbia was the only republic of the former Yugoslavia, where there was no ethnic cleansing. This comes contrary to what my dear colleagues from Western publications were saying.

"Additionally, everyone ignores the fact that the Serbs were expelled from Krajina (Croatia) in a brutal way. I mean the crimes committed by pro-Croat Nazi gangs. By the way, they use the same techniques in the East of Ukraine now. It just so happens that the world will learn the truth about the current events in Ukraine in about a decade. The West, including Western media, used to be silent about Iraq and then about Libya. They did not say anything about the blatant crimes that were committed in Yugoslavia.

"Milosevic was acquitted on the 1,303rd page of the document against former head of the Croatian Serbs, Radovan Karadzic. One needs to bear in mind the fact that the position of Milosevic was very different from that of Karadzic. Yet, the Western media was hysterically screaming about their common guilt. Western journalists used to call Milosevic another Hitler, but Milosevic had never built any form of dictatorship in his country. Yet, the journalists had to follow the mainstream, to build their careers. Independent journalists would be accused of working for Milosevic. Nowadays, they accuse us, independent journalists, of working for Putin."

"We saw the hanging of Saddam Hussein and then the lynching of Muammar Gaddafi. It appears that the crimes that the West has committed during the last 10-15 years were part of the plan to destabilize the state of affairs in the world."

"We were all following the course of the USA. One should give then-French President Jacques Chirac credit for refusing to follow the Americans in Iraq. As for Gaddafi, he was a dictator, but he managed to reconcile different tribes in his country to ensure peaceful life for people.

"Now the USA is obsessed with the idea to topple Bashar Assad, who is a member of the Alawite minority. Assad is the key to the rights of minorities in Syria, even though his rule does have certain dictatorial traits.

"Now the West has to deal with refugees from Somalia, Ethiopia, Eritrea, a whole region of central Africa and Afghanistan. These days, we can see the Western media demonizing Russia, just like they were demonizing Milosevic and Serbia.