Why was Russia kicked out of 2018 Paralympic Games? 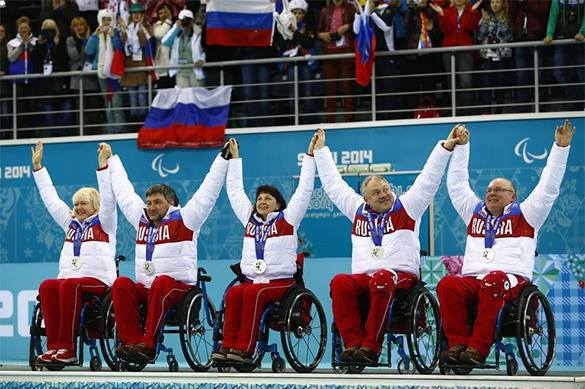 The move, inter alia, was based on the fact that the Paralympic Committee of Russia was deprived of its membership in the international organization in August 2016.

"They have excluded absolutely everyone, but I have not heard of any charges associated with the use of illegal drugs or doping against any of the athletes. Apparently, our colleagues at the IPC share another point of view, but this point of view is debatable, to put it mildly, because in this case it goes about collective guilt," president of the Paralympic Committee of Russia, Vladimir Lukin said.

According to chairman of the International Association of Peace Foundations, Anatoly Karpov, the decision to exclude the Russian team violates human rights in accordance with international standards. "It is particularly sad that it concerns disabled individuals. Should the Sports Arbitration Court dismiss the Russian team, we should try to go to an international court, or to Swiss civil courts, which are exempt from political pressure," Karpov told Pravda.Ru.

Meanwhile, a message posted on the official website of the Paralympic Committee of Russia said that the committee would continue preparing Russian athletes with disabilities for the Winter Paralympic Games in Korea. In addition, the IPC has recently said that Russia's membership in the International Paralympic family is likely to be restored.

In December 2016, the World Anti-Doping Agency (WADA) published the second part of the McLaren report about doping in Russia. According to the document, more than a thousand Russian athletes could be involved in manipulations with positive doping tests. The report particularly said that Russia's best coaches would supply doping drugs to top athletes. However, the accusations were based on no evidence whatsoever. This is clearly a violation of the rights of athletes. The report provided no information about the procedure to check the samples. This is a direct violation of the WADA Code, as all manipulations with "B" samples shall be carried out in the presence of athletes.

As before, the McLaren report has not unveiled the secret of how "perpetrators" could unseal the sample containers without leaving any traces on them. Representatives of Klaus Metzler Eckmann - the company that makes the containers for doping samples - assured that it was impossible to unseal containers without damaging them.

To crown it all, all the investigations and accusations affect only Russian athletes and no one else, even though several well-known US athletes were exposed of the use of doping drugs as well.