On the basis of the report from the independent commission of the World Anti-Doping Agency (WADA) under the direction of Richard McLaren, Russian Paralympic athletes were excluded from the Paralympic Games in Rio de Janeiro. The decision was announced by the head of the International Paralympic Committee (IPC) Philip Craven at a press conference on 7 August. 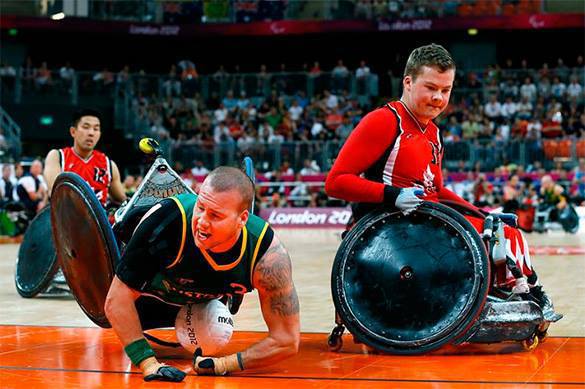 Pravda.Ru asked historian and publicist Andrei Fursov to comment on the situation.

According to the expert, the exclusion of the Russian Paralympians from the Olympics is not a major blow to Russia, but the event has demonstrated double standards of the West in their absolute form.

"For the last 20-25 years, the West has been preoccupied with the people, whom one does not even call disabled individuals in the West. Instead, they refer to such people as physically challenged individuals. The Western society cherishes and glorifies them, but if those people are Russians, then they can be humiliated in front of the whole world.

"The attitude of the West to Russian Paralympic athletes is the last straw, which has shown that the Russians were simply excluded from the circle, where at least vestiges of moral standards were preserved," Andrey Fursov told Pravda.Ru, adding that he was surprised not to hear a reaction from Russian officials.

According to Mr. Fursov, WADA is very vulnerable agency. However, Russia, unfortunately, always loses these "games", since our country has no intelligent sports lawyers.

For the last few years, the Western media have been demonizing the image of Russia. Now Russia has to deal with another scandal, in which disabled individuals are involved.

The current brazen media campaign against Russia can be compared with the campaign from the 1830s-1840s, on the eve of the outbreak of the Crimean War, when the British launched the first "Russophobia" project. At first, Russia was criticized on a religious basis, as an Orthodox country, but then the West started criticizing Russia just because it is populated by Russians.

"We should bear in mind the fact this it is typical for enemy to do such things. I have questions to the Russian side that has proved to be unprepared for the Olympic scandal. If we are strong enough, then the new Russophobia 2.0 project will not lead to a new Crimean war, and the enemy will stop at the gate and begin to retreat. Russia must not take a bow to the enemy as offense is the best defense. No one has ever come up with anything better than that," Andrei Fursov told Pravda.Ru.