Russian authorities will offer the new US administration to resume cooperation on issues related to the adoption of Russian children by American parents, representative for the Russian Foreign Ministry on human rights, democracy and the rule of law, Konstantin Dolgov, told reporters Wednesday. 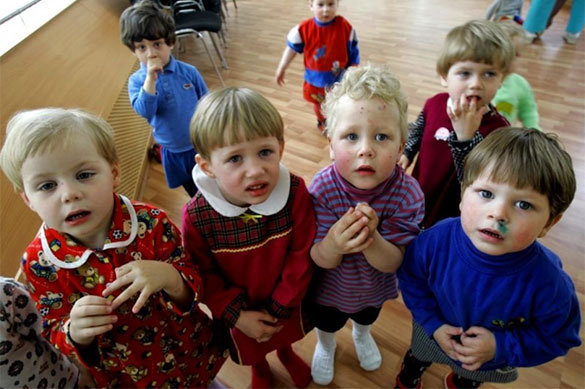 "We hope that within a reasonable period of time after the formation of the new US administration, we will be able to travel to the United States. The question remains on our agenda, and we hope that the new US administration will positively consider this issue," said Dolgov, speaking at a meeting of the interdepartmental working group on the international protection of children's rights.

According to the official, there is no international document that would ensure comprehensive protection of the rights of adopted children. The absence of such  a document, Dolgov added,  affected the situation in the field of adoption, RIA Novosti reports.

Russia adopted the "law of Dima Yakovlev" in late 2012. The law banned the adoption of Russian children by American parents after a series of outrageous acts of violence that US parents had committed against the children, whom they had adopted from Russia. The law was named so after Dima Yakovlev, a boy, who died in a hot car of his adoptive father in the USA. The US court acquitted the man of criminal negligence.

According to recent opinion polls, the number of Russians who support the "law of Dima Yakovlev" reaches 76 percent. In January 2013, when the law came into effect, it received the support from  54 percent of Russian citizens.

During the work of the "law of Dima Yakovlev," the number of orphans in Russia has significantly decreased, chairwoman of the Duma Committee on Labor, Social Policy and Veterans, Olga Batalina (United Russia) said.

The situation with the accommodation of children with disabilities has improved as well. In 2016, Russian families adopted 1,666 of such children (1,074 in 2011). International adoption has dropped 2.5 times, Batalina also said.

Experts point out negative factors of the adoption of Russian children by foreigners.

"In the United States, there is no system to control the state of affairs in the field, and it is impossible for our services to supervise that. In addition, adopted Russian children stop speaking Russian - this is a gross violation of the convention on children's right for their mother tongue. To crown it all, it is impossible to build a system that would deal with all these issues," chairwoman of the public organization Union of Russian Women, Federation Council member, Ekaterina Lakhova said.

"I believe that is is vital to create conditions for Russian children to stay in Russia. Most importantly, we need to take urgent measures to reduce the number of orphaned children," she added.

According to Commissioner for Children's Rights, Anna Kuznetsova, Russia may abolish the "law of Dima Yakovlev" only after Russia receives a possibility to follow the lives of previously adopted Russian children.

According to Kuznetsova, the Russian side has made more than a thousand inquiries on the subject to the United States, but all of them remain unanswered.

"Our prime goal is to find out what has happened to the children, who already live there. If all is well, then we can think about the future of the law or any other mechanism that can be introduced instead," Kuznetsova said in December 2016.

The official added that Russia considers a priority to accommodate children without parents in Russian families and support those Russians adults, who are ready to adopt children.