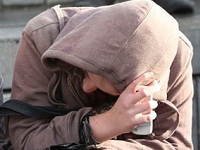 The Commissioner for Children's Rights under the President of Russia, Pavel Astakhov, asked the Prosecutor General's Office to find out how US citizens adopt Russian orphans bypassing the so-called "Dima Yakovlev law". According to the US State Department, during the 2014 fiscal year, which ended Sept. 30, citizens of the United States adopted Russian eleven children.

Officials with the Russian Ministry for Education assumed that the State Department could consider adoptions of Russian children in third countries. The department keeps records of adoption of Russian orphans. According to the ministry, there was no information registered last year about children available for adoption by US citizens.

According to Astakhov, it is possible to circumvent the law. This can be done, for example, in case of mixed marriages, where one spouse is a citizen of the Russian Federation. Finding these children will be very difficult, because the United States had officially refused to provide information on adopted children.