Made in America: Mass Incarceration, The Prison Industrial Complex...

Made in America: Mass Incarceration, The Prison Industrial Complex, and the Rich Who are Above the Law. 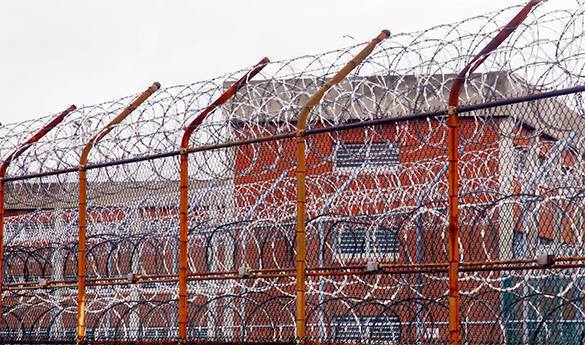 If you purchase a product with a tag that says, "Made in America" it is very likely that it was actually "made" or manufactured by forced prison labor. Although American slavery was abolished in 1865, a loophole in the 13th Amendment has allowed it to continue "as a punishment for crimes". Over the last 20 years, corporations that profit greatly from forced prison labor have spent millions of dollars lobbying Congress for a broader and broader definition of "crime" and as a result, the United States now has the largest prison population in the world with approximately 5 million people incarcerated in State and Federal prisons. No other society in history has imprisoned more of its own citizens. Now in 2016, approximately 2 out of every 100 Americans are incarcerated mostly for small, non-violent offences such as possession of a marijuana cigarette or stealing a candy bar. In the United States, there are currently over 40,000 local, state and federal laws, regulations and statutes on the books that carry a prison sentence and / or a hefty fine. The following is a link to a list of 728 ridiculous crimes such as "Flying a kite more than ten feet above the ground" for which you can actually be incarcerated if you violate one of them!

Taking this list and the 40,000 other laws, regulations and statutes into account, the average American unknowingly violates 3 or more laws, regulations or statutes per day making every man, woman, and child technically a criminal who can be arrested, fined, or incarcerated at any time! For example, a dear friend of mine who was a model citizen and who never even had so much as a parking ticket was arrested and jailed for the crime of "Dog at Large". Yes, her unforgivable offense was "Dog at Large". Apparently, her dog jumped over the fence and got out of the back yard and was picked up by the dogcatcher. Despite this being her first offense, an arrest warrant was issued for her and the police came into her home at 3:am with guns drawn and put her in handcuffs. They drug her out of her home and took her away in a squad car leaving her three young children alone and terrified! Now my friend who had always been a model citizen has an arrest record with her photo and fingerprints recorded in the Federal Database of "Known Criminals" and all for the crime of, "Dog at Large".

It is this kind of oppression; tyranny and abuse that the American people have been subject to over the last several decades while the rich and privileged in America seem to live above the law while committing the most heinous crimes with absolute impunity. The entire world witnessed the sickening miscarriage of justice as the "Affluenza" teen Ethan Couch received nothing more than probation for the murder of four people because the judge felt that, "He was too rich to know any better." The world also watched as the "Stanford Rapist" Brock Turner, the son of a wealthy California family, served only three months in a county jail for the brutal rape of an unconscious woman. It is this kind of unfairness; injustice and double standards that the American people have suffered time and time again, as the rich are never held accountable and the poor are incarcerated for the smallest offense.

Welcome to the Oligarchy!