I often wonder, when I am watching the news, or a documentary, what can I do to all this misery? When again bombs are thrown, when people blow themselves up and take others with them, when refugees drown, or washe ashore, saved and to be left to their own fate, with little help further, then I ask myself, what can I do? 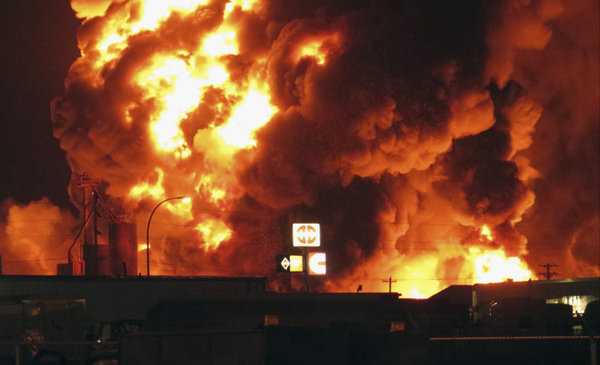 When Mother Earth shows again how death: - sick SHE is, when old lonely people get little or no attention or care, where hard-working people longer, harder and for less or the same wages must work as modern slaves, when there is child labor or child abuse, human trafficking and oppression, where there is no freedom, I ask myself quite often, what can I do ???

Voluntary works, donations to charities, go into politics, to help people in Calais, helping refugees, old people visit and possibly help, demonstrate, organize, anywhere and everywhere, always, unionworker, writing about the abuses, make people wake up. This could I can possibly do, but then changed something really structural ???

Volunteering is a good initiative and I have done it several times and in the direct environment very useful. Especially for lonely old people in need, or mental / physical disabilities, or just for the neighborhood. The problem is time, one has to work too hard, in order to have enough time to help. But wanting is be able. Moreover, these important basic necessities as health care, education, electricity, food, shelter should be properly regulated by the public authorities. Why and for which we pay taxes almost all our life and for which and why we elect our representatives ???

Donations to charities. Still  giving money to charities, but less than before. The problem is that for every euro/dollar there is so little for the real goals, that often the salaries of the directors are too high and that for a idealistic association. The top yarn spins with the elite, but underneath much idealism and loving passionate people are really concerned. Often they deserved to otherwise misery. Extremely ill behavior.

(Once we donated, me and my family, (find it important that children are connected and have empathy with the world) to children in Africa, we adopted a young boy, sent money every month, and we got to see pictures and sometimes a letter. Eventually the letters were written by others and donated the most to the initiator.) All very good initiatives, ideals, associations from the good act, but ultimately by corrupting directors get screwed.

Go into politics. Haha, feel concerned with world politics, with the world and with justiceship, but all of that nothing is finding back  in today's politics. Today's politicians are puppets of the establishment, of the shadow cabinet. It's a big wasp's nest, with many big EGOS and megalomaniac types. (What to think about the thousands of lobbyists?) Politicians are masters at debating, the crooked they talk straight. Them it is not about truth, but about talking. They already represent not the people, and therefore they have no rights exist anymore. (I am not a master of the word, and prefer truth. Truth requires little words.) In addition, Politics and Power mostly corrupt, therefore establish a limited keeping quality date, where corruption begins, stop it right away and dismiss, or temporary expulsion them from the community.

Many are noisy parrots, like Trump, Le Pen and Wilders, Erdogan and many (right,left) populist rabble in Europe, America and the rest of the world, but they also have many supporters. Somewhat understandable, because they are fed with wrong ingredients. (See old Native American two wolf storie), but a life great threat, with all that hate, fear, uncertainty, debt, frustrations of the people, whipped up by the noisy parrots.

Mocking politicians so popular, why?

Why are politicians who make a mockery of the truth so popular ?? And why call the same protagonists or key players the loudest that they and only they speak the truth and others all lie ?? Ignorance has already become a virtue and unfortunately there is a loss of truth and of the facts. The receptive mind makes lies a success.

Calais is not far from here and I am afraid to go there. Afraid of violence and chaos. Since 2001 usually come economic refugees there and the authorities did nothing about their problems and left them to their fate (again), and now there are around 10,000 desperate, with lots of testosterone and adrenaline in their blood. All want their (promised country), Great Britain. A hopeless situation, and they also try to build a wall.

When war refugees drown again or wash ashore on the European coasts, is the outrage, powerlessness and amazement of so much inhumanity all the way up. Where is our humanity, our empathy, such big dramas. No one flees for his / her fun of home and fireplace. I may bring blankets there and get in the way, but actually do something there, or here ?? Yes, here its possible when they get a place in the neighborhood and I'm going to sign up for it, when it comes to that.

Here are our representatives responsible for, but unfortunately those how are responsible do not take responsibility and bombard them on and on. The reps I would like to mention by name. Daesh, America, Europe, Middle East, Israël, Russia, Saudi Arabia, and specifically mentioned Turkey, because Turkey has a lot of strong internal and external problems that seem unsolvable, because of obstinacy, despotism and pride Erdogan. A true leader leads the people to prosperity and development, but today's leaders suffer the people.

Demonstrating I find a good way to express your opinion, to vent your dissatisfaction, and I have often demonstrated and will continue to do so, and soon along with Anonymous Million Mask March 5 November in Amsterdam and many other capitals, (all join in) but it has not really helped so far. Only the Vietnam demonstrations eventually helped. In 1981 and 1983, each demonstrated a half million Dutch against nuclear weapons and our former union leader Wim Cook said; "The atomic bombs will NEVER be installed in the Netherlands, as long as I have something to say." Later he became PvdA Prime Minister of the Netherlands and later various jobs as commissioner of a bank and other multi-nationals. First Wim Cook was quite idealistic and an example to many, but finally corrupted. (Perhaps politicians are receptive to  blackmail) The atomic bombs are today still in the Netherlands and still it denied and concealed. But as long as demonstrate is a right, I will continue to demonstrate, always in a peaceful and unifying way, and of course for the good cause. The people are with many, the elite are with less and the people still have the power if we truly want.

Other excellent ways to express your opinion: Organizations such as Care2, Avaaz, SumOfUs collecting signatures, which is also good to achieve change opportunities. Reference's are also a good way and important to express and stand up for humanity, environment-friendly and social developments / changes that affect us all.

Write I try to do, but I'm not as talented and gifted with a pen. Try to make people wake up and  to write about worldpeace and prosperity for all, not just for the happy few, and connect, unite in my limited way, but does it help? For i believe their is not much time over for a real free world. It is easy to preach in his own church, but it would be better to hit dissidents and there grow a seed which will hopefully come to prosper. So far have the feeling that i were unable to convince dissenters, that LOVE is the answer to everything.

The essence of our existence. Realize how unique and wonderful is our planet Earth? How special is this little planet Earth in our universe ?? Precisely close enough, or far away from our sun, in this seemingly endless and unimaginable beautiful stars and solar systems. That tiny little planet, where such a paradise of natural beauty to be admired and everything to do with each other, everything is interconnected and all need each other. What a marvelous diversity of living beings. truly a 'Garden of Eden', a 'Paradise on Earth'. However, some egotistical megalomaniac greedy individuals, fuck our Earthly Paradise and we are partly responsible, since we are indifferent, careless, nochalance and ignorant. PLEASE, realize, truly realize how special and unique is our planet Earth. One small planet, our planet and we humans all have the same human DNA. One planet, One Human Race.

But who am I? Ran away from home at 17 and never finished school, no qualifications, of middle-class origin, without money and without influence, many good intentions, but with limited abilities.  Autodidact and life is my biggest teacher. Know nothing, just on the way and willing to learn. Am just a simple man. "I just want to feel real love, in the moments that I live in. Too much love of life flowing through my veins." (Robbie Williams)

People with the right qualities often make the wrong choice programs, have big ego's. Wrong reasons, do not focus on society. The individual must be in harmony with society. These people also see that the world is going to shit. Why do people who can really do something for Human, our offspring and our lovely little planet called EARTH nothing, while they are the ones who can bring real change ??

"It must stop and as I see it, it will only stop when the people, in a peaceful way to force their governments to stop. That's the only solution, the fundamental question is this,... Have the people the will and understanding that changes are coming from the people and the change will surfe, rather then enslaven them? Or we leave to do the work by our children and grandchildren? " (George Orwell)