Intoxicating sense of superiority and entitlement to privilege lulled the leftist dignitaries into a delusional nirvana of lack of accountability and eternal power. Lazily and nonchalantly kicking their legs over criminal charges they seem convinced that it will cover up the legal Mount Bravo Sierra towering over terminus of their reign. 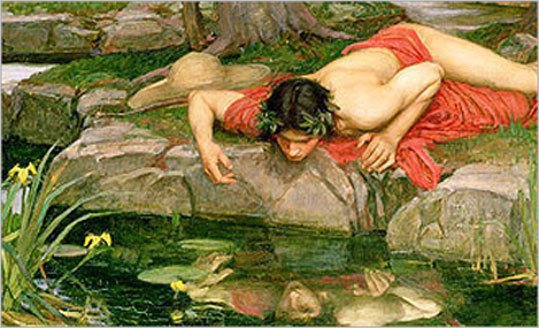 Undoubting in soothing soothsaying of their own propaganda and arrogantly unconcerned by opinion of ´´deplorables´´, the soon to be ex-administration acts as if process of election was just a boring and irrelevant formality. The members of ´´world transforming´´ club seem unperturbable, but are they?

Retribution and lashing out

Retribution and lashing out at pet hates serves punishing others for own fears. The narcissists mark their territory by inflicting harm and committing acts they view as the most humiliating for whoever they chose to attack.

Recently Navy Secretary Ray Mabus ´´is honoring people who have shown heroism´´  by naming ships after Harvey Milk and Cesar Chavez . Senator Feinstein who for years fought for ´´right to share´´ inheritance of homeless Veterans in L.A is currently busy pushing West LA VA Bill, and yet found time in her hectic schedule to sponsor ´´Milk´s ship´´. Not sure if military is ´´correctly upset´´, but with Hanoi Jane and LA Dianne toilet bowl vinyl stickers usually sold out, many sailors will gladly receive a larger, more challenging surface as a target.

No matter how smug on the outside, the narcissists give away signs of panic when they intensify the use of their comfort techniques such as gaslighting, warmongering and dividing.

The maddening and yet primitive gaslighting consists on accusing the opponent for own acts or attributing him narcissistic characteristics. Quite ironically, Donald Trump´s participation in the particularly grueling and unfair electoral battle proves the contrary of self-absorption. Moreover, the narcissists do not like business; they are notorious for safe bureaucracy - living on and running out of other people´s money.

Warmongering-as in constant attempts to ´´involve´´ Russia in American elections, is even more ridiculous because we do remember Obama´s ´´careless whispers´´.

Dividing -as in Obama´s vision of Divided States of America. In his recent and symbolic Flagian slip, Obama blessed Colin Kaepernick´s ´´active citizenry´´ translating to blatant disrespect to national anthem. Kaepernick´s action doesn´t even qualify as a protest-he doesn´t rebel against the government and he doesn´t name ´´the entity´ ´generating the ´´ injustice´´.

The national elections are not only a crucial event for the country´s future, the conduct of the electoral process serves also as a barometer of democracy and respect for the voters.

Hillary Clinton not astonishingly allowed herself for arrogant attack on people who have every right to electoral freedom of opinion; voters- bashing proves one more time, that members of present administration who in case of criticism open ´´social equality and egalitarianism´´ umbrella, mock citizens´ rights and that they do not see themselves as public servants humbly serving the nation.

On planet Hillary Clinton, we the people have duty to elect her, because she shrieks so -or else!

Barack Obama on his turn, overtly tampers with the electoral process by candidate bashing and displays a delusional and undemocratic belief that a soon to be ex-president is the future elections´ organizer.

Term ´´narcissistic leadership´ ´defines a style of management where a narcissist in charge surrounds himself with ´´mirrors´´- collaborators with narcissistic traits he finds easy to control and rewards by giving them portions of supremacy they crave. A malignant narcissist constantly needs to feed his fake self-inflated ego and is connected to sense of grandiosity by a ´´umbilical cord´´ of power.

Needless to say, any degradation in status, not to mention losing power is the greatest fear of narcissist who insulates his permanent anguish with a cushion of applause required from sycophantic media. If the pressure mounts, the usually asleep on the job narcissistic camp becomes more persevering and aggressive.

Bill Clinton tells the truth ´´frequently but rarely´´ but for once he seems both truthful and correct: these days Hillary does works like a demon -self-possessed in more ways than one.