A legal first against cultural terrorism

The first international trial resulting from the destruction of historical and religious monuments, namely the wanton destruction of the monuments in the Malian city of Timbuktu in 2012, has resulted in a plea of guilty by the accused, Ahmad al-Faqi al-Mahdi and brings attention to the deliberate targeting of cultural heritage during armed conflict. 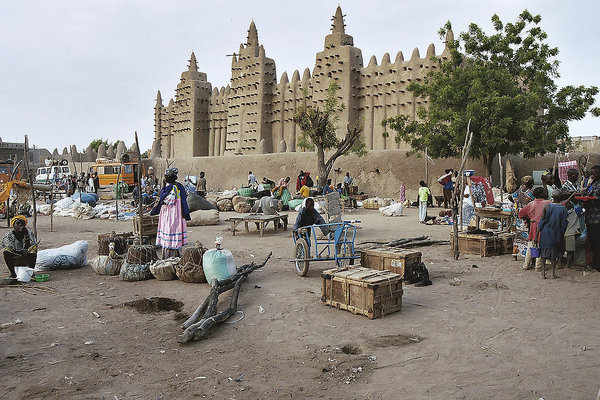 In June and July of 2012, Ahmad al-Faqi al-Mahdi and his co-perpetrators wantonly destroyed monuments classified as world heritage, national heritage of Mali and African heritage in Timbuktu, buildings which were described by the ICC Prosecutor in the trial at the International Criminal Court at The Hague, Fatou Bensouda, as being "of immeasurable value", namely the mausoleums of Moslem saints. All except one of the monuments described were classified as World Heritage.

In July 2012, the Mausoleums of Sidi Mahmoud, Sidi Mokhtar and Alpha Moya were destroyed in Timbuktu, the intellectual and spiritual capital for the propagation of Islam through northern Africa in the fifteenth and sixteenth centuries. Added to these were the Mausoleums of the Al Hassan and Al Houseyni twins, destroyed on December 23, 2012.

Guilty of a war crime

Al-Mahdi was a member of Ansar Dine and was directly involved in the desecration of mausoleums in the ancient city of Timbuktu in 2012 and admitted he was guilty of the war crime of destroying historical and religious monuments during armed conflict. ICC Prosecutor Fatou Bensouda said "These buildings were deliberately destroyed by Mr. Al Mahdi and his co-perpetrators before the very eyes of the people of Timbuktu, who looked on powerlessly," adding that "Today's trial is ... all the more historic in view of the destructive rage that marks our times, in which humanity's common heritage is subject to repeated and planned ravages by individuals and groups whose goal is to eradicate any representation of a world that differs from theirs by eliminating the physical manifestations that are at the heart of communities."

UN Secretary-General Ban Ki-Moon declared that this is a landmark case because "it draws our attention to an increasingly worrying trend of deliberate destruction of cultural heritage in situations of armed conflict"... "Such attacks represent a callous assault on the dignity and identity of entire populations and their religious and historical roots."

A final decision and a sentence will be passed on al-Mahdi after the due legal procedure has been completed.

Not the end of the story

However the case of al-Mahdi is not the end of the story. Recently, UNESCO warned that the old towns of Djenné, also on the UNESCO list of world heritage, are still at risk today due to increased insecurity in the region, inclusing attacks on supplies to protect the ancient buildings.

The main town of the Djenné Circle is called Djenné, which is one of the oldest towns of Sub-Saharan Africa and it is located 130 kilometers southwest of the regional capital Mopti, 570 kilometers northeast of the capital city of Mali, Bamako.

The Old Towns of Djenné are in fact four archaeological sites: Djenné-Djeno, Hambarkétolo, Kaniana and Tonomba, symbolizing the typical African city and also Islamic architecture in this region of Africa. One of the main characteristics is the use of earth in the architecture, and the Mosque is a prime example of this. Many buildings have singular features, namely their vertical style, ornamental façades and buttresses.

Djenné-Djeno, Hambarketolo, Tonomba and Kaniana bear  witness to pre-Islamic civilizations on the inland Delta of the Niger.  Djenné-Djeno itself has many houses built in traditional round mud brick (djénné ferey) and the many artefects discovered make this a major archeological site and an important learning center for the study of industrial and craft techniques.

The constructions are characterized by the decorated porch, supporting pilasters and a potige in the center, a motif indicating the position of the main entrance. It is a singluar example of earthen architecture. The building techniques using Earth were passed down from generation to generation.

During al-Mahdi's reign of terror, many ancient manuscripts dating from the thirteenth centuries, covering subjects such as religious studies, science, astronomy, mathematics, architecture and medicine, music, poetry, literature, children's rights and women's rights were also destroyed. However, many survived, due to the fact that the local population took them from their museums before the onslaught by extremists and selflessly buried them in safe places or hid them in their homes, despite the risk of being killed for so doing.

Irina Bokova, at the time, described the heritage of Mali as "a source of strength and confidence for the people of Mali as they consolidate the foundations of peace".

This is an important step towards underlining the collective responsibility of the present generations in preserving, at least, what has been bequeathed to us from the past so that we can, again at the very least, pass on what we inherited to the future. It seems that as far as contributing anything meaningful, we are not doing very well.