There is no such thing as 'ethnic Ukrainians'

Ukrainian President Petro Poroshenko continues praising his own achievements and building castles in the air at the time when Ukraine is living in poverty. Why don't the Ukrainians take to the streets to do away with the criminal authorities? Pravda.Ru discussed the current state of affairs in the country in an interview with retired police colonel, coordinator of the Union of Ukraine's Mothers movement, Galina Zaporozhtseva. 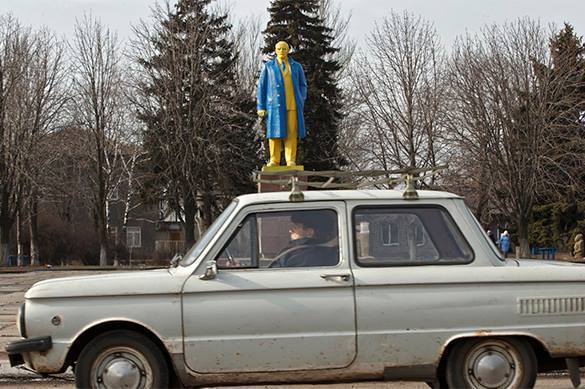 "What has the coup led Ukraine to and what is happening in the country now?"

The coup has reanimated the system of lawlessness of the 1990s, having taken it to a new level. Thieves have found themselves in power. As a result, the Ukrainian authorities have been criminalized, and this effect continues to strengthen as time goes by. Unfortunately, one has to admit that this phenomenon has affected not only separate regions, but the whole country. Today's Ukraine lives according to principles, rather than laws. The power belongs to the strong.

"Politicians do not look into history. They build the new history on the basis of myths that they create themselves. They try to strike true history out and make people forget about their past. The Donbas, the south-east of Ukraine, rebelled the people living there do not want to accept what the new Ukrainian government gives them. Bandera is not our hero. For many Ukrainians, a hero is Bogdan Khmelnitsky, Kovpak or many writers who were developing the culture of Ukraine.

"Social consciousness is being manipulated to promote elements of fascism. How to say it right: "the people of Ukraine" or "the Ukrainian people?" Ukraine is a multinational country - there are Bulgarians, Germans, Greeks and many other nationalities living in Ukraine. We have been told for 23 years that we are the Ukrainian nation. We have lost vigilance and now we have to deal with manifestations of fascism, when people are divided into two classes.

"We can see a similar phenomenon in the Baltic States, where natives of the former Soviet Union were called "non-citizens." We may soon hear people saying words like "ethnic Ukrainian", even though there is no such thing as "ethnic Ukrainians" - we are all Russians. Yet, a pseudo-nation was formed that it tries to place itself above others - this is a step towards fascism."