Human and animal rights, bad parenting and the multi-tasking society

A couple of incidents in the United States of America recently involving the murder of animals because bad parenting resulted in close encounters with toddlers brings into question the issue of whether animals should be murdered, where their rights begin and where human rights end and the issue of parenting in the multi-tasking age. 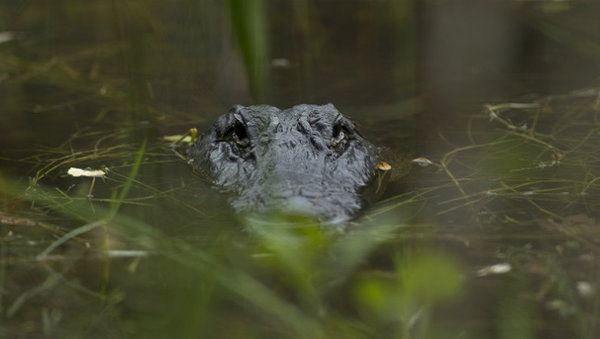 To start with, let us all commiserate with the family of the two-year-old boy who was dragged under the water and drowned before being eaten by the alligator two days ago in Florida, USA. Let us also commend the father for his bravery in trying to fight off the predator. But let us also tell some home truths.

If asked the question, as a parent myself, whether I would allow a toddler to play beside or inside the water in a State in which one hundred per cent of the counties have alligators, wild alligators... the answer is I would firstly be holding his/her hand one hundred per cent of the time anwhere ten meters from the waterside and secondly I would not be walking anywhere where I did not have permanent and good visibility.

If asked whether I would allow a three-year-old to clamber over and under obstacles and slide into the gorilla enclosure in a zoo, the answer is once again I would be watching the child one hundred percent of the time, and I would again be holding his/her hand, as would be the case in a shopping mall, a beach, a riverside, an amusement park or anywhere else.

Call me a fanatic, but when my children were growing up they were out of my sight not for one single second when I took them outside the home and one of the pre-conditions for going to a beach or fun fair was precisely the hand-holding condition, especially when they were toddlers.

So when for example a child runs across the road in front of a motorcycle, I ask the question, where was/were its parent(s)? And would the authorities then shoot the motorcycle rider if the child was considered in danger? No. Then why did they shoot the gorilla, the wonderful male 19-year-old gorilla who was brought up in captivity without being asked, held in a zoo without being asked. His name was Harambe and now he is dead because he was murdered, because a stupid three-year-old clambered into his area.

Nobody is claiming that the child should have been shot for trespassing, because it apparently did not know what it was doing, although if you ask me whether at two or three or four I would have thought of entering the enclosure, the answer would be of course not, I wasn't batshit nuts. So there is the natural process of cause and effect, and the expression, sh*t happens.

If you play around in or beside the water in an area where there are wild alligators, if you hurdle into a gorilla enclosure, if you open your car window in an enclosure where there are baboons, if you step outside your car to take a selfie beside a lion, if you walk across a road without looking, if you place a serial paedophile in a kindergarten as a janitor, then sh*t happens.

So if we do not shoot the motorcyclist for innocently going about her/his business before some kid wanders into her/his path and ruins the lives of everybody for good, why do we shoot a gorilla in a zoo for behaving like a gorilla in a zoo, or a bear for that matter, or a lionness which has attacked some demented idiot for running around in its enclosure waving his arms around, and why do we murder four alligators in their natural habitat just because some child was behaving like its prey in an area where its natural prey lived?

We humans do now show respect or have dignity

We humans do not show the same respect and we do not live with dignity. We destroy the planet, disrespect nature, then when some kid screws up because his (usually his and not her) parents are not watching, the animals are the victims because they are considered worse than, lower than the child and to have fewer rights. Under whose rules and under what moral pretext?

And now to the crucial question, why? Is it normal for a parent to allow a child to climb into a gorilla enclosure, is it normal for some fool to swim in shark-infected waters then play the victim when he gets his leg bitten off and gets the shark murdered as a result, is it normal for a child to be playing in or beside the water which is home to alligators? In this day and age, the answer would be a shrug.

Because today nobody has any responsibility for anything, nobody ever concentrates on anything. They get bored if they are not watching a television screen while at the same time they have two earplugs connected to an Ipad or an Ipod blasting some God-awful noise into their ears (how are they supposed to concentrate in the midst of that?), are probably also fiddling with a mobile phone, or a smartphone and simultaneously tapping away on some stupid game on a tablet. Perhaps that is why kids are so hyperactive and get bored and start fidgeting if they are not playing with seven gadgets at the same time, perhaps that is why parents are not watching and checking their kids.

It's called parenting, in the absence of which, and I apologize, sh*t happens.