The number of overweight children under five years of age is set to almost double from 42 million to 70 million worldwide, which is a ticking global pandemic. The United Nations Organization blames the marketing of unhealthy food and beverages and asks governments to reverse the trend. 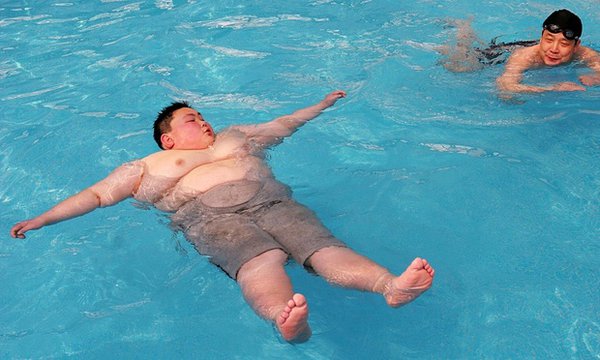 Childhood obesity can have a direct negative effect on educational development, quite apart from posing economic hardship and physical and mental health consequences. The phenomenon cuts across all socio-economic groups and is not restricted to Western Europe and North America. Around three-quarters of overweight children of this age group reside in Asia and Africa: around half in the former and a quarter in the latter.

The report blames, to a large extent, the environment in which children grow up - in societies which encourage weight gain and obesity by advertising foodstuffs high in sugar and fats and unhealthy non-alcoholic beverages, which all create craving and lead to high consumption of fast-burning and calorie-rich products. The result is the time bomb we see waiting to explode in cases of diabetes and even cancer.

The WHO therefore makes several urgent recommendations to counter this growing problem, namely:

Promoting the intake of healthy foods, reducing the consumption of unhealthy foods and beverages high in sugar content by curbing marketing on the foods and imposing a tax on the sweetened beverages;

Healthcare programs in preconception and pregnancy to reduce low or high birth weight, prematurity and other complications;

Establishing standards for school meals, quality physical education in the core school curriculum, eliminating the sale of unhealthy food and drinks at schools and providing information on healthy nutrition.

If we are what we eat and are the products of our environments, it is also true that children of this age group have no power at all to determine what they consume and by the time they do have a choice, they are already in a bad place following bad habits along a destructive path to chronic ill health.

It is time we took serious and collective action. We may have the right to ruin our own lives voluntarily, but we have a duty to deliver a level playing field for future generations.