Football riots in France: Why can England fans get away with it? 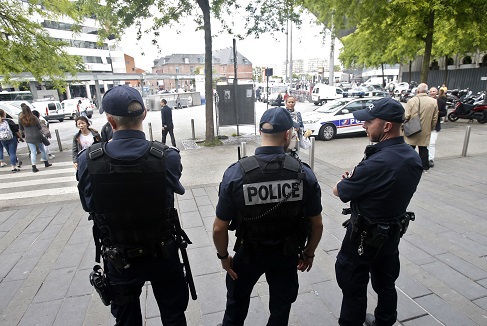 The news about football riots in France with the participation of fans from Russia and England, may have taken a twist in the media. Mass media broadcast the information that they receive from police and UEFA administration. They simply broadcast it to the public without even trying to figure out what is actually happening.

Here is what actually happened. The French police are unable to maintain even the least required amount of law and order during Euro-2016. This relates to the prosecutor of Marseilles as well, who, having taken action against the Russian fans, has showed determination to deal with consequences rather than causes. This is the first conclusion.

The second conclusion: the UEFA administration that announced the suspended disqualification of the Russian football team on June 14 was acting in an extremely unprofessional and incompetent fashion when accepting sports facilities for Euro-2016 in France. The UEFA should resign, because one of the fans died for the above reason.

Given the above, Russian Sports Minister Vitaly Mutko, who decided not to appeal against the suspended disqualification of the Russian football team, has thus failed to defend the interests of Russia, the team and the fans who paid quite a lot of money to UEFA and French hosts of the Euro-2016.

Let us analyze the situation briefly.

I do not know whether the Moscow police uses services of informants inside radical groups, but  they probably should.

This is how UEFA and the French police were supposed to get ready for the championship. If their forces are not enough, they should have sought assistance from EU partners. England fans had been terrorizing the French for three days before Russia-England match. This fact also testifies to the lack of professionalism of the French police that have proved to be unable to protect even their own citizens from raging residents of the British Isles.

And then, there are questions. Why were there no police officers on the stands to appease the fans? Why were there no riot police between sectors? Why neither the French Attorney General nor Marseille prosecutors opened a criminal case against the police administration for letting the riots occur?

Last but not least, the French police have not shown much progress in the investigation of the riots caused by migrants, but they have taken swift and tough measures against the Russians with video and photo proofs attached. From this point of view, the French may have questions to their police authorities. Do the French police have enough evidence to establish migrants' guilt, but they can not go ahead with it because the government does not approve?

If such events happened in Moscow, many officials would lose their jobs. As for professionalism, the French police look like undereducated kids when compared to the Moscow police.

The decision to deport and arrest all Russian fans indiscriminately, including women and children, roughly violates basic human rights. From this point of view, if I were in their shoes, I would start looking for lawyers for a trial in Strasbourg. This court is known for its anti-Russian stance, so it would be interesting to see how a human rights court would defeat the rights of innocent Russian football fans. I am convinced that the Russian Football Union is obliged to facilitate such legal procedures. All we need is basic legal procedures, because we know that there is no such thing as morality for European officials.