The Union of European Football Associations (UEFA) has provisionally disqualified the Russian national football team until the end of Euro-2016 after violent clashes after the match against England. 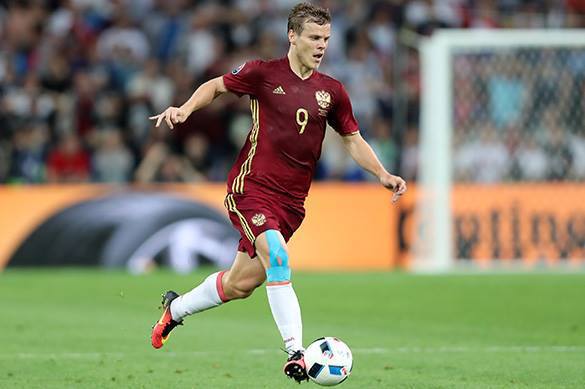 According to the UEFA official website, the Russian Football Union (RFS) will have to pay the fine of 150,000 euros. The above-mentioned decisions were made by the ethical and disciplinary committee of the UEFA.

If Russian fans start riots at any of the remaining matches of their team at Euro-2016, the deferred disqualification will cease to be conditional, and the Russian national team will be eliminated from the European Football Championship, the report said.

UEFA officials added that it goes about the incidents that take place directly at stadiums during matches. Street fights between fans in Marseille are not relevant at this point.

The Russian Football Union will not appeal the decision of the UEFA disciplinary committee of UEFA, Sports Minister and RFS President Vitaly Mutko said.

After the match between Russia and England, which ended in a draw 1: 1, the UEFA opened disciplinary proceedings against Russia on counts of mass riots, racist behavior and the use of pyrotechnics. However, there was no case opened against the English Football Association.