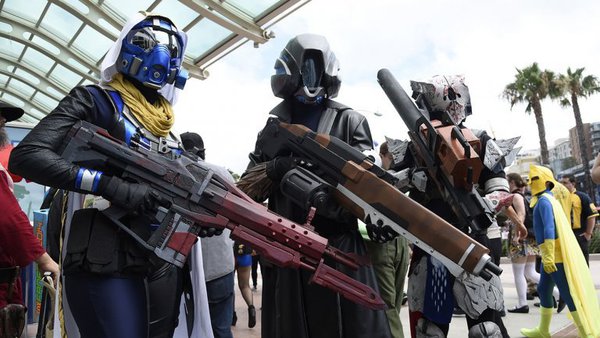 The equilibrium has been reached. It was realized that preparing itself for the war would prevent it. But the advances in military technology made the destruction of all humanity imminent. The cold war has reached a level where the pull of a little trigger would cause a nuclear, biological, chemical, technological or any other form of apocalypse. Measures where needed. The conclusion was that secrecy was the cause of all escalation. Treaties were signed, allowing the parties to access the most secret military bases, to access all the top military technology and politics of anyone else. Once secrecy was abolished, development improved further, allowing the parties to share decisions, risks, losses and gains. A reign of a long lasting peace has risen.

Technological development
But not for so long. The technological development made it obvious that the ultimate weapon could be developed easily, instantly. Actually, it was already done, there was no turning back, every party had such a weapon. The fastest and most powerful weapon, allowing the destruction of all the foe nations instantly, without possibility of retaliation, all by the press of a button. That revealed the asymmetry of the universe: it is much easier to destroy than to construct, it is easier to attack than to defend. That bypassed all the openness agreements, since anyone would unpredictably change his mind at any moment and destroy anyone else, being the sole winner of everything. At last, that didn't happen, for the world became a complex system of dependencies where the ruin of even one link of the chain would put the whole system down, and everyone knew that. To wage war became a sign of its own fear and weakness. That was the prevail of the collective thought, the globalization, that ensured the lasting peace.

But not so lasting. That was not the ultimate weapon. Now, instead of destroying a whole nation, it was possible to kill instantly any person, any leader, anywhere, leaving no traces. Actually, more than that, that was possible even without anyone knowing it was a kill. Again, the personal ambitions overcame the collective. Who was a hero for someone, was a dictator for someone else. But, as soon as everyone realized that, the defensive technology evolved too, and every nation leadership ensured it's safe space on the world, leading to a multipolar power that brought peaceful times.

Not so peaceful
But not so peaceful. Parties have managed to infiltrate their fighters in everywhere, ready to carry attacks on other nations, giving rise to a terror era. People lived fearing the next terror attack, including a mass destruction one. So, it was realized that only by changing the education and culture of the whole humanity it would lead to a peaceful existence ideology. The history has been rewritten. The world became a cooperative union of people, ensuring peace, and fighting the new common threats, as the human caused disasters of pollution, climate change, and the natural disasters driven by the cosmic will.

But not so united. The ideological unity has failed, the biological primitive instinct of union and division were exacerbated and lead to an extreme nationalism and xenophobia. Seems that the human animal has a natural tendency for conflicts. The war became a people's will instead of an imposition or necessity. Again, the world became divided. The war turned out to a different form, instead of weapons it was done by economic, cultural, and isolationist warfare. It inevitably led to many limited armed conflicts, carried on by the ignorant or stupid will of the own fighters, who didn't realize they were being used for a meaningless cause of power. Eventually the fighting forces became annihilated by themselves. The scared peaceful survivors of this "selection" continued their existence, and the peace was established again.

But not so established. Somebody decided that everyone else is no longer needed, and proceeded to the genocide and invasion on every other's territory. At last, the world became ruled by one single power, with everything under its control. The perfect and unquestionable power regulates a continuous development. But it turned out to be a failure, since the invaders rebelled against their own perpetrators. They demanded conditions of equality and freedom. Soon, the invaders became independent and developed their peace.

In a last attempt to prevent the self-destruction of humanity, nations decided in a common agreement to remove the violence genes from human DNA. A whole generation of pacified transhumans were born, and under the rule of their creators they carried a peaceful and great development. But not for long. In one generation, lacking of will of living, this whole crop of mutants developed their own peaceful way of life, going back to the most primitive lifestyle of surviving, ruining all the last 60 millenials of accumulated knowledge, warfare and cultural development. Everything that war made possible to be created became the own cause of further war and of its subsequent destruction.

The equilibrium has been reached...

Any resemblance to reality, past, present, or future, may not be a mere coincidence.