Apocalypse in VI century: Volcanic winter and Plague of Justinian

In Byzantine chronicles from 536-540 AD, scientists found the description of an unusually long solar eclipse. According to chronicler Procopius of Caesarea, a black could covered the sun for several months. The celestial phenomenon was linked to many disasters that occurred during that time, such as crop failures, famine, political unrest and epidemic of Justinian plague. 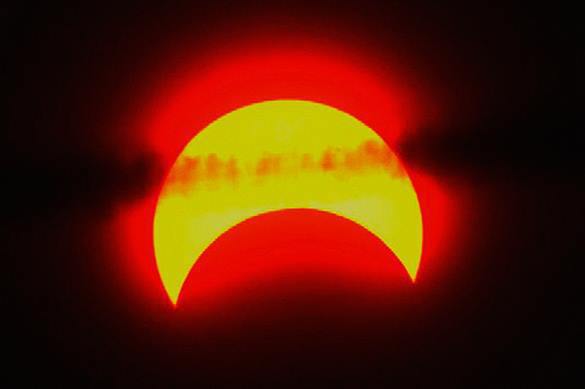 So-called Plague of Justinian was the world's first-ever recorded pandemic of plague. The pandemic was named so as it started during the reign of Byzantine Emperor Justinian I. The pandemic affected almost the entire civilized world. Other plague epidemic would break out during hundreds of years afterwards - from year 541 to 750.

Researchers believe that the source of plague appeared in Ethiopia or Egypt, from where the disease, together with grain cargoes, as well as infected rats and flees, arrived in Constantinople via trade channels of the time. From Constantinople, the epidemic spread across the Byzantine Empire before it reached neighboring countries. By the end of year 654, plague had reached North Africa, all of Europe, Central and South Asia and Arabia.

In Byzantium, the pandemic had reached its peak by the year 544. According to chronicles, plague was killing up to 5,000 people daily in Constantinople. At times, the disease would claim 10,000 lives a day. Plague destroyed 40 percent of the population of the city. In the East, plague killed about 100 million people; the death toll in Europe was about 25 million.

In Irish sources, one may come across the term of 'crom conaill' ("Red Death"), which became the cause of death for many saints and monarchs in 549-550. It was "Read Death" that killed Welsh King Gwynedd Maelgun and Saint Finnian of Clonard.

A prophecy about these events can be found in the Bible. Here is what one reads in Chapter 9 of Revelation: "And he opened the bottomless pit; and there arose a smoke out of the pit, as the smoke of a great furnace; and the sun and the air were darkened by reason of the smoke of the pit." Verse 9:17: "And thus I saw the horses in the vision, and them that sat on them, having breastplates of fire, and of jacinth, and brimstone: and the heads of the horses [were] as the heads of lions; and out of their mouths issued fire and smoke and brimstone." Verse 9:18:  "By these three was the third part of men killed, by the fire, and by the smoke, and by the brimstone, which issued out of their mouths."

What happened during that time? Scientists believe that the cause for the long-lasting solar eclipse was multiple volcano eruptions, traces of which were discovered in the ice of Greenland and Antarctica. Each of these eruptions that occurred in years 536 and 540 affected the lives of civilizations at the time. Scientists do not know which volcanoes exactly were to blame for the eruptions, but they were most likely the ones in Central and North Americas, as well as in Indonesia.

Supposedly, it was large amounts of volcanic ash in the atmosphere that caused the so-called "volcanic winter" effect. A similar phenomenon, albeit of a local scale, occurred in 1815 after the explosion of Mount Tambora in Indonesia.

Scientists found support for the "volcanic" hypothesis in manuscripts from the VI century. They also studied samples of the Greenland and Antarctic ice that was formed during that era.

It turned out that fragments of the ice contained sulfur and other compounds that are normally found in volcanic ash and gases. The scientists thus could create a climate model, to reconstruct the events that took place in late 530's.

It was found that the power of the two volcanic eruptions combined was the strongest in the past 1,200 years. As a result of those eruptions, average temperatures on the Earth dropped by two degrees Celsius. Above all, the climate changes affected the northern hemisphere - Scandinavia, the Mediterranean Sea, the Middle East and North Africa. The researchers concluded that it was volcanoes that triggered "apocalypse" of the sixth century, and no one can guarantee that it will not happen again.