The ones who run the coup are not the military, but an integrated community composed by the media, the judiciary, and cemented together by an assembly of bandits. 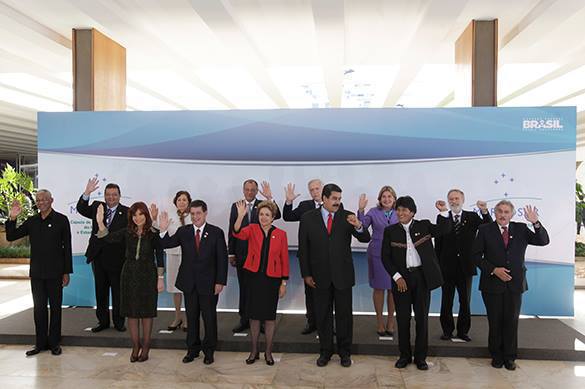 Brazilian democracy is under threat of a coup.

The impeachment of President Dilma Rousseff, according to the international press, was approved by "an assembly of bandits, the Chamber of Deputies, led by a bandit named Eduardo Cunha making the case for the removal of a President without any legal or constitutional basis."

Impeachment is at an advanced stage: the Senate shall decide, within a few weeks, whether it continues or whether it files the document approved by the "assembly of bandits." If the Senate continues the proceedings, President Rousseff, who was elected to govern Brazil until December 31, 2018, will be out of office for up to 180 days until the final decision. In practice, however, it is almost equivalent to her dismissal.

If this happens, instead of the President elected with the votes of 54,501,118 Brazilians, Michel Temer takes over, an illegitimate vice president and a conspirer, a politician without any popular vote who led the design, preparation and implementation of the coup.

Today, looking back over the events of the past 16 months, it is possible to recognize the active role of Temer in the coup plot. As president of the PMDB, he always encouraged the Party's dubiousness, dividing it in supporting the government.

Temer betrayed the trust of President Dilma's government. Rather than making real political articulation, he sabotaged and weakened the government, undermined the structure and key posts with conspirators and finished the job when it interested him, threw everything to the wind and went out saying that "Brazil needs someone [ ie himself] that has the ability to reunify all "[on August 4, 2015].

Temer has never faced the "bad guy named Eduardo Cunha," as one would expect from someone committed to the defense of the interests of the government and the country threatened by the president of the Chamber of Deputies. In contrast, today the evidence leads to the conclusion that he and Cunha are members of the coup venture from the start.

The deplorable spectacle of the "assembly of bandits" of April 17, 2016 impacted the world, and crystallized the realization that the impeachment approved by 367 "bandits" is a violence against the Constitution and the democratic rule of law.

How could Brazil offer this deplorable spectacle to the world? This question can only be answered if one notes the crucial and fundamental role of the media group Rede Globo - backed by other media companies - and judiciary sectors, prosecutors and Federal Police.

The whole world is convinced that there is an ongoing coup in Brazil.

Despite the perception of the world that a coup is underway in Brazil, there exists a handful of people who insist otherwise: Temer, Cunha, Bolsonaro, Aécio, FHC, Gilmar Mendes, Celso de Mello Dias Toffoli, FIESP, Globo and the coup partners.