Jim Morrison, Jimi Hendrix, Janis Joplin - all these musicians died at the age of 27 years. Hendrix and Joplin died with a difference of just two weeks. In 1959, three stars of American rock'n'roll - Ritchie Valens, The Big Bopper and Buddy Holly - were killed in a plane crash. Almost all famous American rock star and a considerable number of British musicians are now dead. 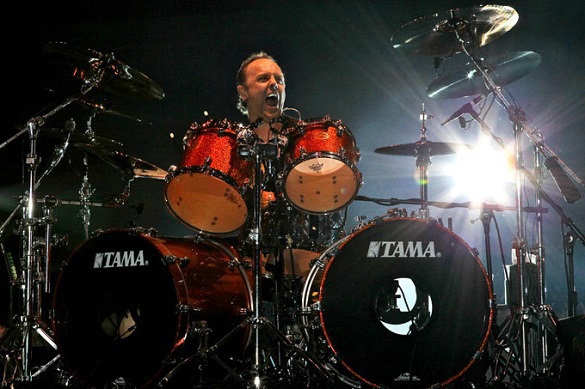 In 1961, Eddie Cochran was killed in a car accident. In 1964, King of Soul, Sam Cooke, shot himself dead in a motel. In 1977, the king of rock'n'roll Elvis Presley died of heart attack; the frontman of T-Rex, Marc Bolan, was killed in a car accident. Three leading musicians of Lynyrd Skynyrd, including lead singer and songwriter Ronnie Van Zan, were killed in an air crash. The death of Kurt Cobain in 1995 marked the end of American rock music.

In British music, there were victims too. The Beatles lost producer Brian Epstein and musician John Lennon. George Harrison died of cancer. The Rolling Stones lost Bill Wyman. Led Zeppelin lost drummer John Bonham, without whom the existence of the rock band was no longer possible. It seems that it was only Pink Floyd that managed to avoid the swinging pendulum of death. The founder of the band, Syd Barrett, died a few years ago in his retirement age, while all other members of the band are still alive and kicking. However, this is rather an exception that confirms the rule.

Scientists could not leave the phenomenon of excessive mortality among rock musicians out of attention. Researchers established that the profession of a rock musician is one of the most dangerous professions in the world.

According to the study, the probability for a rock star to die at a young age is approximately twice as high as among the rest of the population in the West. The most dangerous and risky period of life lasts for five years after musicians reach fame. If they do not die during these ill-fated five years, the probability for them to live up to a retirement age increases. The average age of death of an American rock star is 42 years old, while their European colleagues pass away before they turn 35.

According to the study, a hundred rock stars died from 1956 till 2005, but only 25 percent of them died because of drugs or other types of poisoning. Others were killed in various traffic accidents, died as a result of infarctions and other accidents.

Curiously, transport accidents do not kill so many employees of tourist business, many of whom are frequent flyers.

It is generally believed that many rock stars die because of their addiction to drugs. However, a more detailed look into circumstances of their death shows that drug overdose may not be their actual cause of death. For example, Jimi Hendrix died from asphyxiation on vomit resulting from barbiturate poisoning. Barbiturate is a sedative that is currently only used in veterinary medicine.

Barbiturates were said to be the cause of death of Brian Epstein, a manager of The Beatles. Epstein was not an emotional artist, but a respectable businessman who had never shown interest in narcotics. He did not need to settle scores with his own life as he was managing one of the world's most successful rock bands.

According to historian Mariam Akhundova, an artist may, of course, take drugs or even be addicted to psychoactive substances. Yet, if an artist has a very busy schedule of concerts and album release dates, if this artist retains professionalism over the years - all this proves that the artist is not an addict. An addict is incapable of working hard and successfully. An addict has regular breakdowns. This is evidenced by episodes from biographies of members of Black Sabbath, who became addicted to drugs in 1974-1976, when the band had to cancel a tour.

Profound addiction to drugs excludes physical movement on stage. If Janis Joplin, for example, was a drug addict and an alcoholic at the same time as tabloids wrote about her, she would not have been able to lead the band and write songs. A woman drug addict looks like 70 at 30.

It is known that Creedence Clear Water Revival had an enslaving contract with its record label. Guitarist Tom Fogerty decided to leave the band because of the conditions of the contract, but soon died from a disease. There were similar episodes in the history of the legendary rock band Queen. The band had a long and tormenting legal dispute with Trident company. One shall assume that not all musicians were killed in car accidents or shot dead or beaten to death or poisoned, etc.

The murder or a celebrity is a common occurrence in the modern Western world. News about tragic deaths of politicians and businessmen appear nearly every day.

Quite possibly, there were world-famous rock stars, who wanted their record labels to pay them more money, and threatened to stop working for them in case of refusal. This could explain the reason why many rock stars die at the peak of their fame.