Soviet musician, dead as a dodo, blasts iconic rock stars of the West

Soviet and Russian singer, composer and songwriter Yuri Loza, whose popularity peaked during the 1980s and the 1990s, cracked down on legendary Western musicians for their  'inability to sing and play," having caused a storm of criticism and mocking comments from Russian bloggers. During a music and talk show on REN TV channel, the musician, who is best known in Russia for his song "Raft" ("Plot" in Russian, click here to listen to the song on YouTube), answered a question about the music that he used to listen during his youth. 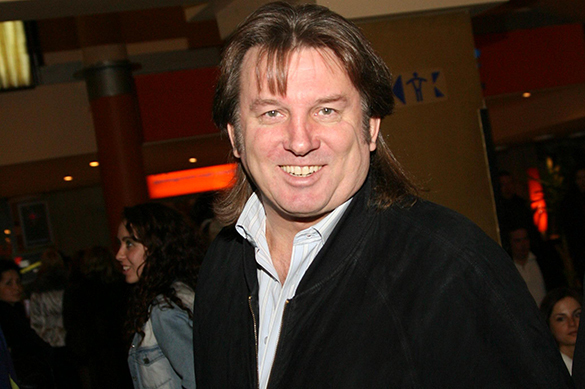 Having noted that he knows and can do a lot himself, Yury Loza said that he can not listen to many music bands that he used to like. "As a professional, I understand that a lot of what they do was done very poorly and badly," Loza told the host of the TV show, who giggled and sniffed in response to the musician's statement.

"I understand that there will be buckets of mud thrown at me, but let's say, 80% of what Led Zeppelin had made is impossible to listen to, because it had been played and sung badly." "Back then, all that was ok to listen to and everyone liked it," the musician said.

He then continued: "Rolling Stones have never ever tuned a guitar, not even once, and Jagger has never hit the right note ever, what are you gonna do. Keith Richards just can't play, both then and now, but there is some certain drive about it. Many people associate their youth with these bands, but they used to be very weak bands," the Russian singer said.

Yury Loza was showered with negative comments in social media immediately. Andrei Makarevich, the frontman of Russia's well-known rock band Time Machine, (Makarevich is about the same age with Loza and was also very popular during the times of the USSR and post-Soviet Russia) responded in a rude way: "Well, that's trouble, isn't it? Our Yury can do it all, but no one needs his sh**."

Nevertheless, Yury Loza continued giving a good talking to Western rock stars, while trying to defend his point of view at the same time.

In an interview with the Komsomolskaya Pravda newspaper, Loza said that the media were misinterpreting his words about the stars of Western rock music. "I said that Keith Richards never knew how to play, but Richard Blackmore was a superb guitarist. Then they remove the Blackmore part, but keep the part about Richards in news reports. But still, his playing is very bad indeed. He says that he has never tried to be a great guitar player, that he plays his own style," said the singer.

"I also said that performing skills were not always put at the top back during those days. That was not the main thing. Many artists of that generation would perform being drunk or drugged or stoned a lot. They could get away with all that, because many artists of those times came to the top of fame when they didn't deserve it. They didn't finish institutes and universities, they started from their school days, they could not play music, but they came to find themselves at the right time in the right place," Yury Loza explained.

"Practically no one of them has basic training, because no one had received special education - they were mostly self-taught. Accordingly, they did not play professionally, it was all on the semi-amateur level," he said. "Some of them eventually became great professionals, others did not. Some others stopped at their level as, say, Rolling Stones. Mick Jagger's singing is very dirty," Yury Loza said.