How does a big boxer feel in the world of big politics? What are the prospects for Russian sports? Pravda.Ru political observer Said Gafurov spoke about it with legendary boxer Nikolai Valuev, currently a deputy of the State Duma of the Russian Federation and a world champion in boxing. 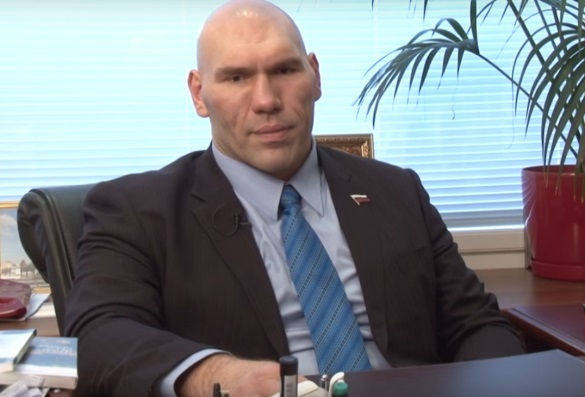 "My first question is very simple: where is it easier to be - in big sports or in big politics?"

"They are both uneasy. Such things come easy for those who treat their work unprofessionally, who work there against their will. If you work like this in politics, you will find yourself on the floor of the ring, like in boxing. It's hard everywhere, but it's hard only when you want to achieve something."

"There is no definite answer to this question. Someone can be satisfied with what he achieved, but someone else want to achieve more. This is the moment when one has to think whether they want to continue or stop. When a person tells themselves that they have achieved everything, this is a moment when they lose."

"You now work as a member of the Committee for Physical Culture and Sport at the Duma. Do people need professional boxing or not? Is it too dangerous a sport?"

"Any sport is both dangerous pleasure and profession at the same time, as it entails health risks and injuries. This is a destiny for all who choose big sport their profession. Professional boxing is needed because it is a logical continuation of amateur boxing."

"What is happening to sports science in Russia? Why do we have to invite foreign coaches even though the Russian sports school used to be one of the best schools in the world?"

"This is a very important subject to talk about. Yet, if you look at the sports, in which we have foreign coaches, you will see not only traditional sports, but also the types of sports that are new to Russia, even though they are well developed in foreign countries. There are many lobbyists at the International Olympic Committee, who introduce new types of sports in the Olympic program. Therefore, we sometimes invite foreign specialists.

"After the breakup of the Soviet Union, many good specialists simply left to work abroad. They went to  China, Europe, the US and Australia. Those who stayed, they were ready to endure severe hardships. I do not judge those who left because they had put into practice all the things that they had to. Russia and former Soviet republics were building new lives - it was the logical end of the Soviet Union, including in sports.

"I do not see anything problematic at this point. As for the sports science, this is something that I am very concerned about. I'm the head of the Expert Council for Sport of the Committee on Sport and Youth Policy, where we elaborate amendments to the basic law. We need a large institution that would work to prepare specialists. Every athlete needs to be approached individually, as every human being has their own biorhythm and biochemistry - this is the only way to produce a champion."

"Is it possible to become a champion without using doping these days?"

"If we talk about the recent doping scandals, in which Russian athletes were involved, one needs to  understand that we are going through a historical period of the global hybrid war, when attacks on sports serve as a part of global attack. My coach always said to me - you must do everything in the ring so that no one has any doubt in your victory. If you doubt, you lose."

"Your committee also deals with issues of youth policy. Next year, the year of the 100th anniversary of the October Revolution, Moscow is to host the World Festival of Youth and Students. Does the government support this idea?"

"I am sure, it does. This is like the Olympics in Sochi: those who arrived in Sochi in one mood, left home in a completely different mood. International festivals give a great opportunity for young people to find real friends and receive detailed, objective information."