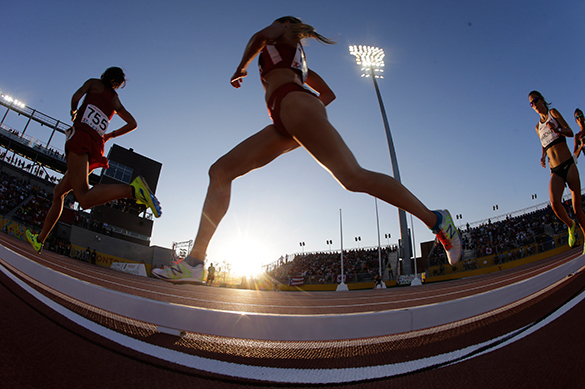 According to her, the WADA may set up a work group to supervise the elimination of violations, provided by an independent commission.

Earlier, the WADA confirmed that the activities of the Russian Anti-Doping Agency (RUSADA) were inconsistent to the lawbook of the organization. It was also said that a specially established disciplinary committee will consider the questions related to the Moscow anti-doping laboratory.

Earlier, the Council of the IAAF suspended the membership of the Russian Athletics Federation. The World Anti-Doping Agency accused Russian athletes of the use of performance-enhancing drugs.

According to the Commission, former head of the IAAF, Lamine Diack and his lawyer Habib Cisse allegedly allowed Russian athletes to use doping during competition in exchange for a monetary reward.

It was also reported that the IAAF Ethics Committee recommended initiating disciplinary proceedings against the former head of the Russian Athletics Federation, Valentin Balakhnichev, senior coach of the Russian national team in endurance group, Alexei Melnikov, and the son of the former head of the IAAF, Papa Massata. The hearings on the these cases are to be held in London on December 16-18, 2015.

In addition, it was reported on November 15 that athletics may not be represented at the Olympic Games in Rio de Janeiro.