Geneva, 26 January 2016 - UNICEF today launched an appeal for raising $2 billion designed to serve 43 million children in emergency humanitarian situation throughout the world - The crisis in Syria increases the needs for emergency education 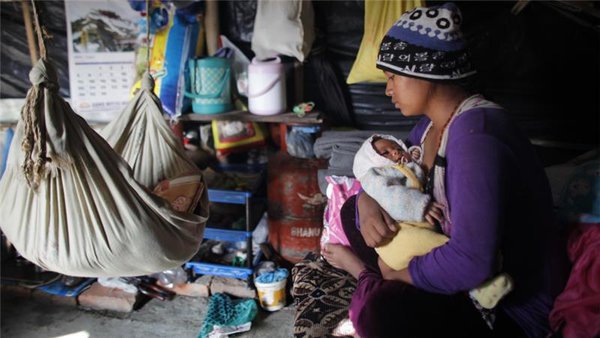 For the first time, most of the collections obtained - 25 percent - will be dedicated to children's education in emergency situations. This year UNICEF forecasts a great increase in the number of children in emergency situations who have access to education - from 4.9 million in early 2015 to 8.2 million in 2016. More than half - 5 million - are Syrian children who are in the country or neighboring countries.

"Millions of children have their education stolen," said Afshan Khan, UNICEF Director for Emergency Programmes. "Education is a protective measure of a child's life that provides opportunities to learn and play in the middle of the carnage and grenades. This year, a quarter of the funds raised is allocated to education. Educating the minds of children and young people is paramount to keeping hope so they can visualize a better future for themselves, their families and their societies, and thus help break the cycle of chronic crises."

The appeal of the UNICEF doubled compared to the same period about three years ago. Both conflicts and extreme weather situations are forcing the increase of children leaving their homes and exposing thousands of children to hunger, violence, disease, abuse and threats to their education.

One in nine children lives in a conflict zone

1 in 9 children worldwide, is now living in a conflict zone. In 2015, children living in countries and areas affected by conflict were twice as vulnerable to death from preventable diseases before reaching 5 years of age, compared with those in other countries.

Climate change is also a growing threat, with more than 1 billion children living in flooded areas and about 160 million living in areas with prolonged registers of drought. El Nino, for example, is one of the strongest climatic events and has represented an additional risk.

More and more people are forced to leave their home. Only Europe alone has received more than 1 million refugees and migrants in 2015.

Beyond the limits of human suffering

"In recent months I have seen with my own eyes children dragged beyond the limits of human suffering in Burundi, in northeastern Nigeria and along the route of migrants and refugees in Europe," says Khan. "Around the world, millions of children were forced to leave their homes due to violence and conflict. The global refugee crisis is also a crisis of protection of children who are at greater risk of being abused, exploited and become victims of trafficking. "

The appeal of UNICEF aims to reach a total of 76 million people in 63 countries.

• Most of the funds - 1.16 billion - is destined for Syria and Syrian refugees in Egypt, Iraq, Jordan, Lebanon and Turkey. The main needs include clean water, vaccinations, education and child protection.

UNICEF also calls for the collection of $188.9 million to respond to humanitarian needs in Nigeria, Cameroon, Niger and Chad, and face the consequences of violence in northeastern Nigeria.

The funds raised by UNICEF also cover countries in an emergency situation but with little funding - including protracted crises in Afghanistan, the Democratic Republic of Congo and Sudan that had funding below 40 percent in 2015.

The funds raised by UNICEF will be used for immediate humanitarian response, and also for the work to be more long-term in order to prepare the country for future disasters.