USA was seconds away from striking nuclear blow on USSR

The United States has declassified information about the officer, who prevented the start of a nuclear war during the Cuban missile crisis. 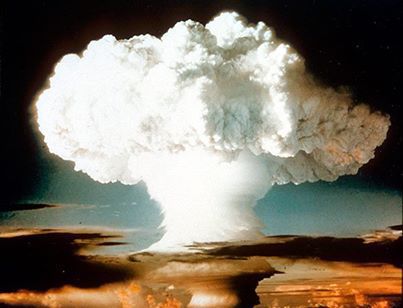 The information was exposed in an interview with the Bulletin of the Atomic Scientists by one of the participants of events that took place on 28 October 1961.

According to the report, the global catastrophe was prevented owing to the actions of Captain William Bassett, who received an order at a military base in Okinawa (Japan) to launch 32 Mace B cruise missiles. The missiles were equipped with Mark 28 bombs. An explosion of one of such bombs is equal to 1.1 megatons of TNT, which is 70 times more powerful than the bombs the Americans dropped on Hiroshima and Nagasaki. The missiles could cover the distance of 1,400 miles (about 2,300 km). The cities of Hanoi, Beijing, Pyongyang and Vladivostok are located at this distance (or less) from Okinawa.

Eight crews consisting of seven members in each were supposed to launch the nuclear missiles with one officer being responsible for four missiles. Captain William Bassett was commanding one of those crews. He was worried about two things. The first part of the targets that came in the order was located outside the Soviet Union. Secondly, the US military command had not ordered a combat readiness change from DEFCON 2 - on the brink of a nuclear war - to DEFCON 1 - maximum readiness, even though it would have taken the Pentagon a few minutes to do that.

To stop another crew from launching its missiles at the targets inside the Soviet Union, Bassett sent armed men to the neighboring post, having ordered them to shoot those who could try to launch the missiles before the order to raise the combat readiness level to DEFCON 1.

The order to launch the missiles was eventually withdrawn, and the story about it was classified.

A similar story occurred in the Soviet Union, when Lieutenant Colonel Stanislav Petrov, having received the information about the output of US missiles at the start, decided to double-check the data, instead of immediately reporting the nuclear attack to the administration of the country.

Petrov only had a few minutes to think everything over. He decided to inform the command of the false alarm. He was right: it turned out that the intelligence computer failed in analyzing intelligence data.

Pravda.Ru asked Associate Professor of History and Politics of European and American countries at MGIMO, Andrei Kryzhanovsky, to comment on the appearance of new details about the Caribbean crisis.

According to him, the information has declassified in connected with official shelf life of archival documents.

"Of course, the States could have declassified this information earlier, but the Cuban missile crisis is a very sensitive subject both for America and for Russia. Therefore, it is difficult to give a definite answer, why this information was declassified now. In principle, it could be done in the late 1990s or in the beginning of the 2000s.

"It is worth noting that the story of a Soviet officer who prevented a nuclear war discredited our army, because it admitted that such a failure could be possible in the Soviet Army. Therefore, the American side was in no hurry to publish similar stories about the US Army not to discredit their own military," said the expert.