Is it possible to achieve success in America with yellow teeth?

What is the United States of America? Is it a country of great opportunities or a country fixated on external success, porcelain-doll-beauty and perfect white teeth? Pravda.Ru conducted an interview on the subject with the host of Russian-language Davidzon Radio in New York, Mikhail Novakhov. 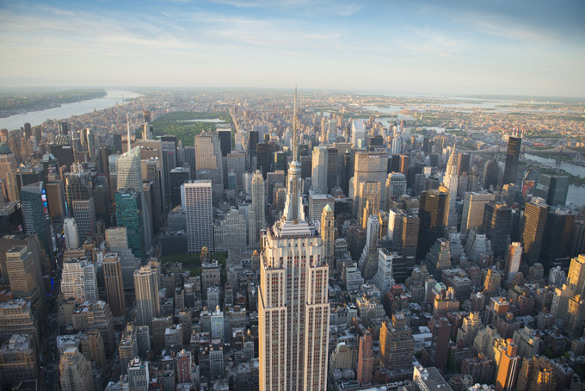 "Do you often get to invite cultural figures of Russian origin to your studio? Are successful people willing to share their secrets with the general public?"

"The fact is that successful people do not want to spend their precious time on Russian-language media. Secondly, most actors reside in California, and my show is about studio presence. Many of them visit New York from time to time, but they always have very little time. Nevertheless, interesting characters do appear on my show at times."

"Is New York City the wrong destination for those actors who want to find a job?"

"Many come to New York - there are many strong acting schools in the city. The city is a giant melting pot, where one can always find a job as a waiter, and go to acting classes. Chances are great, because we have Broadway."

"Many agents and producers recommend Russian actors should invest in themselves - how can we understand that?"

"It goes about many things, but first of all, it is the looks and the teeth. Hollywood smile means a lot indeed. Look at all American actors, even those who play medieval characters. They all have snow-white teeth."

Also read: Americans smile all the time as if they are plugged in

"In Europe, for example, external aesthetics is not so important as it is in America.  If an actor is talented, no one looks in his mouth. In America, physical attractiveness is highly important. Yet, this opens many doors to good acting classes, good education and career growth. Creative people need to live in Manhattan - not in Brooklyn. This is a little more expensive, but it gives a totally different feeling of life."

"Does one have to be beautiful to get a good job in America?"

"In America, people like aesthetics, people go for pretty and attractive things. Actors and actresses are required to have glowing tanned skin and white teeth. There are fatty and plain looking ones, of course, but they play only typical characters. Obese actors and musicians in American show business are an exception. Attractive looks in America is a huge resource that allows you to achieve success.

"In America, people get up at six in the morning and go to the gym, because the social environment tells them so. Most people eat healthy food and try to get rid of bad habits.

"On the streets of New York, one can see many sick and obese people, but they are the people who can not afford quality products and are forced to eat cheap chemical food. A well-fit and athletic-looking person in America is a clear demonstration of wealth and success.

"Can Russian investors try to invest in the promotion of Russian show business in America? Will it be any good? Is the American public interested in the Russian music?"

"A year ago, they opened a Russian restaurant in Manhattan. It was called "Pushkin." The opening and the rent cost millions of dollars, but it closed a year later. Even at the level of a restaurant, the business was a failure, because entrepreneurs could not calculate and understand the demand of the public. Borsch for $35 will not sell. It will sell in Moscow on Tverskaya Street, but not in New York. Most Americans do not like throwing money away."

"What about the famous "Russian Samovar" restaurant?"

"It was immigrants, who opened it. The owners knew what  the local public wanted  - they knew the taste, preference and solvency. If you go there, you will see that 70 percent of visitors are Americans, who go there to have some simple, inexpensive Russian cuisine. Before you invest, you need to carefully study local customs and culture."

"What about Russian classical art?"

"This is a totally different story. America is a well-established market of wealthy and intelligent people who value true art. Traditional Russian art school is one of the most professional schools in the world. Russian artists are original, unique and incredibly interesting to art connoisseurs.

Also read: How to get rich in America