Ever since the end of World War 2, America has controlled the world using three tools-manipulations, sex and money.  These three factors have been responsible for the continual dominance of the American society above other societies across the world. 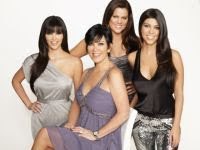 Pravda.Ru: Chamakhe, your latest research has been on how the USA uses and manipulates sex towards its own ends

CM: I have come across articles, TV interviews, radio interviews, Internet videos and documentaries which talk about a banking order, a so-called Illuminati and other funny suggestions as being responsible for America's dominance of the world.  All of these are false.

An over-hyped NWO, non-existent Illuminati nonsense, does not control the world.  What does?  Manipulations, sex and money.  Let's take these three factors one after another.

Pravda.Ru: Can you give us some examples?

CM: The manipulation I talk about is very interesting. The news media shenanigans, Wikileaks, false news emerging from the mainstream media, so-called democratic activists and even the occupy movements are all a creation of the American government.

Pravda.Ru: And what about Afghanistan?

CM: I have come across so many Afghans who draw inspiration from Taliban attacks, and hope it will stop the American occupation of Afghanistan.  In truth, it won't.  The Taliban is doing a good job assigned it.  Which is keeping America and her puppet device - NATO - in Afghanistan.  The more the Taliban resistance continues, the more reason for America and its forces to stay in Afghanistan.

Don't believe the so-called classified documents which contain statements from some top American military personnel who condemn America's Afghanistan war and claim America has had little success in the country.  All of these are pre-planned to create an excuse for the US to stay in Afghanistan probably forever.  America won't and hasn't defeated the Taliban, because that doesn't fall in her plans for now.

Pravda.Ru: So you are saying the USA manipulates everything?

CM: Wonder why Pakistan has failed to launch a full-blown attack on the Taliban?  It's very simple, they have been instructed not to.

Don't be surprised with Americas manipulative prowess, it's in virtually all countries across the world.  They support ruling governments and then create and sponsor one or more oppositions so they keep the balance of power within their control.

Within the US, by creating her own opposition, the American government is able to pre-empt and prepare for all what may come from critics, activists and opposers campaigning against the government. They create a platform for you as a critic or opposer to oppose the government, discover your plans and prepare themselves. Democrats, and Republicans have used themselves as oppositions for decades, it is all a fable.

Pravda.Ru: Back to the beginning, sex...

CM: Sex is a big success tool in regards to America's success so far in terms of dominating the world.  For the last five decades, the American government has successfully created aworldwheresexisin control of virtually everything you can talk about.  Using the media, they have successfully developed, grown and forced the act of sex worship in virtually every country across the world.

By creating sex symbols, who are sponsored and obedient to the American government, the world population has been controlled for decades and is still been controlled.  Kim Khadashian is an example of a sex symbol, she became a big success so-called star after her sex tape was supposedly leaked to the world.  It was all pre-planned, there were no leaks.  She was been moulded into a sex symbol to serve the imperialistic aims of the US.  I use the term 'so-called' because I never knew about her until a couple months back.

For the Kony 2012 hoax, it is interesting to see how American celebrities helped popularise the Kony campaign.

Sex symbols have been so developed, and hyped that today their views and positions on global issues have become surprisingly extremely important.  Hundreds of millions of people around the globe are disciples of these people, and will obey every command given by them.

It isn't uprising is it?  The world population is being controlled by sex and thus sex is power.  Sex symbols will continually dominate the world as far as sex is power.  The act of sex worship is virtually in all parts of the world.

Pravda.Ru: And the media?

CM: Television advertisements programmes are influenced and created to develop sex worship, the more this is accepted, the more these sex symbols are able to work in favour of the American government.

Hip-hop has suddenly become so popular around the world.  Why?  This is majorly because of the sexual scenes associated with Hip-hop and the sex prioritised lifestyles of virtually all Hip-hop artists.

In actual sense, the majority of the so-called world celebrities are not more intelligent than the average human worshiping them, but the media has been used to successfully hype these people, thus they are no longer followed, but worshipped.

The legalization of the sex trade is yet another way to increase the act of sex-worship and I need to say it has been successful.  Today the media preaches gender equality. This is all amongst the agenda to increase sex worship.  Every right thinking human knows gender differences can only be modified, and not totally stopped.  The male and female gender just cannot be equal.

Homosexuals, Lesbians...these are just another tool for the American government to prioritise and immortalize the act of sex worship.

At the moment the American government has about 35 percent control on over 60 percent of the world population.  How?

Sex ,sex, sex ...sex in movies, sex in advertising....The mainstream media is the lead singer in the business of selling sex worship.  The media no longer tells you the beauty of the advertisement, music, movie; they tell you how sexy it is.

No more people power, it has long been changed.  What we have presently ruling the world is sexual power.  Of course, money is what is being used to pay for the manipulations and creation of sexual symbols........Here we are.

* Chamakhe Maurieni is a Moroccan born Writer, Author, Public speaker. A psychology graduate, and a former nominee for the Bridport poetry prize, he is also a former columnist for the African Vanguard and lead writer for the Gafi Research institute, Tunis. He recently joined Twitter,follow Chamakhe Maurieni on Twitter @venimaurieni. His latest work is titled - FACEBOOK IS DECEPTION and available on the Smashwords online bookstore. Volume 1 and Volume 2