Fernando Pinho is a Portuguese theater producer who has a project: Project Amelia, namely to spend sixty nights in sixty different airports in different countries to raise funds for charity. Fernando Pinho's aim is to buy an aircraft for use in solidarity missions. Project Amelia is a new charity organization, one of many that have sprung up in Portugal, living the EU austerity nightmare. 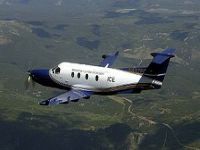 This charity aims to buy an aircraft to transport emergency equipment, doctors and nurses and aid workers to regions of the world that have been affected by natural disasters, to alleviate poverty and to operate in areas affected by disease, also taking patients (not only from disasters) to places where they can be treated, or to help the very sick fulfill their dreams. The aim is to provide the service for free.

The first mission of this project is to be in July, when children with advanced phases of cancer will be taken to Disneyland in Paris, France. In declarations to the Portuguese Lusa agency, Fernando Pinho claimed that he had the idea for the project after his brother, then 12, was diagnosed with leukemia and Fernando Pinho threw his energies into raising funds for a bone marrow transplant.

Recently a new father (the project is named after his daughter, Amelia, in turn named after the first woman to cross the Atlantic Ocean in an aircraft, Amelia Earhart, in 1928), Fernando Pinho found renewed motivation to save lives - and ally this to his love of aircraft and aviation, aiming to raise 50,000 Euro, which will finance the first three missions of the project, as a first phase.

Project aims to buy own aircraft

After that, Fernando Pinho aims to raise a further 4 million Euro for the purchase of the project's own aircraft, a Pilatus PC-12. The project is going to be based around the concept of "crowdfunding", a community coming together to finance a cause. Depending on how much they donate, investors will have their name painted on the fuselage of the aircraft.

The 60 airports in 60 days in 30 countries campaign is going to be the take-off for the project and Fernando Pinho says he will only proceed to the next airport after his daily fundraising benchmarks have been met at the location he is situated at any given time.

An excellent initiative, an example of Portuguese solidarity abroad, while at home, numerous unofficial and official groups of citizens have pulled together to set up soup kitchens, free distribution of uncooked food and meals, distribution of medicines, money to pay bills, and so on.