The Portuguese and The Crisis: An analysis

"There is, in the westernmost part of Iberia, a very strange people: they do not govern themselves nor do they allow themselves to be governed" (Roman General Galba, 3 BC to 69 ZD, speaking about the Lusitania tribes, modern Portugal). Two thousand years later, let us see how relevant are the words of Servius Sulpicius Galba. 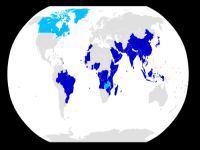 In 1960, Portugal was faced with a strategic choice: maintain its provinces (under Portuguese law, the overseas territories Angola, Cape Verde, East Timor, Guinea-Bissau, Mozambique, São Tomé and Principe were not colonies, but provinces of a pluri-continental State) or else give them up and become reduced to a rectangular strip of territory along the west coast of Spain, plus the archipelagos of Madeira and the Azores Isles in the Atlantic.

The then President of the Council of Ministers of Portugal, Dr. António Oliveira Salazar, decided anachronistically to defend the overseas provinces, going against the grain of what the European community was doing at the time, namely giving independence to their colonies. There ensued a dozen years of Colonial War (1961 to 1974), during which time Portugal fought independence movements aided by the USSR, the USA and China.

While Portugal was not, despite these odds, militarily defeated, and could even be considered the victor in Angola and Mozambique at the time, the longer the war went on, the more families were affected by it (8,827 Portuguese troops were killed, 15,507 were injured physically or mentally, while over 100,000 persons combatting the Portuguese lost their lives). The April 25 Revolution of 1974, a peaceful military uprising called the Carnations Revolution, put a stop to the Colonial War and took the first steps towards granting the overseas provinces independence.

Portugal, for the first time since the 1500s, was restricted to the strip of land along the westernmost part of Iberia, confined to its own resources in the three economic sectors -industry, agriculture and services, and reliant to a large extent upon the remittances from the enormous Portuguese diaspora (some 11 million strong).

There ensued since 1974 until today almost forty years of abominable governance, the parties in power being exclusively the PSD (Social Democrats - Right of centre), CDS-PP (Conservatives) and PS (Socialists, in name, increasingly right of centre). The result is what we see today.

Starting with the governments presided over by the now President and then Prime Minister, Aníbal Silva (PSD), from 1985 to 1995, (in this case before, during and after the adhesion of Portugal to the European Economic Community (1986)), and continuing with the governments presided over by the creators of financial black holes, António Guterres (PS), then José Barroso (PSD) who asked for a 15-year tenure from the people then fled to Europe when he saw the magnitude of the problem facing him in Portugal, culminating with the government of José Sócrates, whose juggling of assets to avoid a bail-out preceded the bail-out signed by his successor, the economic and political management of Portugal has been an abject disaster.

If those who thought that the Revolution would bring a new reality and prosperity, they were very right in the first case and totally wrong in the second. The very reason why Portugal expanded overseas was because the rectangular strip along the westernmost point of Iberia was unviable.

The new reality was to see successive governments receiving pats on the head from Brussels, having orgasms at being called the "good student" while at the same time the "good student" signed away its industries, agriculture and fisheries, leaving today's youngsters in Portugal without jobs to go to.

However, this being the background, here is where I begin my piece. Despite the despicable and abominable situation in which the majority of Portuguese people find themselves (few jobs, education system maladjusted to the workplace, absurdly low salaries (around 600 Euro per month for unskilled workers, an average of 1,000 for all workers), there has not been an explosion of crime in Portugal.

Such social actions are mushrooming in Portugal, centered around the church, or churches, or not. People come together in community-based approaches, identifying those most in need and then networking to find providers. Providers of food, of medicines, of money for food or medicines, money to help with the rent, sponsors who adopt an elderly couple to help with their bills or deliver a few bags of shopping a month, networks to distribute food and clothing to the homeless.

So who said the Portuguese could not govern themselves? They can, but in an informal way. The minute a Minister tells people to act in this way or another, there will be resistance, the Minister will be "burnt" and nothing will happen.

The same phenomenon was observable during the political crisis in East Timor in 1999, when the entire population of Portugal rose up in favour of its ex-province, sending millions of messages around the international community, informing governments that Indonesia was committing a massacre of the local Maubere population. The initiatives were taken on a daily basis, people coming together spontaneously to hold hands to form a human chain around cities, people wearing ribbons, people wearing clothing of a certain colour.

The key word for the survival of Portugal over all these years is "solidariedade". In English, it is "solidarity". This informal manifestation of socialism is endemic in Portuguese society, and persists whatever the social or economic climate. It is self-regulatory, it does not need a top-down approach and when there is one, it is not accepted.

So to answer the words of General Servius Sulpicius Galba, the Portuguese do know how to govern themselves, informally, and are right to question the authority of those who govern them, given the disastrous register to date.

In conclusion, this article is written by someone who respects Portugal, who understands the psyche of its people and who would like to see the Portuguese reaction to the economic crisis repeated elsewhere. The bottom line is "power to the people" and to hell with those who claim to govern us. And it is right that someone writes about this, even if it is a non-Portuguese.

It is Revolution within the strictest terms of the law. And it is beautiful.