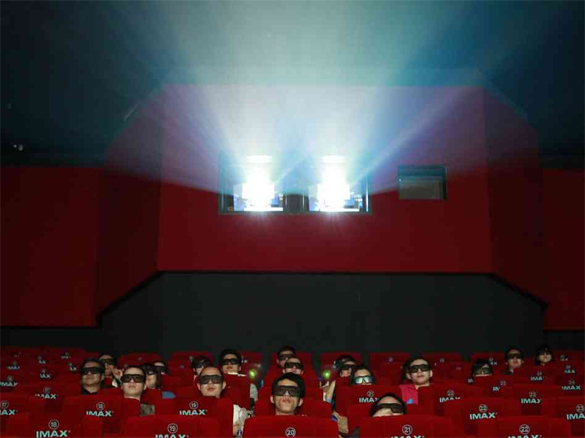 Manoel de Oliveira (1908 - 2015), from the city of Oporto, in northern Portugal, leaves the world of cinema and culture poorer after passing away at the age of 106, leaving in his wake 32 films and a string of prizes. He was the only living director to have witnessed and been involved in silent and black and white movies.

Born on December 11, 1908 in Cedofeita, Oporto, northern Portugal (Portugal's second largest city after Lisbon), Manoel de Oliveira described himself as "a bad student" at the Jesuit college he frequented in Galicia, Spain, before becoming Champion of Portugal in the pole vault with Sport Club do Porto.

His initiation in the world of cinema began in 1928, when he went to the acting school founded by Rino Lupo, an Italian director living in the city of Oporto and in 1931, made his first film, a short, called "Douro, Faina Fluvial" a documentary about the professions based around the river Douro, which passes through the city of Oporto, one of many documentary films he made about cities and professions in Portugal.

He also tried the world of acting, figuring in the second Portuguese film with sound, A Canção de Lisboa (1933) (The Song of Lisbon), by Cottinelli Telmo.

In 1942 he made his first fictional movie, an adaptation of Os Meninos Milionários (The Millionnaire Boys), written by João Rodrigues de Freitas, and in the same year, Aniki-Bobó, about the lives of children from poor families living in the riverside neighborhood of Ribeira, in Oporto.

After a fourteen-year break, when he became more involved in the family business (centered around the production of light bulbs) to build up financing for his future projects (since Aniki-Bobó was not a success). In 1956 he was back with O Pintor e a Cidade (The Painter and the City), in color, then went to the German Democratic Republic where he trained in the Agfa-Gevaert AG studios.

With O Acto da Primavera (The Act of Spring) in 1963, he became involved with the genre of visual anthropology in cinema (it was a filmed version of a popular theatrical piece), which together with A Caça, 1964 (The Hunt), a short, is a central piece in the work of Manoel de Oliveira but his work earned him ten days of interrogation by the PIDE, the political police of Portugal's Fascist regime at the time. Filmed theatre is a dominant feature in Oliveira's works.

From 1971 (with O Passado e o Presente, The Past and the Present) until 2001, he worked almost uninterruptedly, in works which presented the Spoken Movie which was the heartbeat of many of Manoel de Oliveira's films, with special weight given to the dialog between characters representing concepts and religious figures. However his work was extremely diversified and included movies in song such as "Os Canibais" (The Canibals), 1988.

The last of his movies to be shown will appear, now after his death. It is an autobiographical movie shot in 1982 based around the house where he lived since 1940.

He always said he made films for the pleasure of making them and was indifferent to what the critics said. Still mentally and physically active when he died, Manoel de Oliveira had three new movies lined up: the next was to be one about the role of women in the wine harvest, then there were two more, one based on A Ronda da Noite (The Night Round), written by Agustina Bessa-Luis and A Igreja do Diabo (The Church of the Devil).

Needless to say, after 87 years of professional activity, Manoel de Oliveira received a long list of awards, among these the World Humanism Prize in 2008, the Catholic Church Prize in 2010, the French Legion of Honor, among many other Portuguese and international awards.

Manoel de Oliveira will grace the annals of history for centuries to come not only for his artistic contribution but also due to his attitude towards work, providing a shining example for those in the Third Age to remain active, produce and contribute fully.