Russian President Vladimir Putin, who did not go to Poland to mark the 70th anniversary of the liberation of Auschwitz, visited the Jewish Museum and the Tolerance Center in Moscow, where he took part in commemorative events. 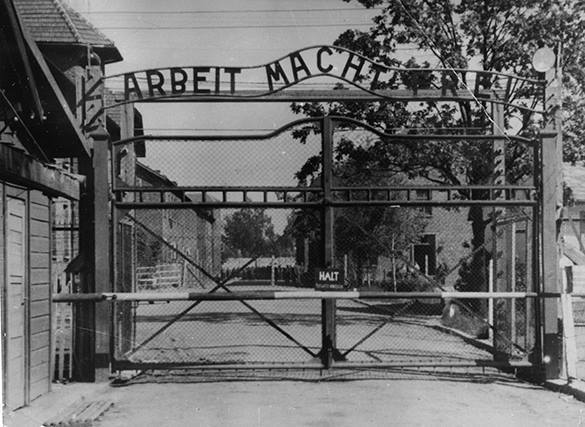 During the ceremony, Putin delivered a speech, in which he said that Russia would always remember the feat of the heroes, who protected the world from Nazism. "We bow our heads before the feat of soldiers and officers of the Red Army who defeated Nazism and stopped the terrible machine of destruction," Putin said. The Russian President pointed out the fact that Soviet soldiers defended not only their homeland against Nazism.

Putin urged the international community to stand together against the threats of terrorism and neo-Nazism in the modern society. "Paying tribute to our memory, we must look into the future," he said. "Crimes, like the Holocaust, should not be repeated. This is our common duty," said the president. "We must work together to defend peace and freedom of the people, defend the right of nations and peoples for their way of development,"  Putin said.

According to Putin, "misanthropic ideas still roam in the world." Among those he pointed out aggressive intolerance of other peoples, their traditions and culture. "There are attempts being made to split the society on national, racial or religious grounds," he said. Putin warned the world against following "double standards" - in his opinion, the situation in south-eastern Ukraine shows their destructiveness, where "for many months they cold-broodingly shoot civilians in the Donbass, in Luhansk."

Putin pointed out that attempts to "rewrite history are unacceptable and immoral." "Bandera and other collaborators, Hitler's accomplices, were involved in the destruction of the Jewish people, in the destruction of the Jews of Lviv, Odessa, Kiev and other settlements of Ukraine," said the president. He added that Nazis carried out ethnic cleansing of the population in the Baltic States too.

Putin condemned the attempts to silence those events. "Such attempts often conceal a desire to hide one's own shame, shame of cowardice, hypocrisy and betrayal, to justify direct or indirect tacit complicity to Nazis in carrying out their criminal policy."

Prior to the ceremony, President Putin visited the exposition titled "Man and Catastrophe," dedicated to mass destruction of concentration camp prisoners.

According to the UN General Assembly resolution from November 1, 2005, January 27 is celebrated around the world as International Holocaust Remembrance Day. This date coincides with the liberation of Auschwitz - the largest "death factory" in the history of mankind - by the Red Army. According to various sources, the number of Auschwitz victims varies from 1.5 to 2.8 million people.

The Russian president has not received a special invitation to special ceremonies in Poland. However, it was only former prisoners of the death camp, who received invitations for the ceremony. The Polish government sent the so-called event notification notice to foreign countries, including Russia. The notice is not an official invitation. As a result,  the head of the Putin administration Sergei Ivanov chaired the Russian delegation in Auschwitz.

Many politicians and public figures said that Putin should have been invited as a very special guest, because it was the Red Army that liberated Auschwitz.

Noteworthy, German Chancellor Angela Merkel, during her speech at the ceremony dedicated to the memory of the victims of the Nazi concentration camp, reminded everyone that it was the Soviet troops that liberated Auschwitz on January 27, 1945.

"This is great honor for me to be here with you today. The opportunity to speak with you fills me with a feeling of gratitude. Tomorrow will mark 70 years since the liberation of Auschwitz-Birkenau camp by Soviet soldiers," the chancellor said speaking in Auschwitz.

"The 1st Ukrainian front and Ukrainians liberated [the concentration camp], as on that January day there were Ukrainian soldiers, so they opened the gates of the camp," Grzegorz Schetyna told Polish radio on Wednesday.

The claim is historically inaccurate. While there were Ukrainians among the soldiers of the Soviet 1st Ukrainian front, the force was multiethnic and included Russians, Belarusians, Armenians, Georgians, Tatars, Chechens, and a plethora of other ethnic groups, RT reports.

Russian Foreign Minister Sergei Lavrov harshly criticized the Polish minister for his remarks and said that "playing on some nationalist feelings in this situation is utterly sacrilegious and cynical."