Vadim Gorshenin: The difference between Pravda and Pravda.Ru 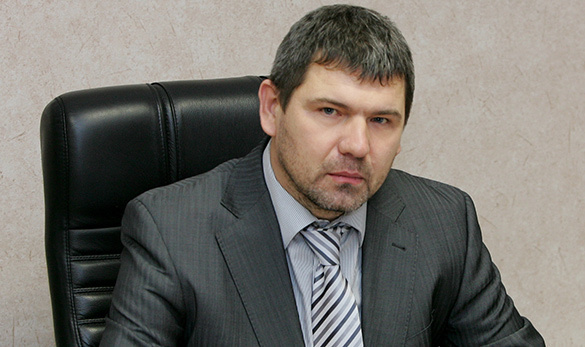 The legendary newspaper Pravda is now older than 110 years, and its multimedia successor Pravda.Ru is going to celebrate its 16th anniversary in January 2015. Chairman of the Board of Directors of Media Holding Pravda.Ru, Vadim Gorshenin, appeared in a studio  of the Higher School of Trading to speak about the history of the Pravda, the birth of Internet journalism and the influence of oligarchs on mass media.

"What happened to the newspaper Pravda after the collapse of the USSR? What is Pravda.Ru?"

"The Pravda is a well-known Soviet publication. I started working there when I was a student of the Department of Journalism at the Moscow State University. It was the time of perestroika. There was the youth desk arranged at the newspaper Pravda that we, students, were editing. We were given one column a week. After graduation, I continued working at the newspaper Pravda.

"We were interacting with the people, who were making history. Two years ago, the newspaper Pravda celebrated its 100th anniversary, and I invited the Pravda people to remember the history of the newspaper. In particular, we talked to Yevgeny Primakov, who remembers very well what was happening and how. He obtained all his ties during the time of his work as a staff reporter of the Pravda in the Middle East.

"The newspaper Pravda has had very difficult times. I think that the newspaper has been actually destroyed, to my great disappointment. The former editor in chief, who was elected immediately after the coup in the USSR, sold the controlling stake in the newspaper to some Greek businessmen, without informing the editorial staff of the newspaper. The paper became a supplement to their business. They could enter the government and make friends with Viktor Chernomyrdin, Yegor Gaidar, and so on. The government opened the doors for them, because they were the owners of the newspaper Pravda.

"In 1993, when October events took place, the newspaper personnel rebelled against those Greeks. Back in those days, the salary of a Pravda journalist was lower than the floor, as we say. Russian business was interested in the newspaper Pravda. This is a brand that is recognizable in the whole world. The rebellion did not happen, so we took the matter to courts. I had to retrain as a lawyer. Eventually, we won those cases and began publishing the newspaper. However, it continued for about a year or a year and a half.

"Some time after, I was told how it all happened. We did not know it then. As part of the agreement between the presidential administration and Gennady Zyuganov, the newspaper was handed over back to Communists under the ruling from the Supreme Arbitration Court. We did not feel like working with communists, especially with Gennady Zyuganov. During that dispute that we had with the Greeks, he came to us and said that he could always settle all conflicts, he assured us that the newspaper must be solely a Russian publication, with no Western capital involved and so on. After talking to us, he went directly to the Greeks and talked to them. He left their office holding two bottles of Metaxa in his hands, and we understood everything at once.

"As a result of this attitude, most of the staff of the newspaper Pravda and Gennady Zyuganov, the leader of the Communist Party, started going their separate ways. So, if we go back, the newspaper that we started publishing was then closed. In fact, that was the time when I faced the question of what to do next. At that time, RBC holding was becoming more and more popular. It was the first company, which, if I'm not mistaken, started publishing news for free. I looked at it, and in January 1999 we launched Pravda.Ru, the website.

From Pravda to Pravda.Ru

"As for English-speaking audiences, the English version of RIA Novosti, a news agency, had fewer visitors in comparison with the English version of Pravda.Ru. I attribute this, of course, to the Pravda brand that is still a good brand in the West, because the West has been more conservative than the Russian society in the last 20-25 years, when Russia has seen several revolutions during those years. It just so happened that it was me, who created Pravda.Ru, so I am the sole shareholder in this company, the only owner."

"Who are the shareholders? On the Internet, people wrote that the major shareholder of Pravda.Ru is a well-known writer and blogger Marina Yudenich."

"This is the first time when I hear it from you."

"How does your media holding develop? How profitable are online media?"

"This business is quite interesting. I can compare Pravda.Ru with other publications. We are probably the only company that was developing on the basis of the step by step technology. When Pravda.Ru was launched, our people, including myself, were working from home, uploading information on the website through modem connection. We had neither offices, nor money. We would gather together only once a week. Then some agreements appeared along with small advertising revenue. We rented an office, and later another one, and the company started growing.

"I've always been aware that one needs to protect the publication from economic turmoil. Once or twice, we had to send people on an unpaid leave for a month. We've had such times, of course. However, it gave us stability, in contrast to, let's say, gazeta.ru or lenta.ru that were created with the help of money from the Kremlin administration.

"Yes. There is always money involved. I feel completely normal, because we work and earn. Nobody gives us money just like that. We do not have a wealthy man,  who can fund political activity or something else. Our revenues come from our agreements with regions and advertising. We also have separate projects. This allows us to determine the editorial policy.

Print media may disappear in 10-15 years

"He who pays the piper calls the tune. Understandably, any media is a tool influence that one needs to invest in. This is not always a bad thing. This is normal. This is a common situation, because those who have an opportunity to take to the streets and speak in front of large audiences, they use this opportunity. Those who do not have this opportunity, but have money, they can hire someone and open media resources to broadcast through them. This is global practice."

"Virtual media and paper media are two different forms of journalism. At MGIMO (Moscow State Institute of International Relations), I teach a course of Internet journalism. Recently, we were analyzing differences and contradictions. When you write a text for a print newspaper, one needs to pick synonyms, use a variety of words and so on. In online journalism, a text will live for more than one day if it is a SEO-optimized text. One needs to put in keywords proceeding from the subject of the text - everything needs to be done on the basis of Internet laws. Of course, from a literary point of view, the text will be ruined, but we understand that we must take search engines into account.

"When you read a material in a print publication, one can often see notes that say: "See our previous material from this or that date." Never in my entire life have I tried to look for an earlier issue of a newspaper to find out what was written there. On the Internet, you just click a link. A newspaper or a magazine is a product that we hold in our hands. On the Internet, there is a phenomenon of multimedia. We can immediately find the materials that we are looking for, read or watch a video.

"It is a pity that Internet journalism, just like newspaper journalism, has lost many genres that used to be the hallmark of Russian journalism. An essay is a rare form of journalism now. An essayist is like a small writer. I have not come across the genre of feuilleton lately either. I do not know how feuilletons or essays can be popular on the Internet now. I understand that time flies very fast, and in ten years all the current presentation of formats will most likely become obsolete, a lot will change.

"When the Internet appeared, it was seen as a source of professional news and e-mails. If you look at how the Internet is used now, will print media still be alive in 10-15 years or will they all go online?"

"I'm not sure if it is going to be all about the Internet. New technologies keep coming up, they develop quickly, and soon they will change everything yet again. I think that people will be able to live in a virtual environment. I have no doubt that after some time, a variety of virtual things will be created, and people will be able to plunge in there to live in the reality where they like to live and work. This is something completely different that we do not imagine yet."