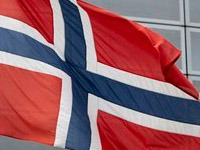 In accordance with the laws of Norway, any child, who lives in the country, is protected by the state. It is the state that can decide whether a child shall live with biological or foster parents. The decisions taken by local child protection services are more relevant that judges' decisions.

Another Russian citizen, who lives in Norway, has addressed to Pravda.Ru for help. The woman's name is Maya Kasayeva. One may say that her story is typical. The Norwegian authorities took the woman's child - a boy born in 2002. Originally, the authorities offered the woman an alternative.

"During the court hearings, the judge told me: 'We give you residence permit, and you give us your son.' I refused, and then the repressions started," Maya said.

The woman with her three other kids was accommodated in a refugee camp. She lost the right for work, and her children lost the right for education. Since Maya continued to fight for her son, the authorities simply decided to deport the woman from the country to get rid of the problem.

"I learned about it incidentally. The Russian immigration service contacted me to find out the place of my latest registration. When I asked them why they needed that information, they told me that they had the documents for my deportation from Norway," Maya said.

The woman asked how many of her children were listed in the documents. It turned out there were three. When the officers of the Russian immigration services were told that there were four children in Maya's family, they submitted a protest against the woman's deportation.

The Kasayevs are living in limbo. "Many people want to come to live here, but we can't leave this country, because they hold my son a hostage," Maya said.

The new foster parent for the woman's son is an elderly disabled man. Apparently, from the point of view of Norwegian authorities, this is an example of a full-fledged family for a child. Maya has not been able to see her child for two years already. Norwegian officials claimed that the woman wanted to kidnap the son to take him out of Norway, to Russia.

It is impossible to understand this accusation from the point of view of common sense. Is it a crime when a mother wants to return back to Russia with her child, a Russian citizen?

However, Maya's boy no longer holds the Russian citizenship. He became a citizen of Norway, which excludes the position of common sense for this situation.

In accordance with the laws of Norway, any child living on the territory of the country is protected by the state. Everything seems to be correct about it. As a matter of fact, the law is interpreted as follows: All children belong to Norway, to the municipality where they live. Those municipalities can appoint their representatives in local child protection services. The latter hold nearly absolute power: their decisions are higher than court decisions.

Also read: Can victims of pedophiles hope for anything?

The stories of the Russian women, whose children were taken away from them by Norwegian authorities, develop under similar scenarios. They would find themselves in a complicated situation, mostly because they divorced their Norwegian husbands. Afterwards, they come in sight of the local child protection services. Some women would come to those services themselves, hoping that they would find help and support there.

The result is always the same. The woman would be taken under control. The services would put psychological pressure on the woman and eventually take her child or children away from her. Going to court is not a way out - the courts never acknowledge that child protection services commit illegal actions.

There are many stories in Norway when children were taken away from the parents, who used to be delivered to foster families during their childhood too. Officers of Norwegian child protection services say in such cases that those who grow up in foster families have no comprehensive family experience and are unable to fulfill their parental functions properly.

Being unable to fight the system, some unfortunate parents commit suicide. Scandinavian countries have a rich experience in suppressing those people whom they consider "defective citizens." There was a law about coercive sterilization in Sweden before 1976. The law was used against mentally retarded and physically handicapped females - mostly from national minorities.

In Switzerland, authorities would take children away from gypsies to deliver the children to "normal" foster families. This practice was used in the country before the 1970s. In Australia, children would be taken away from their indigenous families.

The Swiss authorities brought official apologies to gypsies. The same happened in Australia in 2008. However, the brutal practice continues to prosper in Norway, where no one is going to apologize for anything.